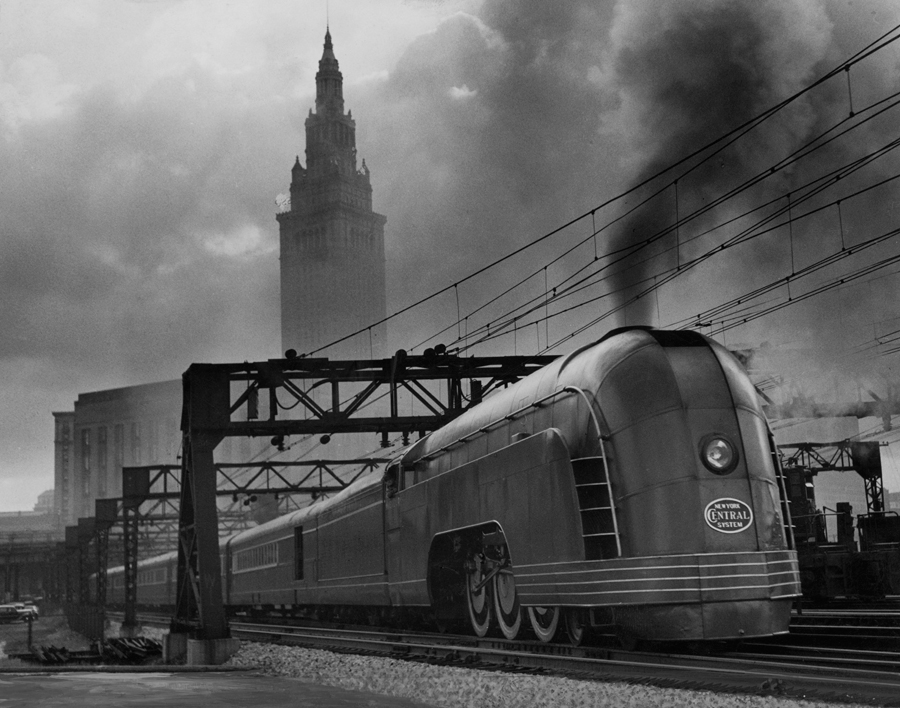 Ticket for a 1938 trip on the Cleveland Mercury
Mercury was the name used by the New York Central Railroad for a family of daytime streamliner passenger trains operating between midwestern cities. The Mercury train sets were designed by the noted industrial designer Henry Dreyfuss, and are considered a prime example of Art Deco design. The success of the Mercury led to Dreyfuss getting the commission for the 1938 redesign of the NYC’s flagship, the 20th Century Limited, one of the most famous trains in America.

A fourth train, the James Whitcomb Riley between Chicago and Cincinnati, used the same design for its train sets and is considered part of the Mercury family, although it did not bear the Mercury name. The Riley debuted in 1941 and lasted into the Amtrak era, though no longer a streamliner.

This is really neat. Love that old retro streamlined style.

Previous Post: « American soldiers escorting little Dutch girls to a dance, 1945
Next Post: “Love all, trust a few, do wrong to none.” William Shakespeare »