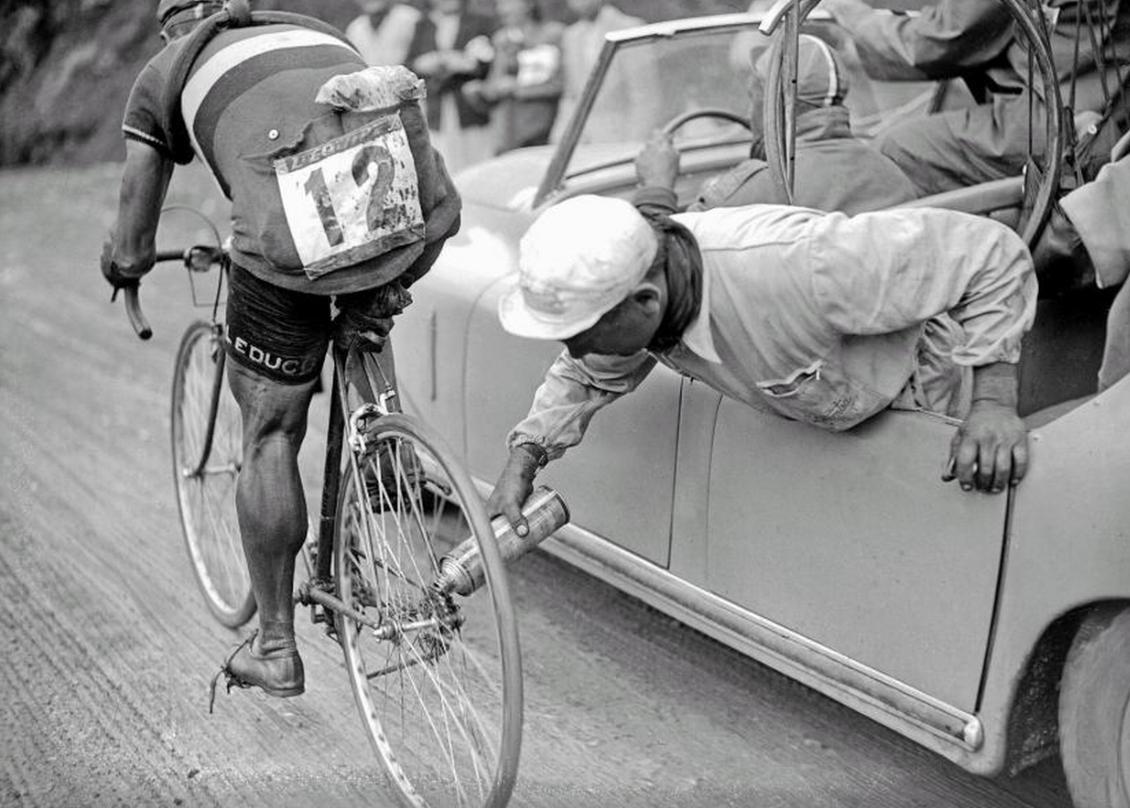 The Italian team had internal problems, because Gino Bartali and Fausto Coppi could both be the team leader. During the selection procedure, Coppi almost refused to start the race, but he was convinced to start. During the race, Coppi almost pulled out, because he felt he did not have full support from the team captain. In the Alps, Coppi recovered. The race was won by Coppi, with second place taken by teammate Bartali, the winner of the previous year. Coppi also won the mountains classification, while his Italian team won the team classification…. Wikipedia

This is so awesome, also look at those muscles!

Previous Post: « European Jews on Ellis Island protest against their deportation to Germany, 1936
Next Post: Portrait of Willie R. Fisher, a 150 pound 6-year-old boy who was exhibited at the Cheshire County Fair in New Hampshire in 1874 because of his extreme weight »