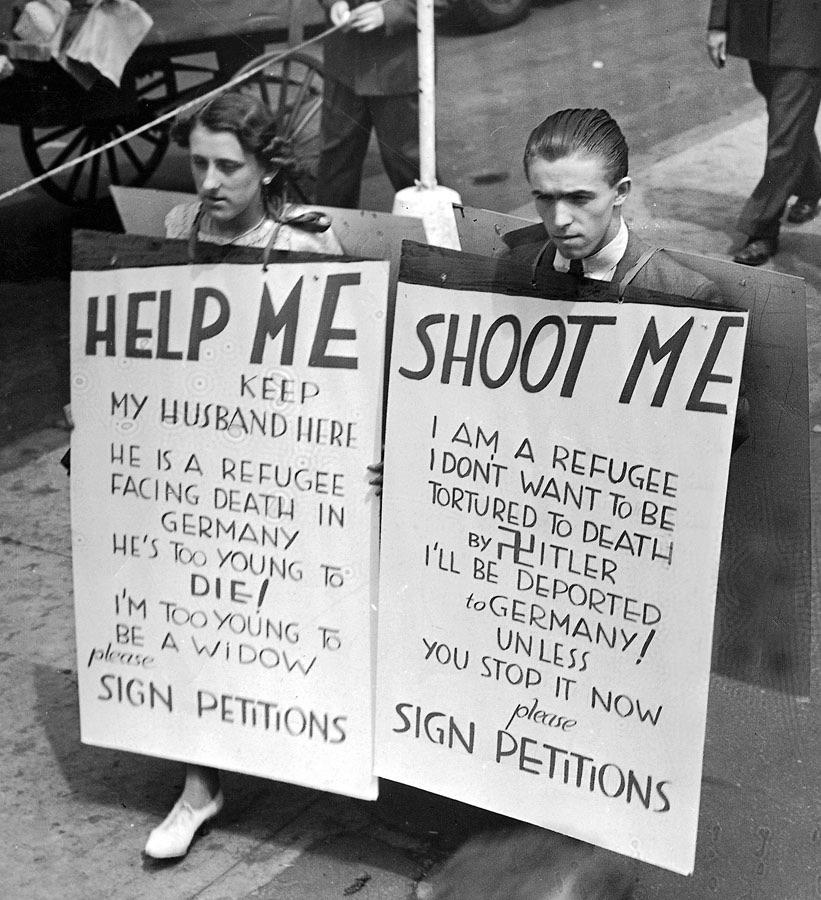 THE GALVESTON MOVEMENT: WHEN JEWS LEFT RUSSIA AND LANDED IN TEXAS

Amid American anti-immigrant sentiment in the early 1900s, Jewish organizations recruited Eastern European Jews and transported them to an unexpected destination.

When you grow up, before you have expanded your universe, gone away to school, traveled, and tapped into electronic information, you think the rest of the world is like you and your family.

That was certainly true in my case. I believed everyone had grandparents who fled the miseries of Eastern Europe and sailed in steerage to Ellis Island, within view of the Statue of Liberty.

Once they had cleared immigration, they lived in a world of pushcarts and peddlers on the Lower East Side. They spoke Yiddish, worked in sweatshops, somehow migrated to Brooklyn and Queens, and gave birth to children who spoke English.

It was a bit of a surprise when I met other Jews whose ancestors arrived in Boston, Philadelphia and ports in Canada.

But it was nothing like the shock I felt when I was visiting Galveston, Texas, and I learned about the Galveston Movement. Jews left Russia and landed in… Texas? First, I learned that Galveston, which is close to Houston, is an island, and that at one point it was the most important commercial hub in Texas and a bustling port. Shipping? Sure. But shipping Jews? I reoriented my trip to Galveston and went on the trail of this little-known story.

IN THE early 1900s, Ellis Island and the East Coast were absorbing millions of immigrants. The pressure of this influx of often uneducated and unskilled newcomers was creating a huge backlash.

A wave of anti-immigrant sentiment rolled in, and it washed right up to the portals of power in the White House.

During the administrations of presidents Taft and Wilson, there were multiple attempts to limit immigration, and this set off alarm bells in the Jewish communities in Eastern Europe and the US. In Russia especially, there were escalating pogroms, poverty and panic, and Jews needed a safe place to go, where they could find work and a better life.

Zionism was one response, and another, competing response, was the plan to avoid the maelstrom of Ellis Island and the East Coast and bring immigrants to Texas, to settle west of the Rockies, away from the crowded city neighborhoods in the East. Founded and largely financed by the deep-pocketed philanthropist and businessman Jacob H. Schiff, the Galveston Plan was hatched.

European organizations in London and Russia would recruit Jews, and, on board the vessels of the Bremen-based North German-Lloyd Shipping Company, they would be transported to Texas.

Once there, they would be given kosher food and opportunities to bathe.

They were then shipped out of Galveston on the same day, or almost always within 24 hours, to places where employment had been secured for them.

Successful German Jews were already settled in Galveston, and were well integrated into the bustling commercial life of the city. Surely they would help their Eastern European brethren, even if they were from a different economic class. And a highly esteemed, British-born, Galveston rabbi of Temple B’nai Israel, Dr. Henry Cohen, became an instrumental part of the plan. Everything was in place. The outside of the Old Synaogue in Galveston.  (photo credit: PAUL ROSS)

So of course I wanted to find out what happened to the Galveston Movement.

Do people in Galveston today know about it? The short answer is no. I asked every sentient being I could find in restaurants, hotels, tourist areas, but I came up empty-handed.

Then someone mentioned to me that Rabbi Jimmy Kessler had founded the Texas Jewish Historical Society, was the first native-born Texan to serve as rabbi of Congregation B’nai Israel, and would possibly have time to talk to me because he had just retired.

Excited, I called him at once and was not disappointed. He told me that Cohen, of Galveston Movement fame, was the rabbi at B’nai Israel for more than half a century, and one of Kessler’s great regrets was that he had never met Cohen when he was a child and his parents took him to Galveston. They were visiting the island on vacation, and religious services were not on the agenda.

“Rabbi Cohen was British; people here thought he was classy and loved him.”

Kessler also told me that German Jews had settled in Galveston in the 19th century, and, surprisingly, “they didn’t walk away from their Judaism and established B’nai Israel in 1868. There was no Reform movement yet. It must have been tough for them to be Jewish in Galveston at that time.”

AS SOON as I knew that German Jews had already settled in Galveston, the city took on another color. In the Strand Historic District, a plaque in front of the luxurious Tremont House hotel informs visitors that in 1879 it housed the business of Leon and H. Blum, and it still retains much of its 19th century charm.

Hmmm, I thought. Blum. Sounds like a German name. A little research confirmed that they were German Jews and the largest importers and dealers of dry goods in the area; their reach extended as far as Oklahoma and Mexico.

The concierge in the hotel suggested I check out the Rosenberg Library to learn more about the Jews of Galveston, so I walked there. Henry Rosenberg was a wealthy Jew from Switzerland who made his fortune in the 19th century in banking, real estate, and transportation.

When he died, he bequeathed a sizable chunk of that fortune to build a library. The Rosenberg Fountain, dedicated to Henry Rosenberg, who funded the building of the city’s library.
(photo credit: PAUL ROSS)

In a research and reading room, I spoke in whispers with a librarian named Casey Greene, who said that 10,000 Jews arrived between 1907 and 1914 as part of the Galveston Movement. They settled in every state in the West, and it was the only substantial example of organized Jewish immigration to the US.

Greene also said that Cohen was a remarkable man who spoke 10 languages fluently. He met Eastern European Jewish immigrants when they disembarked, and spoke to them in their native tongues. He helped to get them provisions and train tickets for their intended destinations. He worked with Schiff to settle the interior of the country, where they needed farmers and skilled workers with trades.

I longed to know more and walked to the Pier 21 theater to see its film on immigration in Galveston, but was disappointed that there wasn’t much detailed information about the Jews, except that after the end of slavery (it ended there two years later than in the rest of the country), immigrants supplied cheap labor. And the advent of the railroad made it possible to get people to the interior of the country. But by 1914, the Galveston Movement was no more.

I wondered what had caused the end of the Galveston Movement in 1914? Was it because World War I broke out? I CALLED Kessler again, asked him the question, and he strongly recommended that I get a book called Galveston: Ellis Island of the West, by Bernard Marinbach.

And as soon as I opened the book and read the first page, I knew I had hit pay dirt.

According to Marinbach, the movement’s problems began before 1914 because there were many laws and restrictions that created obstacles. It was illegal to recruit immigrants in Europe, and also illegal to pay for their passage.

The immigrants had to be young (40 was the absolute upper limit), healthy, and capable of doing physical labor.

Most of the immigrants had to travel to Bremen to embark for Galveston; lodging conditions there were miserable and crowded for the Jews, and they were treated poorly.

When they finally boarded the ship for the arduous three-week voyage, things got even worse. They were mistreated, and there was inadequate food and horrible hygiene. No matter how much pressure was exerted on the shipping line by the principals of the Galveston Movement, conditions never changed. The North German-Lloyd Shipping Company had no competition on the route, so there was no incentive to improve.

After they arrived at Galveston, the immigrants faced deportation if they looked unhealthy, even if, in fact, their health was fine. They were sent back to Europe if they had hernias, were homosexual, or weren’t skilled. A teacher was considered unskilled because he wasn’t equipped for physical labor. A shoemaker was deemed to be skilled, but a shoe “upperer” wasn’t.

News of the deportations created negative feelings and fear back in Russia.

And immigrants griped that high wages were promised in Europe but not delivered in Texas.

The list of obstacles seemed insurmountable: an economic depression in the US in 1908; a tightening of immigration laws; battles between the various Jewish organizations; clashing egos; available jobs drying up in times of economic woes. And some potential hirers in the West and Midwest said the Galveston Jews complained bitterly and had high expectations for salaries and ease of work. Many of the immigrants who came were not fit for hard physical work, and they quit their jobs. They set off for other cities to find work on their own.

The list goes on: the immigrants didn’t speak English. They had to agree to work on Shabbat. They were isolated and couldn’t find Jewish communities. Some had lied about their skills and were unable to do the work. Some hirers actually preferred East Coast immigrants who had lower expectations because they had already experienced unemployment and low wages. When World War I broke out in 1914, jobs were no longer available.

JEWISH IMMIGRANTS already living in America were both for and against the Galveston Movement. Some thought the newly arrived Jews should move to places where they could settle rather than being transported or led to destinations chosen for them. Jewish newspapers in Europe emphasized a lot of the problems, scaring potential immigrants to Galveston.

With such resistance, the desperate immigrants had to be resourceful. Some lied and said no one had helped them with money for passage. Others faked relatives in the US who supposedly would assist them. A few left Russia with extra food tucked in their pockets – such as one man who ran away from the Czar’s army and was given gribenes by loving relatives. Gribenes. I ate those when I was growing up. My grandmother, who came from Russia, made them.

As I read, I began to reflect that anti-immigrant reasoning in the early 1900s was similar to attitudes today. They will take our jobs. They don’t speak English. They look ragged. Some of them arrive barefoot and without even a shirt on their backs. They are poor and will be a social and economic burden.

Happily, some of the immigrants who arrived with nothing thrived in America, and went on to open businesses of their own, disproving the arguments of the naysayers.

Finding out about the Galveston Movement opened up a door for me to understand how Jews got to Kansas City, Oklahoma City, Milwaukee, St.

Kessler said that of 10,000 immigrants, only 300 remained in Galveston.

He also affirmed what I was feeling: that little has been written about the Galveston Movement. Research is complicated by the fact that, according to the rabbi, the US government claims that the original documents have been destroyed.

I left Galveston with deep admiration for the thousands of Jewish immigrants – known and unknown – who had braved such hardship to come to America to make a new life for themselves, their families, and their descendants…. Jerusalem Post