That Missing $21 Trillion and the Breakaway Civilization: The US government cut off inspection of their own financial accounting to the public. If trillions of dollars are flowing in and flowing out, it appears to be outside of our Constitution and outside of the rule of law. 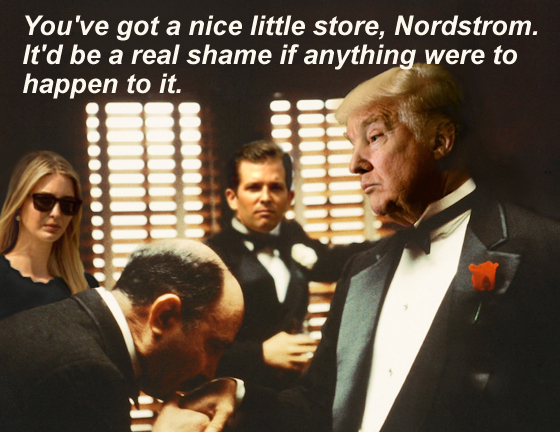 You know things are in a bad state when an economics professor at one of the country’s most prestigious research universities, the University of Michigan, says that there’s about $21,000,000,000,000 missing, and when he says that in spite of his best efforts to find out where it went, he meets a stone wall of obfuscation, buck-passing, and missing links. The story has now captured the attention of Mr. Greg Hunter, well-known financial commentator at USAWatchdog.com

“No money shall be drawn from the treasury, but in consequence of appropriations made by law; and a regular statement and account of receipts and expenditures of all public money shall be published from time to time.” ~ Article I, Section 9, Clause 7, U.S. Constitution

A new Department of Defense Inspector General’s report, released last week, has left Americans stunned at the jaw-dropping lack of accountability and oversight. The glaring report revealed the Pentagon couldn’t account for $6.5 trillion dollars worth of Army general fund transactions and data, according to a report by the Fiscal Times.

That’s enough money to start a breakaway civilization on Mars.

Catherine Austin Fitts Says $21 Trillion US Dollars Created Out of Thin Air & Then Stolen?
Former Assistant HUD Secretary and Wall Street Investment Banker, Catherine Austin Fitts of the Solari Report, has recently provided compelling evidence that $21 trillion US Dollars was created out of thin air and then stolen by the DOD/Pentagon. That’s $65,000 for every American! Do you believe her? Where do you think the money was spent?

$21 Trillion dollars is missing from the US government. That is $65,000 for every person in America. That is more than our entire national debt!

What’s going on? Where is the money? How could this happen? How much has really gone missing? What would happen if a corporation failed to pass an audit like this? Or a taxpayer?

This means the Fed and their member banks are transacting government money outside the law. So are the corporate contractors that run the payment systems. So are the Wall Street firms who are selling government securities without full disclosure. Would your banks continue to handle your bank account if you behaved like this? Would your investors continue to buy your securities if you behaved like this? Would your accountant be silent?

The Solari Report has been covering the missing money since 2000 when Catherine Austin Fitts began to to warn Americans and global investors about mortgage fraud at the US Department of Housing and Development (HUD) and the engineering of the housing bubble that lead to trillions more dollars in bailouts.

sinedup4thiscomment: $200 billion annually could literally create a new civilization. That’s like the GDP of Finland.

D0ctahG: Does this mean we don’t have to pay taxes anymore because it’s promoting criminal actions. If you pay your taxes you are negligent.

DrHenryPym: Catherine Austin Fitts has been saying this for years. She has a great lecture at the Secret Space Program conference in Texas that explains the legal mechanisms the deep state uses to fund their black-projects.

JediMasterSteveDave: Yep. This is essentially what David Wilcock and Corey Goode have alleged for well over the last 5 years, if not longer.

Essentially, back with Bilderberg (1951) the governments of the western world ‘broke’ from mainstream and have funneled tons and tons of resources (money and minds) towards a breakaway Secret Space Program. If what they say is true, it apparently is sort of a mass-up of Star Trek and Men in Black: we have bases on seval moons and a few planets in our system as well as having a secretive government ‘bureau’ that handles extraterrestrial stuff. The latest are supposedly that we’re going to move off the enslavement economy (fiat) and that these people who have essentially been robbing the world of technology and money will be held responsible and the secrets will be released much faster.

« Arctic explorer Peter Freuchen with his first wife Navarana Mequpaluk ca. 1912. Freuchen was once trapped in ice for 30 hours and escaped by making a chisel out of his own frozen feces. Not only that, he then amputated his frostbitten toes with pincers and a hammer
“You have to have dark in order to show light, just like in life.” Bob Ross »