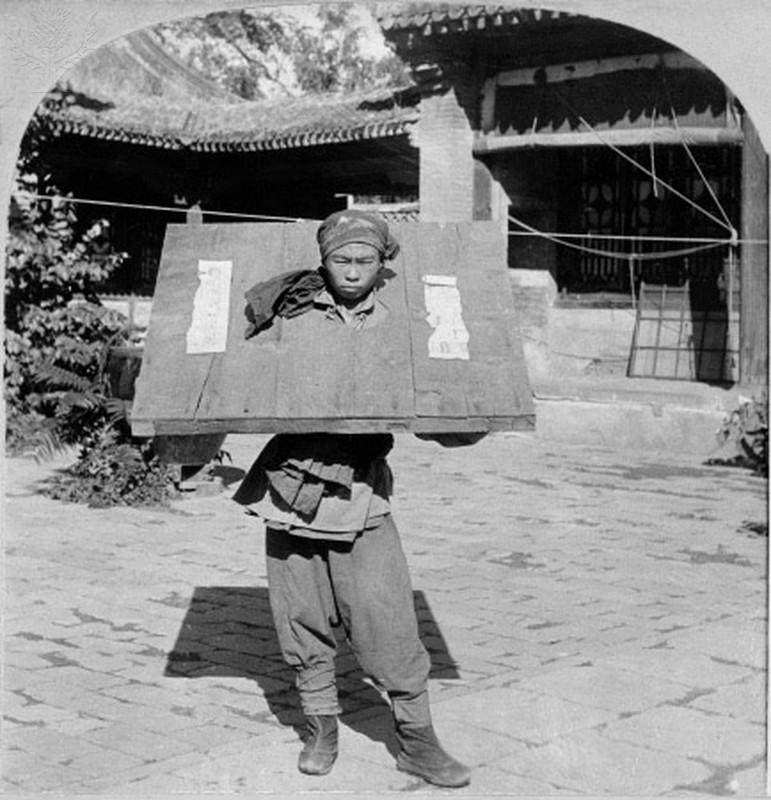 Lord_Cornwallis_III: It may not look comfortable but this was a mild punishment for captured Boxer rebels! Most were beheaded on the spot by Chinese nationals. The boxer rebellion featured the armies of nine nations fighting the rebels. Historical views on the Boxers vary. Some argue they are better seen as anti-imperialist, patriotic, and proto-nationalist others as “uncivilized”, irrational, and futile opponents of inevitable change. The guy in the photo looks like he considers the argument a moot point!

ChillMaster195: Ah the Boxer Rebellion! A time when all the world powers were united against one cause. Truly the greatest time in history.

« This a**hole.
Central Park during the great depression, those shacks were called Hooverville after the president »