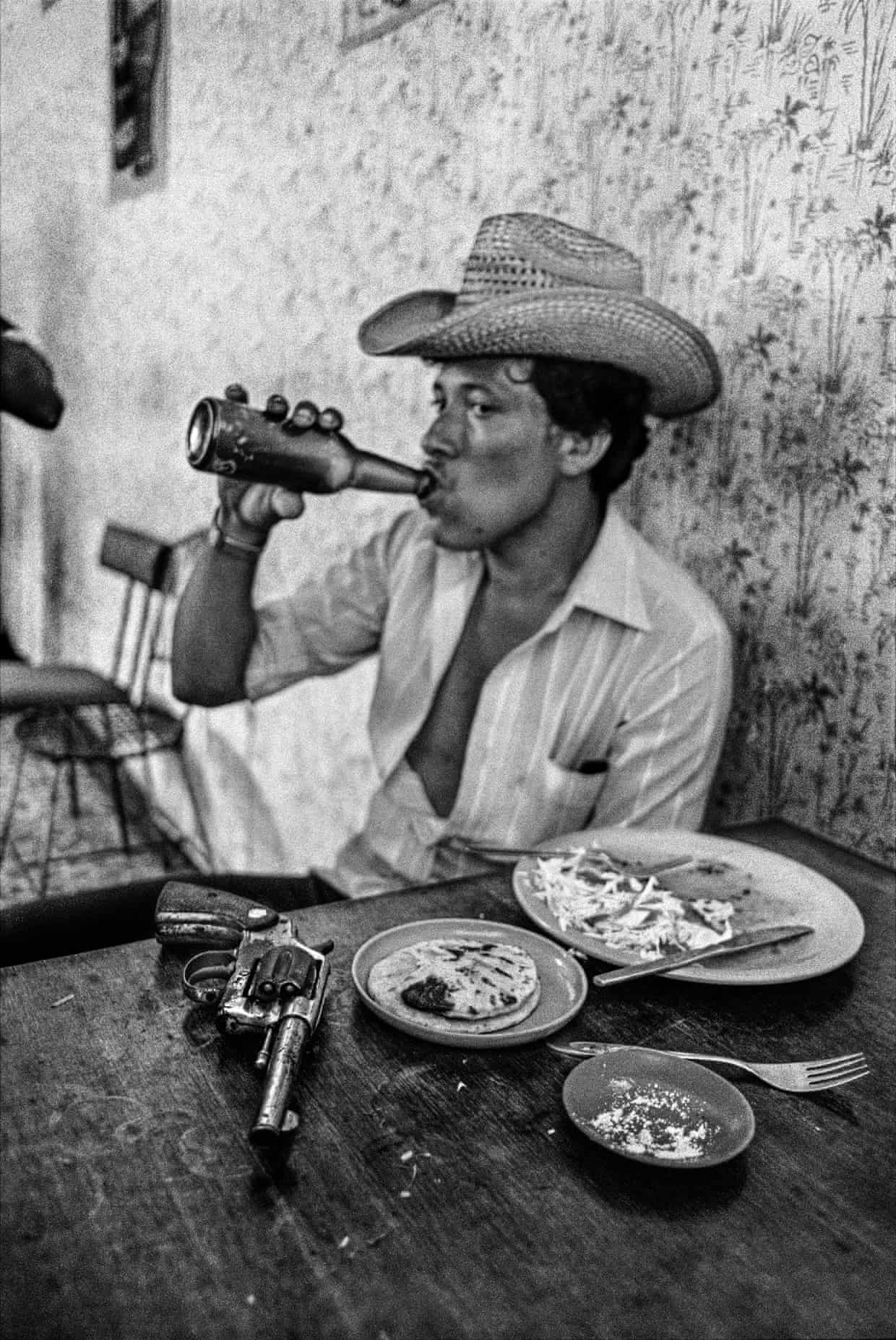 FarmerJethro: I bet those papusas are top notch though. I miss salvadoran food

knightlok: I come from El Salvador, he is eating some pupusas and curtido (miss them so much). Death Squads or “Escuadrones de la muerte” were people who like their name describe, were squads of people (paramilitary, police officers, soldiers outside of uniform) who basically performed horrible killings of their opposite political party members.

More recently, they have started to come up again as an answer for the increase in gang violence. Some days you’d wake up and see in the news, “12 gang members found brutally executed”. Sometimes people have enough and act.

Autarn: This could be a scene from any number of Cormac McCarthy books.

PmMeYourMug: Horrible gun maintenance. Lucky for him, revolvers are near fail proof.

edgvrr: I’m from El Salvador and my parents grew up during the civil war, They would remember that their parents and grandparents would tell them to hide because the guerrilla army would come to recruit young men and women and even kids. The national army would sometime even recruit men off the streets if they needed more soldiers. Rough times they recall.

BigWhiteDope: Whenever I hear of Death Squads I always tend to think of it purely as a South American thing given the issues with various political uprisings and gang warfare.

Is this a correct assumption? Or am I being naive?

lurkinfapinlurkin: He’s having a hand gun for lunch?

Previous Post: « The Graf Zeppelin, the Hidenburg’s sister ship, flying above the US Capitol, October 1931.
Next Post: “Its not the size of the dog in the fight, it’s the size of the fight in the dog.” Mark Twain »