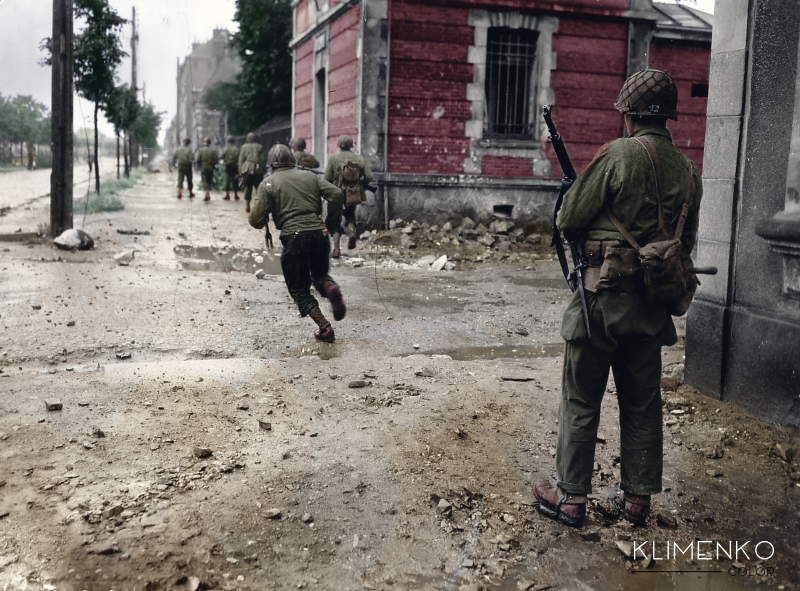 The Battle of Cherbourg was part of the Battle of Normandy during World War II. It was fought immediately after the successful Allied landings on June 6, 1944. Allied troops, mainly American, isolated and captured the fortified port, which was considered vital to the campaign in Western Europe, in a hard-fought, month-long campaign.

Previous Post: « Pictures of prisoners in Dachau concentration camp
Next Post: Skating in a museum not a crime? »