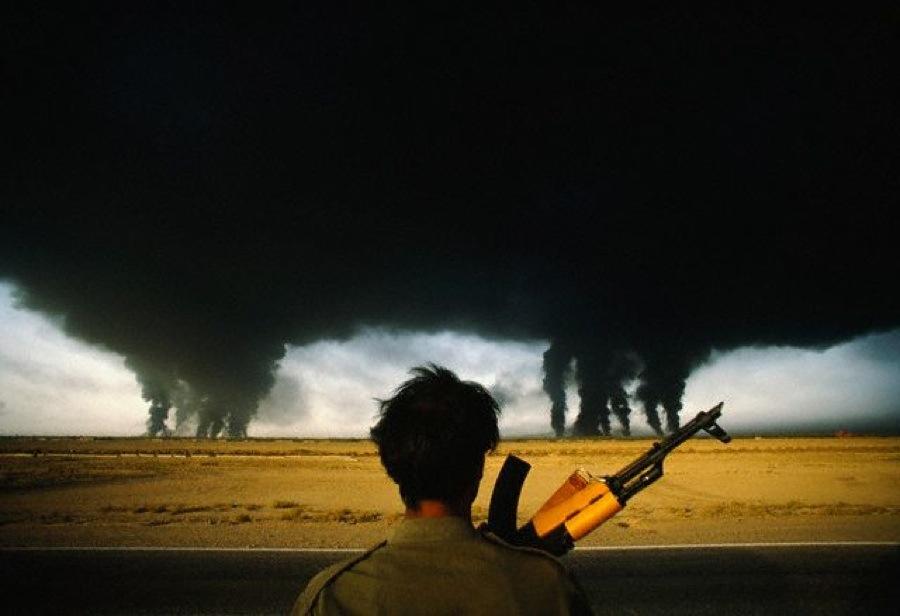 The Kuwaiti oil fires were caused by Iraqi military forces setting fire to a reported 605 to 732 oil wells along with an unspecified number of oil filled low-lying areas, such as oil lakes and fire trenches, as part of a scorched earth policy while retreating from Kuwait in 1991 due to the advances of Coalition military forces in the Persian Gulf War. The fires were started in January and February 1991, and the first well fires were extinguished in early April 1991, with the last well capped on November 6, 1991.