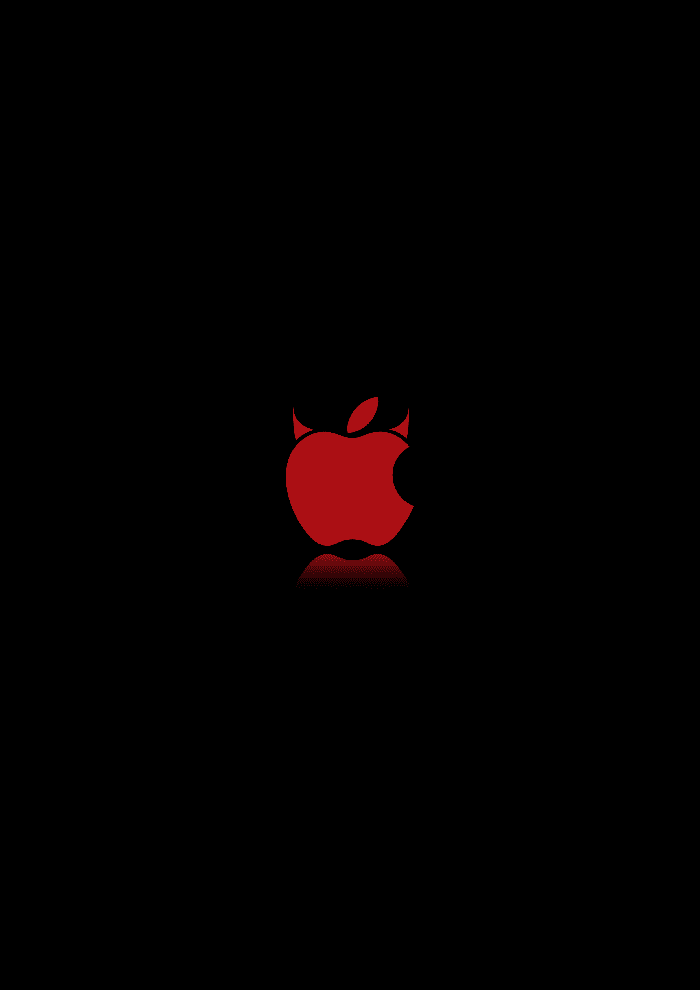 Reddit users have noticed that Apple appears to be slowing down old iPhones that have low-capacity batteries. While many iPhone users have experienced perceived slowdowns due to iOS updates over the years, it appears that there’s now proof Apple is throttling processor speeds when a battery capacity deteriorates over time.

Geekbench developer John Poole has mapped out performance for the iPhone 6S and iPhone 7 over time, and has come to the conclusion that Apple’s iOS 10.2.1 and 11.2.0 updates introduce this throttling for different devices. iOS 10.2.1 is particularly relevant, as this update was designed to reduce random shutdown issues for the iPhone 6 and iPhone 6S. Apple’s fix appears to be throttling the CPU to prevent the phone from randomly shutting down. Geekbench reports that iOS 11.2.0 introduces similar throttling for iPhone 7 units with older batteries.

When reached for comment, Apple basically confirmed the findings to The Verge, but disputes the assumed intention:

Our goal is to deliver the best experience for customers, which includes overall performance and prolonging the life of their devices. Lithium-ion batteries become less capable of supplying peak current demands when in cold conditions, have a low battery charge or as they age over time, which can result in the device unexpectedly shutting down to protect its electronic components.

Last year we released a feature for iPhone 6, iPhone 6s and iPhone SE to smooth out the instantaneous peaks only when needed to prevent the device from unexpectedly shutting down during these conditions. We’ve now extended that feature to iPhone 7 with iOS 11.2, and plan to add support for other products in the future.

Apple is effectively saying that it’s not slowing down older iPhones just to urge people to upgrade to newer devices. Rather, the company says it’s addressing an issue with devices containing older lithium-ion batteries that results in unexpected shutdowns. Because those older batteries are incapable of handling peak current draws with the same effectiveness of iPhones with newer batteries and more efficient processors, they run the risk of the device powering down to prevent damage to its internal components. The same is true of devices running in extremely cold or hot weather, as evidenced by a recent kerfuffle with the iPhone X shutting down randomly in freezing temperatures.

It all makes sense. As battery life degrades, a smartphone’s ability to achieve the same performance with less efficient battery use degrades as well, and Apple has released updates to address that problem as best it can and avoid embarrassing device malfunctions or even potentially dangerous component failures. However, the company isn’t doing itself very many favors by being a bit opaque. It’s clear that controversies like this — underpinned by conspiracy theories around planned obsolescence — sprout up because there is a lack of communication between device manufacturers like Apple and consumers.

It’s also clear that Apple, which makes its devices hard to open and repair, could do a better job helping consumers understand the benefits of battery replacement. That’s something the company seems less inclined to do when it might mean forgoing the sale of a new iPhone every 12 to 24 months. 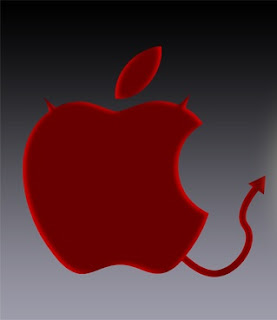 Bileeb: I’ve always thought there’ll come a time where either an internal apple whistleblower or an external firmware debugger will determine that they do in fact slow down devices as they get older. This being a reason to encourage users to upgrade and thus earn more money.

However, I always thought that if this was found out they’d be absolutely destroyed in court. I am genuinely massively impressed that they’ve accomplished this goal in a way that they won’t get sued. They detect old devices based on their ever diminishing battery capability and throttle the CPU as appropriate – in order to maximise performance for a depreciating battery – something that’s entirely unnecessary. I’m sure most people would rather have a faster phone that needs charged more frequently than a slow phone with a longer battery life. In any case, a choice would be nice.

I’ve owned iPhones for 10 years. I’ll never buy another one now. What a bunch of absolute scumbags

glugglug: Some other examples of devices getting slower as they age, in ways you have to wonder if they are by design:

Intel retail CPU heatsinks, since the Core 2 (2006) have had a plastic pogo-pin based retention mechanism. The plastic pins stretch over time, and after 12-18 months in a typical desktop tower, this creates an air gap between the top of the heatsink and the CPU, actually insulating it rather than helping it stay cool. You might think this would cause crashes, but since the same time frame, Intel’s thermal throttling has been incredibly good. When the CPU gets too hot, the clock speed drops. If the lower clock speed isn’t enough, it goes to a 50% duty cycle, where every 2 microseconds the CPU suspends itself to cool off before running at minimum clock speed another 2 microseconds. If that’s not enough it goes to 25% and 12.5% duty cycles. This is actually enough that you can run a high end desktop CPU with no heatsink or fan, it will just run **SLOW**. And effectively, the stock retail heatsink is non-functional after 18 months, so users think they need a system upgrade.

Samsung phones also accumulate more crapware over time, which can’t be removed without rooting the phone, since it’s flagged as vendor supplied. So after a few years, your phone runs out of space even if you don’t install anything. I recently noticed my wife’s phone has accumulated 3 office suites. It has Samsung office-ey apps in addition to the standard Android Google Drive/Sheets/Docs/etc apps and a full Microsoft Office suite, supplied by Samsung, which even includes lesser-used apps like MS OneNote.

techguy69: Unsurprisingly, all those studies and stories on Twitter of iPhones slowing down after updates were true.

TheMadQuixotician: I converted to Android after Apple killed two iPhone 4S in my family – No Wifi after software upgrade. Am I alone? No, millions are involved.

skeeter1234: More evidence that everything is a rich man’s trick.

1_point_1_day_ago: Anyone remember all the corporate apologetics that were coming out of the MSM a few months ago when speculation on this first came up?

Frogreddit: it blows my mind how many people still love apple

unsuscribe: dont let them fool you! it may be some true in it, but most slowdowns were after updates, not gradual slowdowns over time

xOchox: An older battery doesn’t hold a charge as long so in order to make the phone last through out the day it makes sense to limit power to the CPU.

itrv1: If apple is so blatant to come out and say it, who else is doing dirty shit with their products to make you spend more?

Theres a reason I dont trust automatic updates on pretty much any product. F*** that, if your product doesn’t work out the box its trash.

AngryD09: You can get a new, smoking fast Android phone with a nice fat screen for $50-$100 with no contract all over town. It doesn’t have a Gucci label, but the year old android phone I’m on now smokes my old iPhone 6 all day.

LearningIsListening: This is no surprise. It’s called planned obsolescence. New products are given a limited shelf life and quickly become obsolete. Companies do this so people keep having to buy their most recent products. It’s disgusting and immoral, but tech companies, much like the pharmaceutical industry, have learned that if they make lousy products that don’t work, people will keep coming back for more.

yourmomslefthand: Sooo I guess it’s not a conspiracy anymore; good!?

alienrefugee51: Just don’t upgrade iOS on older devices? Some times you don’t have a choice if you need to restore it though.

GODDANMIT: I’m fine with internet speed on phone now. It’s the Data apps use for their advertisements that’s wasting my money

SmearMeWithPasta: Funny how casually Apple implies that an iPhone shutting down is something normal. The 6s had big batches of defective units that had to be configured via firmware updates so they didn’t shutdown at 40% battery. How’s that normal for an expensive phone?

OneEyedCoral: I was thinking about getting an iPhone 7, but I’m not sure anymore. Any advice? Is it worth it?

I kinda knew they are slowing down their phones on purpose (Apple can’t be the only company to do this), it just makes sense from a business perspective… It sucks, but it’s no surprise.

Anheroed: Due for upgrade this month and have had all Apple phones aside from a S7 a few years back. I do miss the removable battery but not much else. What android phone could I get that is on par with the new iPhones or better?

AstuteBlackMan: My iPhone just recently logged out of iMessage and won’t let me log back in. It’s weird how it breaks down

dacv393: I could have sworn there was a popular reddit post a few months ago that “completely debunked” this theory

tonalake: How long will it be before they admit cellphones emit radiation causing brain tumours, breast cancer (don’t let your teenagers keep their phones in their bras), and are especially dangerous to growing children.