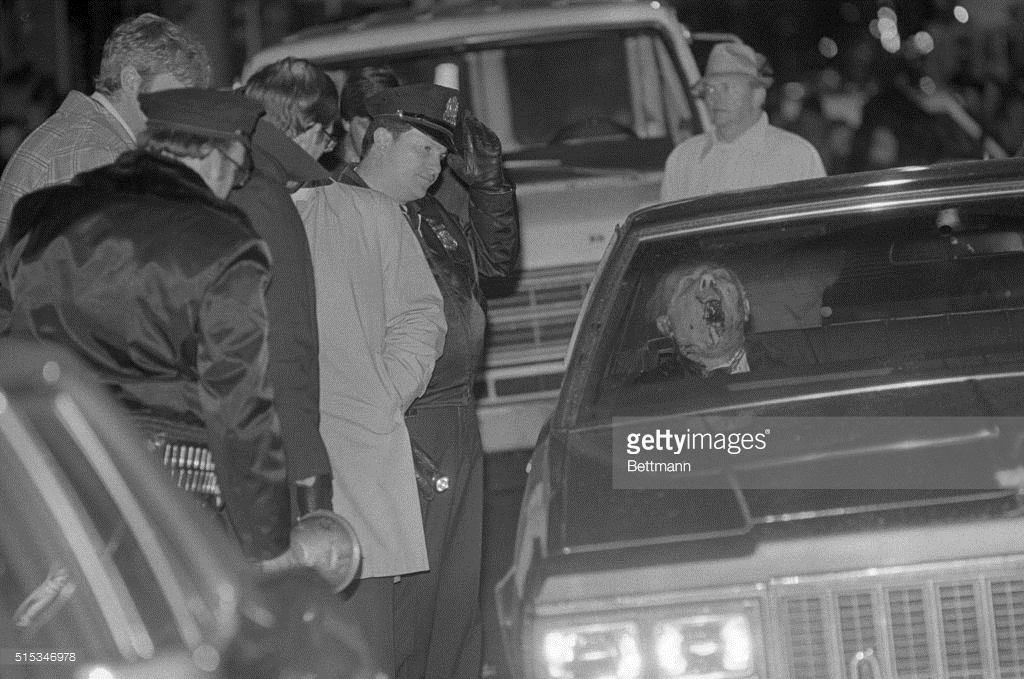 Angelo Bruno was a Sicilian-American mobster, notable for being boss of the Philadelphia crime family for two decades until his assassination. Wikipedia

__________
JonSnowTheBastid: The cop looks as if he is thinking “goodnight sweet prince”

Fred_Evil: That looks remarkably less gory than I would expect from a shotgun to the head. And is that cop saluting? No, he’s adjusting his hat, right?

lnimical: Looks like he was shot by someone from the back seat?

Icedrous: I was looking at the police officer like “wait, that doesn’t look bad at all”

Then I saw the car and what was in said car.

roguefiftyone: There was a crazy mob war in Philly then; dudes were getting car bombs and pipe bombs on their porches.

Intensityintensifies: How the fuck does Getty even own crime scene photos?

hankHhankerson: Telling me that ain’t frank Sinatra in the background???

Firebrand713: That cop is like “great, another dead gangster. Not again!”

BelowAverage_Elitist: My step grandad was a cop in Philly back then. Wonder what he could tell me about this

sto243: I remember this. Happened outside the Melrose Diner. That have awesome apple pie.

galwegian: i’m guessing, since it was the mob, the shotgun damage is at the back of his head. the dirty rats!

Previous Post: « Apple confirms killing old iPhones by slowing down the phones
Next Post: “Passion has little to do with euphoria and everything to do with patience.” Mark Z. Danielewski »