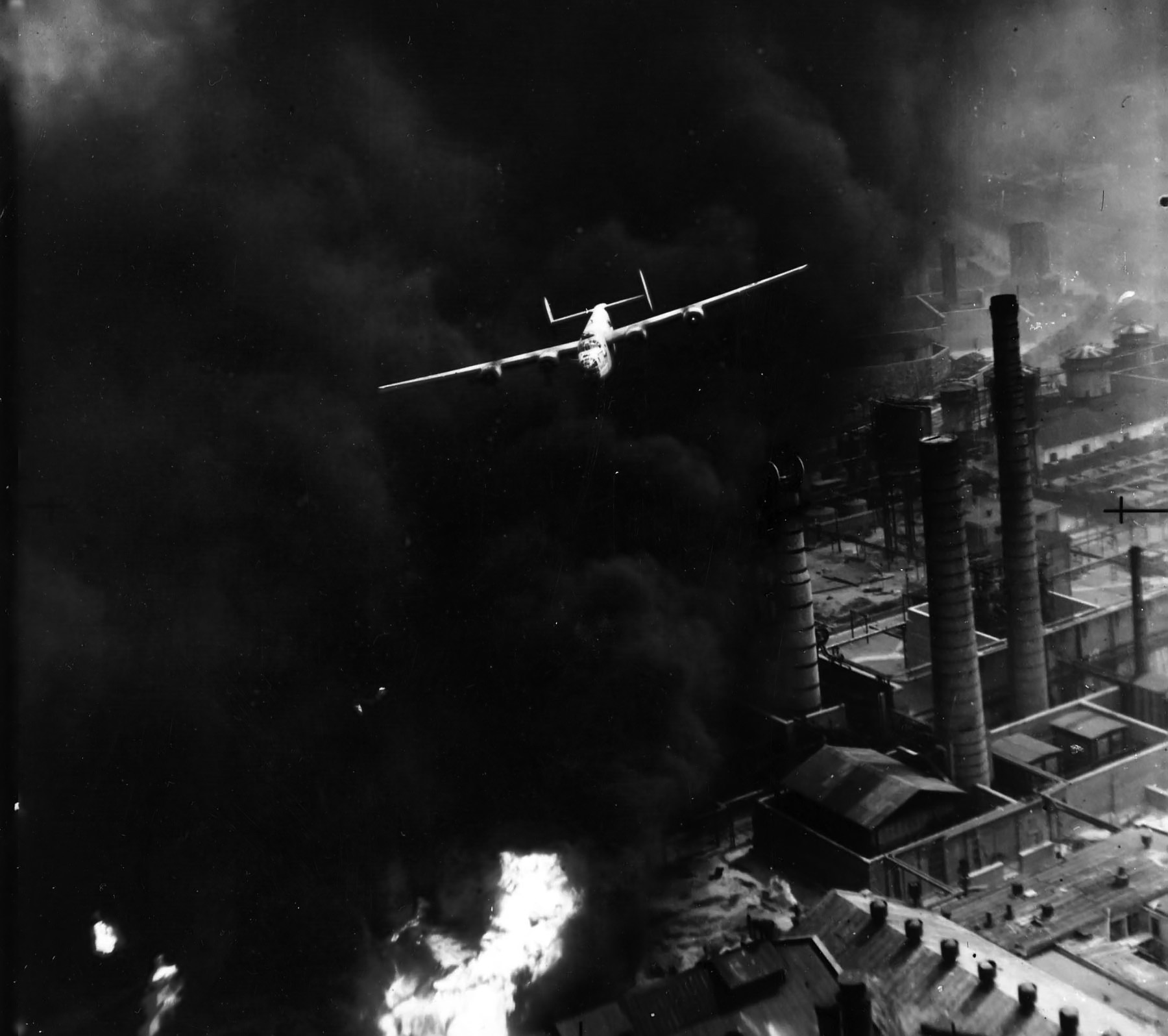 Crowe410: >Operation Tidal Wave was an air attack by bombers of the United States Army Air Forces (USAAF) based in Libya and Southern Italy on nine oil refineries around Ploiești, Romania on 1 August 1943, during World War II. It was a strategic bombing mission and part of the “oil campaign” to deny petroleum-based fuel to the Axis. The mission resulted in “no curtailment of overall product output”

>Loaded with extra fuel tanks, 178 attack planes struggled aloft from their Libyan airstrips early Sunday morning August 1, 1943. They flew into a fiery hell that would be remembered as “Black Sunday.” Trouble began almost immediately. Unbeknownst to the air crews, the Germans had broken their communication code and monitored their flight almost as soon as they took off. As they approached their target, the lead flight made a wrong turn up a mountain valley taking one of the following flights with it. Detected by German radar, the attacking Americans had lost the element of surprise.

>Arriving on target, the B-24’s were confronted with one of the most heavily protected facilities the Germans had. Surrounded by hundreds of anti-aircraft emplacements, heavy-caliber machine guns and defending aircraft, Ploesti’s defenses included a specially designed flak train made up of freight cars whose sides could drop revealing anti-aircraft artillery that spewed death from its guns as the train raced in tandem with attacking planes. Smoke stacks obscured by billowing smoke from exploding storage tanks also took their toll on the low-flying B-24s.

>Fifty-three aircraft – each with a crew of ten – were lost in the attack. Later surveillance flights revealed that approximately forty-two percent of Ploesti’s refining capacity had been destroyed. However, it took only a few days for the Germans to bring the complex back to its previous fuel output.

[Each Group Commander Protested the Plan](http://www.roconsulboston.com/Pages/InfoPages/History/Ploesti.html)

>General Smart, then a colonel, came up with the idea of having planes fly exceedingly low to bomb the tightly defended refineries, which were believed to be producing one-third of the fuel oil for the Nazi war machine.

>In the face of protests by the five group commanders who would be leading the raid, his plan of flying at treetop level was accepted by Gen. Dwight D. Eisenhower, the supreme Allied commander. Among the plan’s advantages, Colonel Smart argued, was greater accuracy.

*Bad day for the men of the Army Air Corps.*

>Not surprising that this mission was considered a tactical failure by the Allies. [22 more photos.](https://www.warhistoryonline.com/world-war-ii/cutting-off-the-nazi-oil-production-x.html)

jogarret: I’m amazed how low that bomber is dropping its payload. Was that unusual to make bombing runs at that altitude?