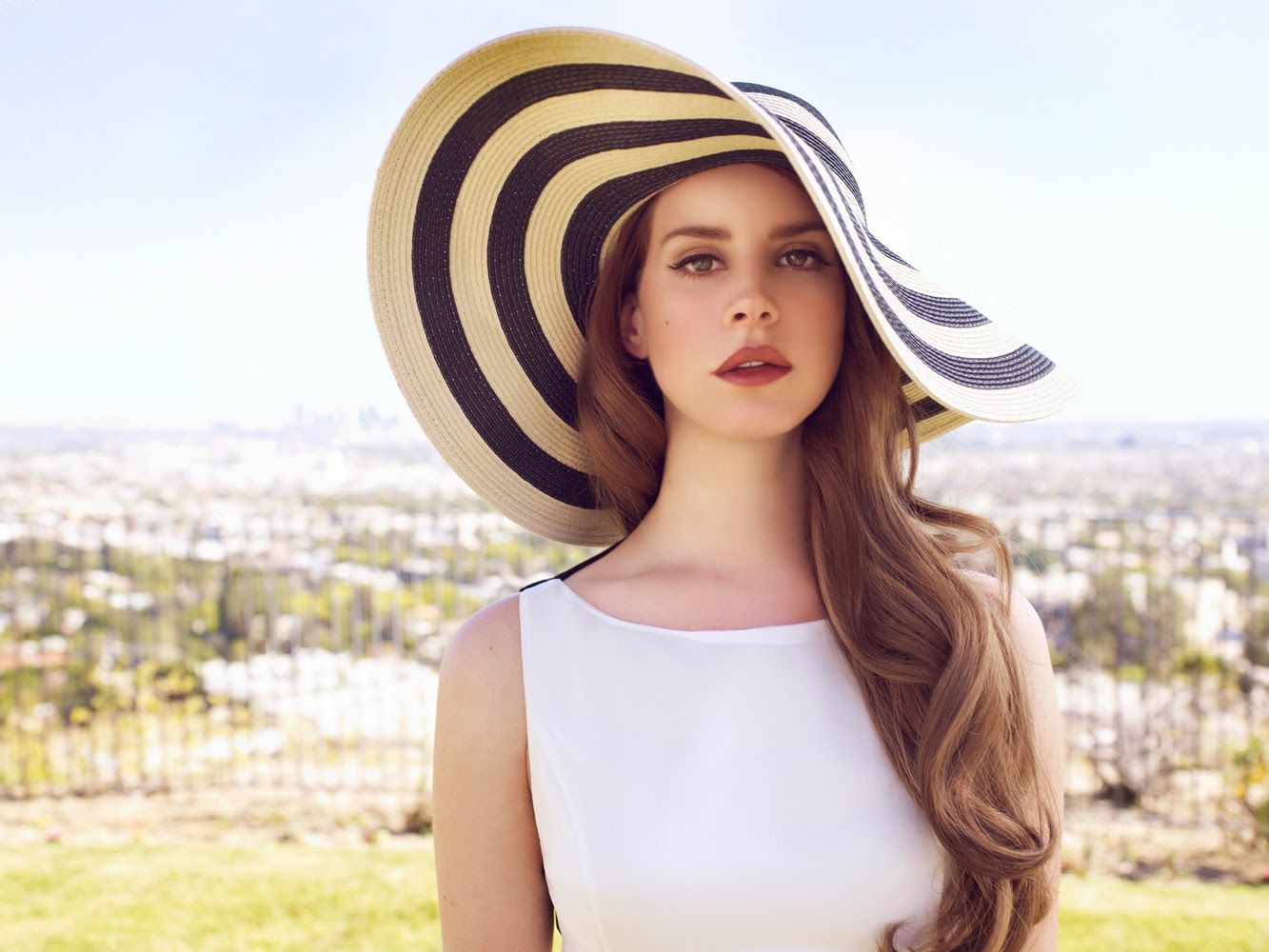 In this addition of ‘The Top 10’, we’ll be looking at the work of sultry songstress, Lana Del Rey. With the singer having recently released her latest album, Ultraviolence, it seems only fitting that we look back at the Top 10 songs of her career to date (in our opinion, so no need to get out the pitchforks!). Fancy seeing if your favourite Lana song made the list? Then look below! 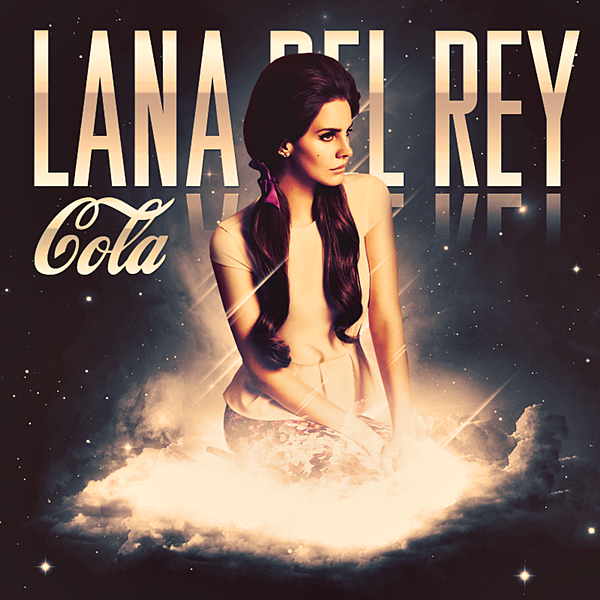 Kicking it with the controversial; Lana Del Rey’s ‘Cola’ breezes in at number 10. What’s controversial about Cola, I hear you ask? Well, the opening line made leave you a bit stunned, but its one of the reasons why we love it so much. ‘Cola’ is certainly different, and the sultry melody and cascading beats make it one to remember. Yes, our eyes are certainly ‘wide like Cherry Pies’ for this Lana track, and everything about it just oozes seduction and vintage, and its probably one of our guilty pleasures. ‘Cola’ is taken from the Paradise Edition of Born To Die. ‘Cola’ tends to divide fans for its questionable lyrics, but what do you think? 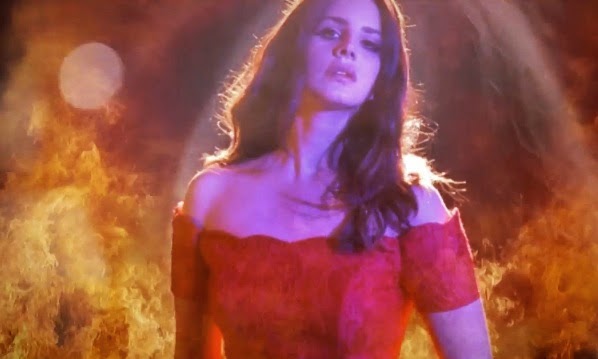 Swaying in at number 9 is the effortlessly atmospheric ‘West Coast’, taken from Del Rey’s Ultraviolence album. The track is suitably unique with varying shifts in tempo, and it is this variant from Lana’s usual tracks that make ‘West Coast’ such a delight to hear. Of course, Lana’s voice is suitably hypnotic on the track, and it has that calming but intriguing sound to it, which make it stand out. ‘West Coast’ deserves its place as number 9, and it’ll definitely grow on you if you haven’t had the pleasure of hearing it before.
8: Gods and Monsters 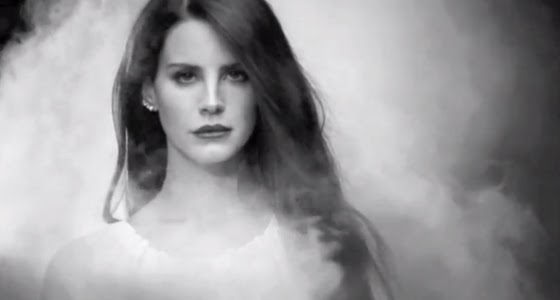 In the land of Gods and Monsters, Lana Del Rey reigns supreme. Yes, it’s ‘Gods and Monsters’, also taken from the Paradise Edition of Born To Die, in at number 8. A lesser known Del Rey track, but one with quite a lot of meaning and some pretty memorable lyrics. The song is sung in Lana’s usual drawl, with elongated words delivered in particularly decadent fashion, but ‘Gods and Monsters’ also possesses a rather mesmerizing quality to it, which we find fascinating. If you haven’t heard the song before, you can listen below:
7: Brooklyn Baby 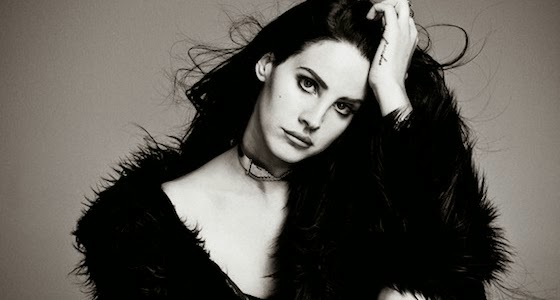 Taking a different tone, and changing things up a bit, is the effortlessly cool ‘Brooklyn Baby’, taken from Lana’s Ultraviolence album. The track is different in that its remarkably self-assured, but still possessing that whimsical air to it, with angelic resonating vocals from Del Rey that elevate the song to new heights; ‘I’m free‘. We’re also pretty big suckers for the whole ‘Yeah my boyfriend’s pretty cool/ but he’s not as cool as me‘ line. The whole vibe references several clichés about Hipster culture and the guitar beats (you can thank Dan Auerbach for that one) in the song are particularly on point.

Oh yes, we went there. Taken from the soundtrack to The Great Gatsby, Lana Del Rey’s ‘Young and Beautiful’ has to be one of the most apt songs for the novel-turned-film adaptation. We have to say, this one is particularly haunting, and it has that whole grand aura and sense of gravitas that you don’t get with most songs. It’s true it has that cinematic sound to it, with the music video reflecting the Art Deco era; ‘Young and Beautiful’ sounds like a classic and rightfully so. The lyrics particularly resonate for a society obsessed with the young and the beautiful, and then age old question of ‘Will you still love me when I’m no longer young and beautiful?‘ will no doubt be relatable to most people. 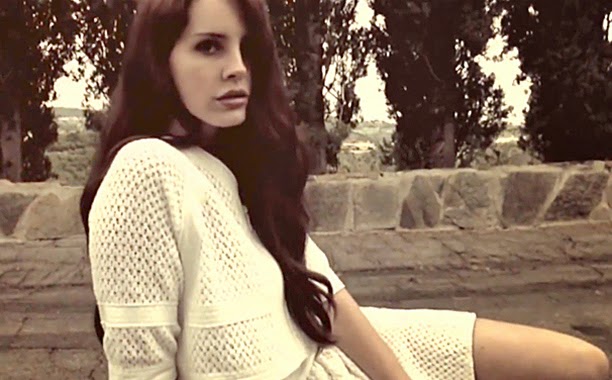 Released approximately 2 years ago, and perhaps one of the only songs with an equally good remix (by Cedric Gervais), which also became a sleeper hit for the singer, is the ridiculously catchy ‘Summertime Sadness’. As we venture into summertime once more, it seems only appropriate to reminisce about this idyllic track, which combines the bitter-sweet with the disturbing in equal measures. The way in which she delivers each verse is notable, with the lazy drawl being one of the most notable features of the track, paving the way for the trip hop and pop beat. If you’re looking for that extra dance effect, check out the Cedric Gervais remix on YouTube.

Swimming in at number 4 on our list is the bewitching ‘Shades of Cool’. Inevitably taken from her most recent album, Ultraviolence, ‘Shades of Cool’ does what it says on the tin. It is quintessential ‘cool’. The track itself has a beautiful instrumental accompaniment, which compliments Lana’s sweeping vocals perfectly. Dripping off effortless sophistication, ‘Shades of Cool’ is suitably brooding and features Lana cooing eloquently ‘Your heart is unbreakable‘. The electric guitar solo at the end finishes off the track in a suitably vintage style. It’s pretty breath-taking.
3: National Anthem 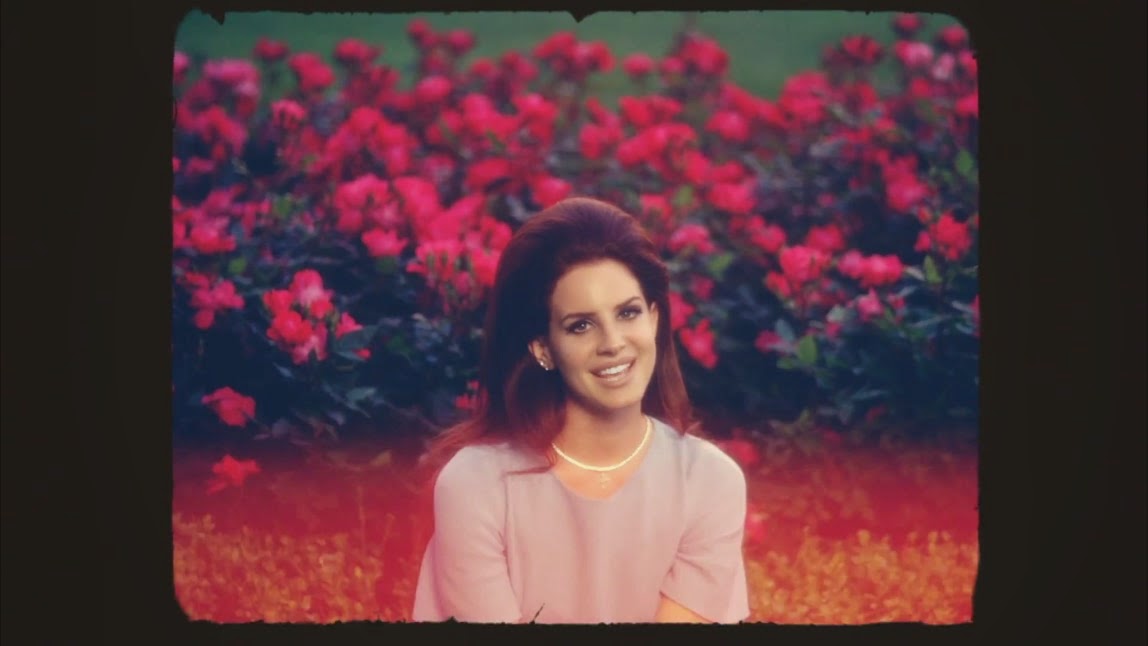 As we sprint into the final stretch, it becomes increasingly more difficult to limit down the number of tracks. However, just nabbing the number three spot is the iconic ‘National Anthem’, which has plenty of critical social commentary to boot, not to mention a fantastic addictive chorus which mirrors the whole song; ‘Money is the anthem of success‘. Fuelled full of sarcasm and with Lana’s undeniable charm echoing throughout the song, ‘National Anthem’ is, rather ironically, its own anthem for the monetary classes. With a chorus that is borderline euphoric, and a sweet sadness that lurks just beneath the glitter and glamour in the lyrics, ‘National Anthem’ is one of those stand-out songs that you don’t ever quite forget. 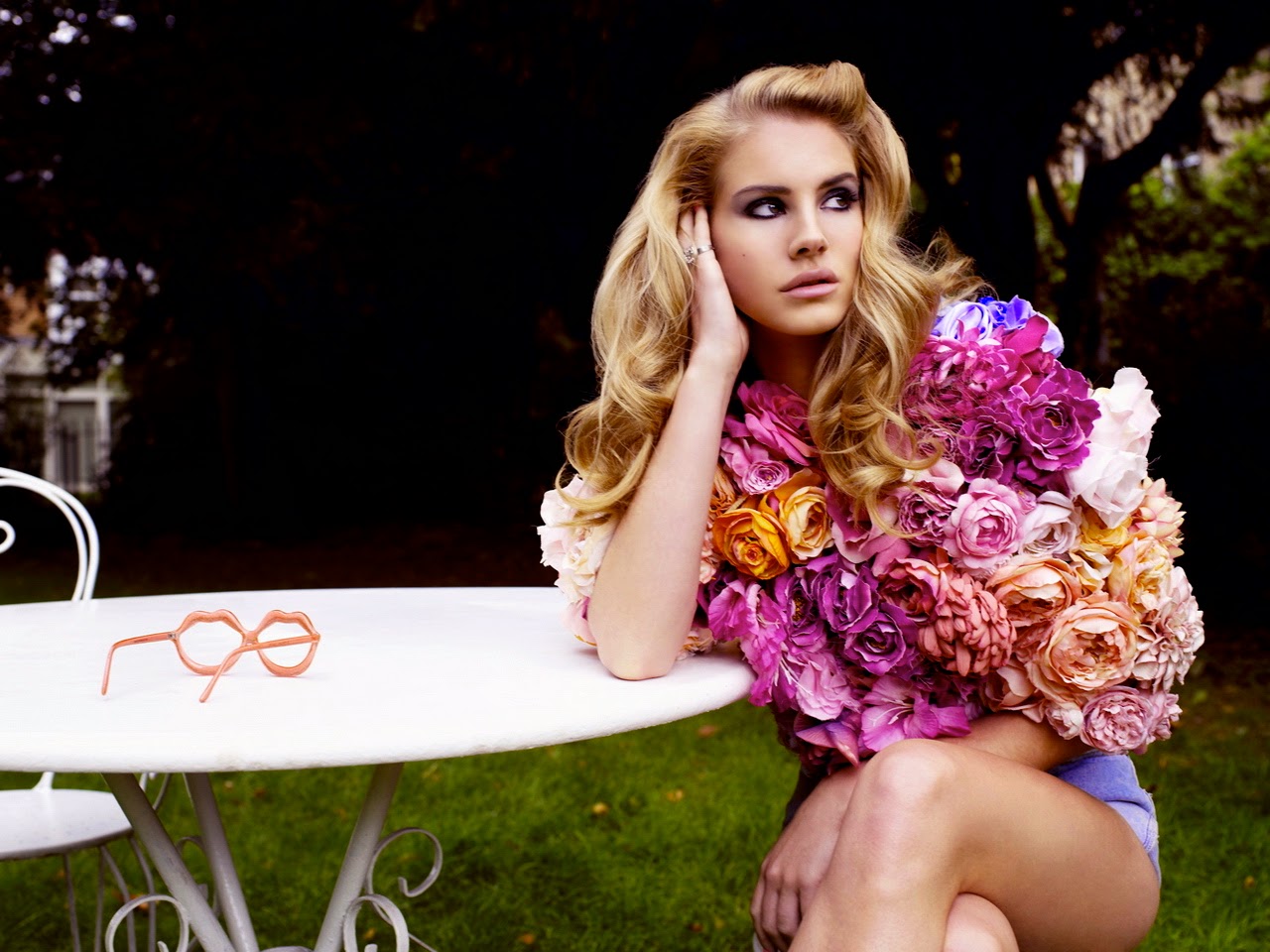 So, what song was almost the number 1? Well, it’s none other than the pop ballad, ‘Video Games’. Video games features some beautiful musical accompaniment in the form of pizzicato strings, and is basically one woman’s ode to being ignored. Video Games has a utterly divine sense of simplicity, with vulnerability reflected at every turn across the 4 minutes 46 seconds running time. Del Rey has talked about the track and how there is an element of ‘contentment’ but with that ‘also comes sadness’, and this is pretty obvious throughout the electronic brash beats, solemn piano and the delicate dashes of violin.
1: Off to The Races 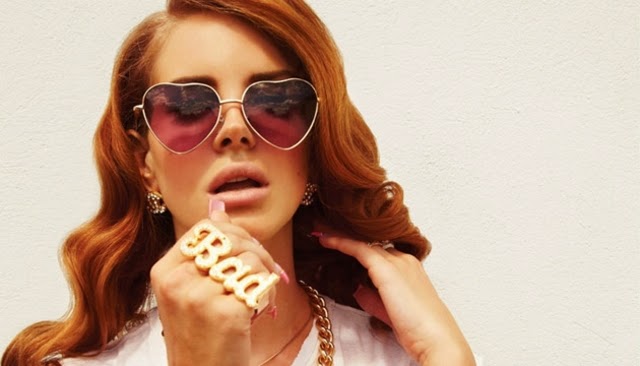 So, what track reigns triumphant amongst all the rest? Well, whilst we’re sure some of you thought ‘Video Games’ would be the top Lana track, we can’t help but be drawn in by the deliciously insane ‘Off to The Races’. Full of references to the novel, Lolita, ‘Off to The Races’ is a turn of styles for the singer, as she incorporates a rapping style that mimics quick chatter, and the beats alternate between fast and mid-tempo, creating a different type of rhythm that rivals every other Lana track. ‘Off to The Races’ simmers in desperation and reliance and there’s something interesting about how the concept is used to great effect in this particular song; and we’re sure everyone will have heard of the ‘harlot, scarlett, Queen of Coney Island‘ lyric. You can’t fault the track for its uniqueness, and it is this that makes it stand-out amongst the others as a mix of alternative hip-hop and pop.
HONOURABLE MENTIONS:

Of course, when compiling a list of the top tracks, that have to be limited to ten, it is with great sorrow that we have to ‘miss out’ a few, so here is our list of ‘Honourable Mentions’ that couldn’t make it onto the official list – but still check them out! Our 5 Honourable Mentions include:
5. Black Beauty (check this out if you are into gloom and doom)
4. Born To Die (for obvious reasons, but unfortunately it didn’t make a big enough impression to feature on our list – though we’re sure some will disagree!)
3. Money, Power, Glory (we actually really like this one from Lana’s most recent album, and its probably one of our favourites, but we just couldn’t make room for it on our list amongst some truly great Lana tracks.)
2. Backfire (this one probably most people won’t know, but it has an incredible hook and you should definitely check it out!)
1. Ultraviolence (we love the controversial nature of the song and the different meanings you can garner from it, but unfortunately we couldn’t find place for it on our list, but obviously, still give it a listen).

Previous Post: « “People don’t notice whether it is winter or summer when they are happy”. Anton Chekhov
Next Post: “A faith is something you die for, a doctrine is something you kill for. There is all the difference in the world.” Tony Benn »