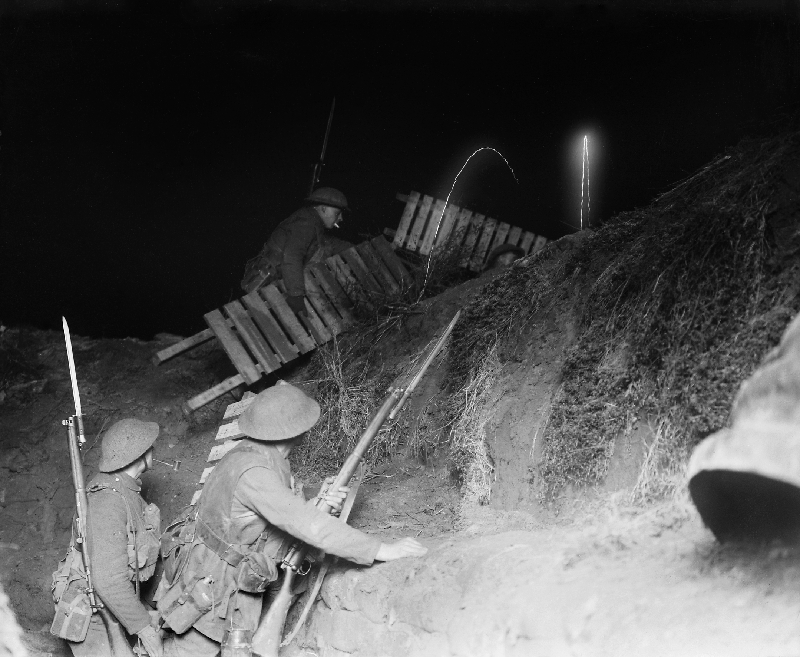 The Battle of Cambrai (Battle of Cambrai, 1917, First Battle of Cambrai and Schlacht von Cambrai) was a British attack followed by the biggest German counter-attack against the British Expeditionary Force (BEF) since 1914, in the First World War. Cambrai, in the département of Nord, was an important supply point for the German Siegfriedstellung (known to the British as the Hindenburg Line) and capture of the town and the nearby Bourlon Ridge would threaten the rear of the German line to the north. Major General Henry Tudor, Commander, Royal Artillery (CRA) of the 9th (Scottish) Division, advocated the use of new artillery-infantry techniques on his sector of the front. During preparations, J. F. C. Fuller, a staff officer with the Tank Corps, looked for places to use tanks for raids. General Julian Byng, commander of the British Third Army, decided to combine both plans.[a]

After a big British success on the first day, mechanical unreliability, German artillery and infantry defences exposed the frailties of the Mark IV tank. On the second day, only about half of the tanks were still operational. Subsequent British progress was limited. In the History of the Great War the British official historian, Wilfrid Miles and modern scholars do not place exclusive credit for the first day on tanks but discuss the concurrent evolution of artillery, infantry and tank methods.[3] Numerous developments since 1915 matured at Cambrai, such as predicted artillery fire, sound ranging, infantry infiltration tactics, infantry-tank co-ordination and close air support. The techniques of industrial warfare continued to develop and played a vital part during the Hundred Days Offensive in 1918, along with replacement of the Mark IV tank with improved types. The rapid reinforcement and defence of Bourlon Ridge by the Germans, as well as the subsequent counter-stroke were also notable achievements, which gave the Germans hope that an offensive strategy could end the war before American mobilisation became overwhelming… Wikipedia
____________

Can you imagine the dirty look those soldiers gave the photographer after that flash bulb lit up their trench?!

« Hitler declares war on the United States – 11th December 1941
“If you see a snake, just kill it – don’t appoint a committee on snakes” Ross Perot »