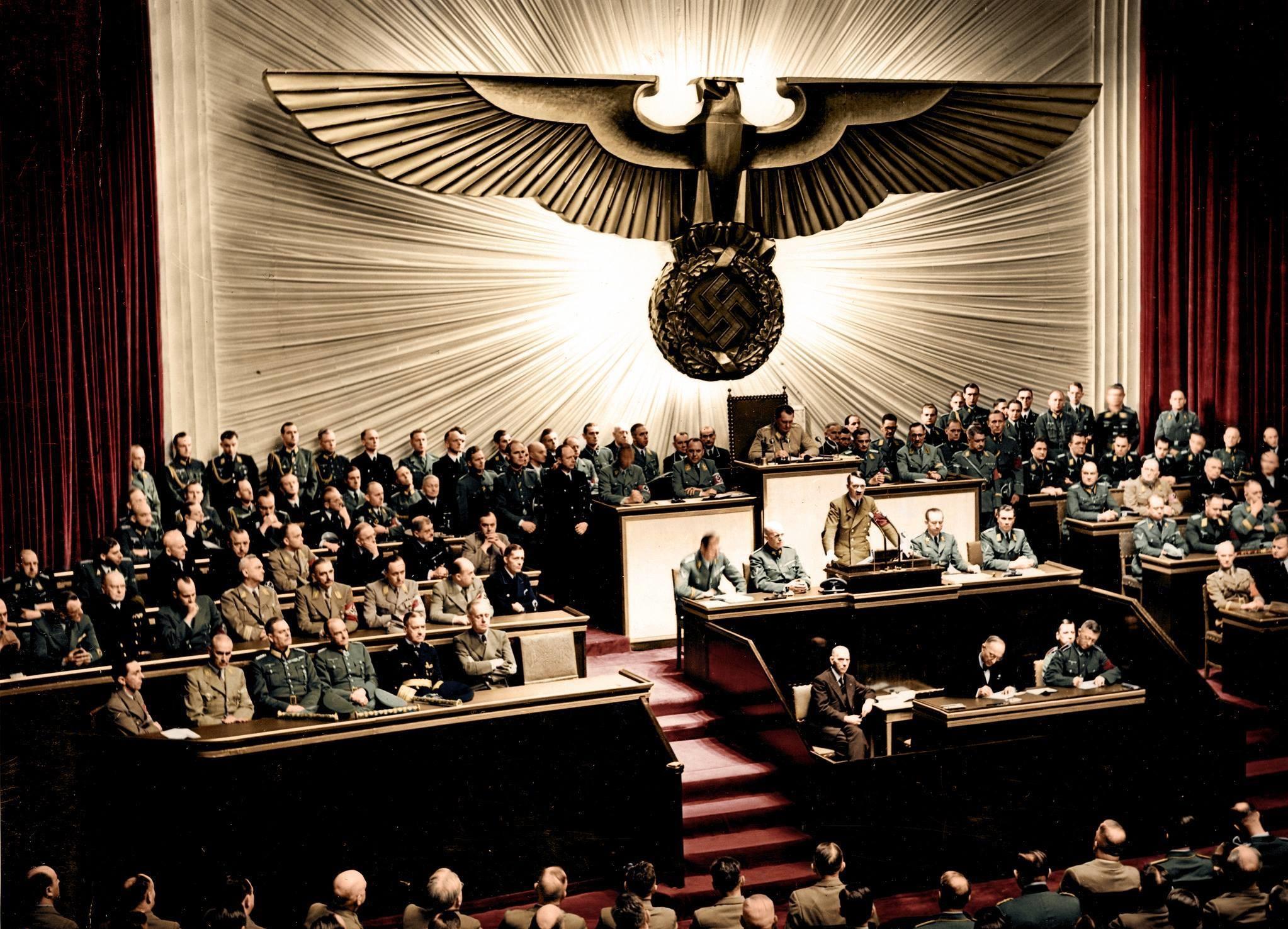 On this day, Adolf Hitler declares war on the United States, bringing America, which had been neutral, into the European conflict.

The bombing of Pearl Harbor surprised even Germany. Although Hitler had made an oral agreement with his Axis partner Japan that Germany would join a war against the United States, he was uncertain as to how the war would be engaged. Japan’s attack on Pearl Harbor answered that question. On December 8, Japanese Ambassador Oshima went to German Foreign Minister von Ribbentrop to nail the Germans down on a formal declaration of war against America. Von Ribbentrop stalled for time; he knew that Germany was under no obligation to do this under the terms of the Tripartite Pact, which promised help if Japan was attacked, but not if Japan was the aggressor. Von Ribbentrop feared that the addition of another antagonist, the United States, would overwhelm the German war effort.

But Hitler thought otherwise. He was convinced that the United States would soon beat him to the punch and declare war on Germany. The U.S. Navy was already attacking German U-boats, and Hitler despised Roosevelt for his repeated verbal attacks against his Nazi ideology. He also believed that Japan was much stronger than it was, that once it had defeated the United States, it would turn and help Germany defeat Russia. So at 3:30 p.m. (Berlin time) on December 11, the German charge d’affaires in Washington handed American Secretary of State Cordell Hull a copy of the declaration of war.

That very same day, Hitler addressed the Reichstag to defend the declaration. The failure of the New Deal, argued Hitler, was the real cause of the war, as President Roosevelt, supported by plutocrats and Jews, attempted to cover up for the collapse of his economic agenda. “First he incites war, then falsifies the causes, then odiously wraps himself in a cloak of Christian hypocrisy and slowly but surely leads mankind to war,” declared Hitler-and the Reichstag leaped to their feet in thunderous applause.
_________________

bakere05: It’s interesting that as he spoke, in December 1941, the Nazi advance was at its greatest extent, and the losses in the East were not yet apparent (though many soldiers were starting to die of cold, and most generals understood the two-front war would end in defeat). So this is Hitler at his most powerful, and I’ve always thought this image conveys that pretty vividly.

Mission_Burrito: Damn the Nazi’s had an eye for the theatrics

GuardianGenji: Not gonna lie, that eagle is badass. What style would you call it, art deco? Maybe brutalist?

« Signed Photo of Adolf Hitler with his German Shepherd Blondi in 1937
British WWI troops at night carrying duckboards up to the front lines, Cambrai, France. January 12, 1917 »