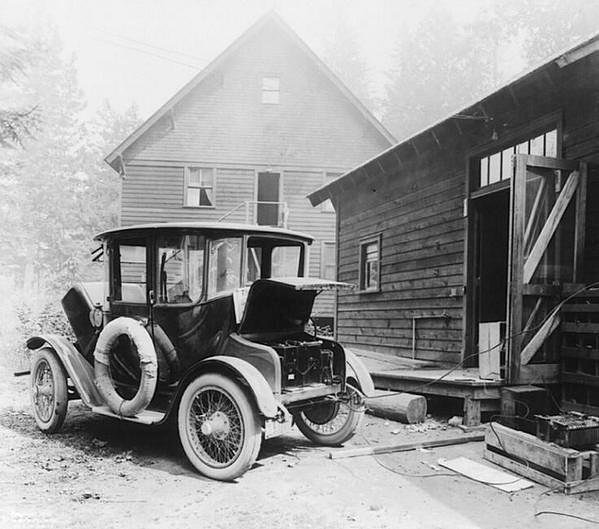 PhilipBuckets: While checking the date, I found this on snopes…

This is a genuine photograph of an electric car charging in the early 1900s. However, according to the Library of Congress, this picture was taken several years later than claimed — in 1919, not 1905 — and shows a Detroit Electric charging up between stops on a promotional tour between Seattle and Mt. Ranier in August 1919.

here’s and interesting link on what cars looked like in 1905.
http://www.earlyamericanautomobiles.com/1905.htm

BanishFauxNews: Great example of how the the big petro industry killed the electric can and the planet for profit.

Previous Post: « British troops rescuing statues from a destroyed church in Armentieres before the enemy shells could cause further damage, 1916.
Next Post: Torpedoed Japanese destroyer photographed through periscope of U.S.S. Wahoo or U.S.S. Nautilus, June 1942. »