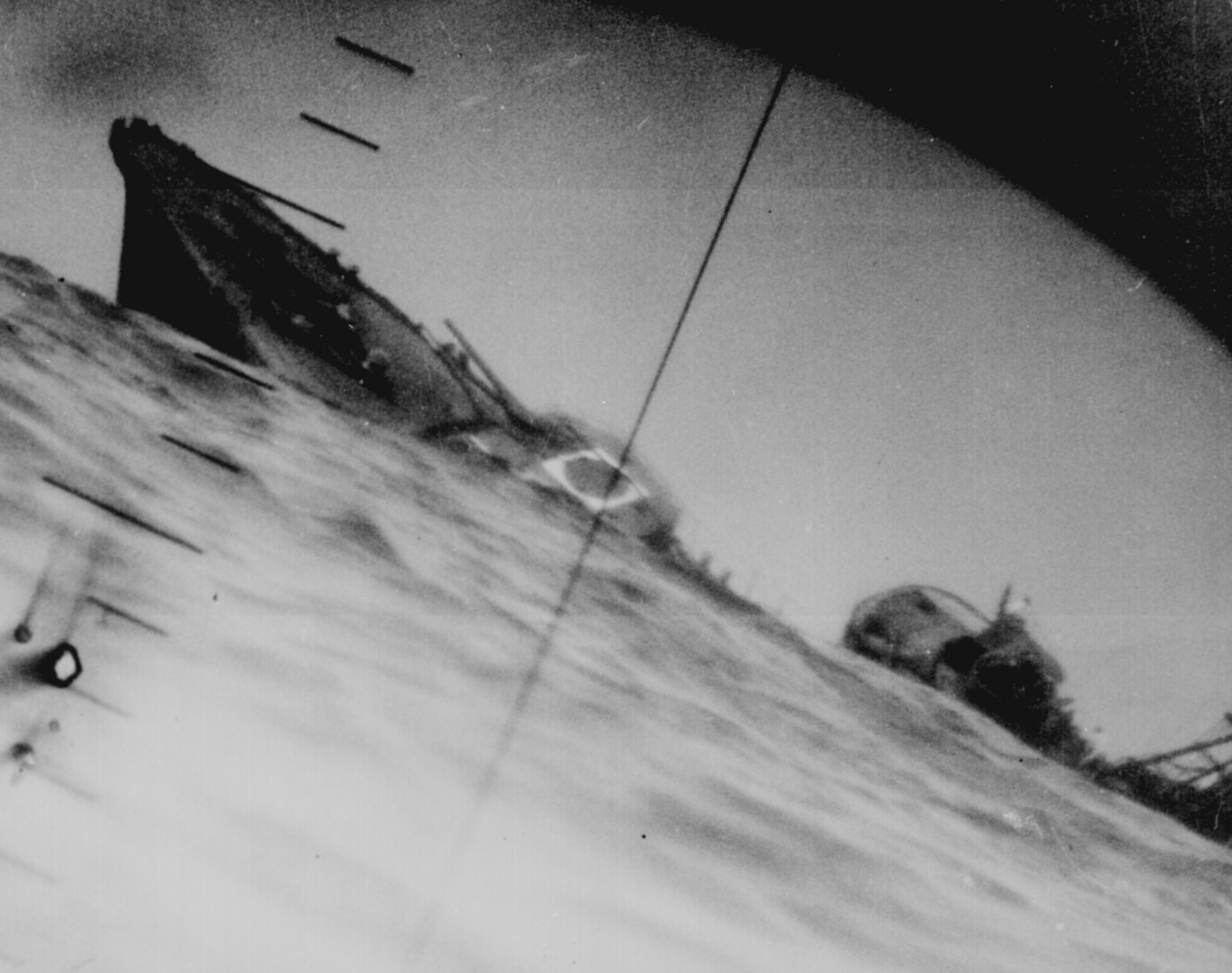 Dittybopper: The submarine must of had of obtained an ideal torpedo firing solution, because it took gonads to tackle a destroyer. One of a destroyers prime missions is to locate and destroy submarines, and they were very practiced in doing so. If the Mark 14 torpedo (US, early war torpedo) had of missed, or failed to detonate, we wouldn’t be seeing this image.

Saerdor: Very interesting story behind this sinking. The wahoo fired 6 torpedoes with the last two fired as the destroyer was on a direct intercept course. With only 1 hit as the ship was within 1100m of the submarine.