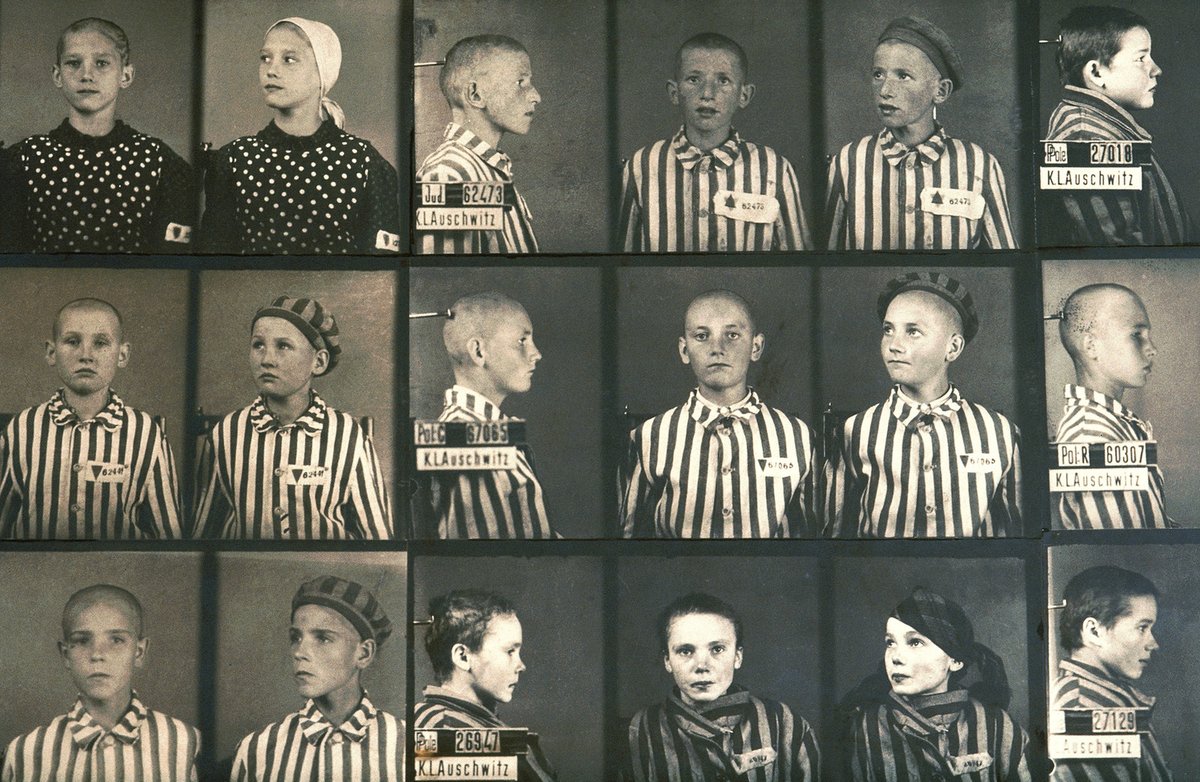 wineddinedand69ed: This is the work of [Wilhelm Brasse] (https://en.wikipedia.org/wiki/Wilhelm_Brasse). He was a polish photographer and a prisoner in Auschwitz. He was ordered by the SS camp administrators to photograph “prisoners’ work, criminal medical experiments and portraits of the prisoners. Brasse has estimated that he took 40,000 to 50,000 “identity pictures” from 1940 until 1945, before being moved to another concentration camp in Austria, where he was liberated by the American forces in May 1945.

The girl with numer 26947 is [Czesława Kwoka] (https://en.wikipedia.org/wiki/Czes%C5%82awa_Kwoka). Brasse recalled: “She was so young and so terrified. The girl didn’t understand why she was there and she couldn’t understand what was being said to her. So this woman Kapo took a stick and beat her about the face. This German woman was just taking out her anger on the girl. Such a beautiful young girl, so innocent. She cried but she could do nothing. Before the photograph was taken, the girl dried her tears and the blood from the cut on her lip. To tell you the truth, I felt as if I was being hit myself but I couldn’t interfere. It would have been fatal for me. You could never say anything.”

adorablesexypants: Hopefully someone will be able to either see something I am not or provide a little more context.

Top row fourth photograph you can clearly see the star of David marker on the boy’s number, identifying him as Jewish. Is it just a bad shot of the other child prisoners that we cannot see the Star of David or are these children also political prisoners.

Not only is the star only seen in some but also the identfying board notes that some children are POL (Polish I assume) or POL R (Polish Russian?) and what looks like Pot:C (Communist?)

throw_away_112358132: How horrific. I don’t have children but this gives me serious feels. These poor children being separated and having no idea what’s going on while being treated like garbage.

Shibbets: Weren’t children usually gassed upon arrival at Auschwitz, or are these just teenagers?

Previous Post: « “You will have bad times, but they will always wake you up to the stuff you weren’t paying attention to.” Robin Williams
Next Post: “It’s just a job. Grass grow, birds fly, waves pound the sand, I beat people up.” Muhammad Ali »