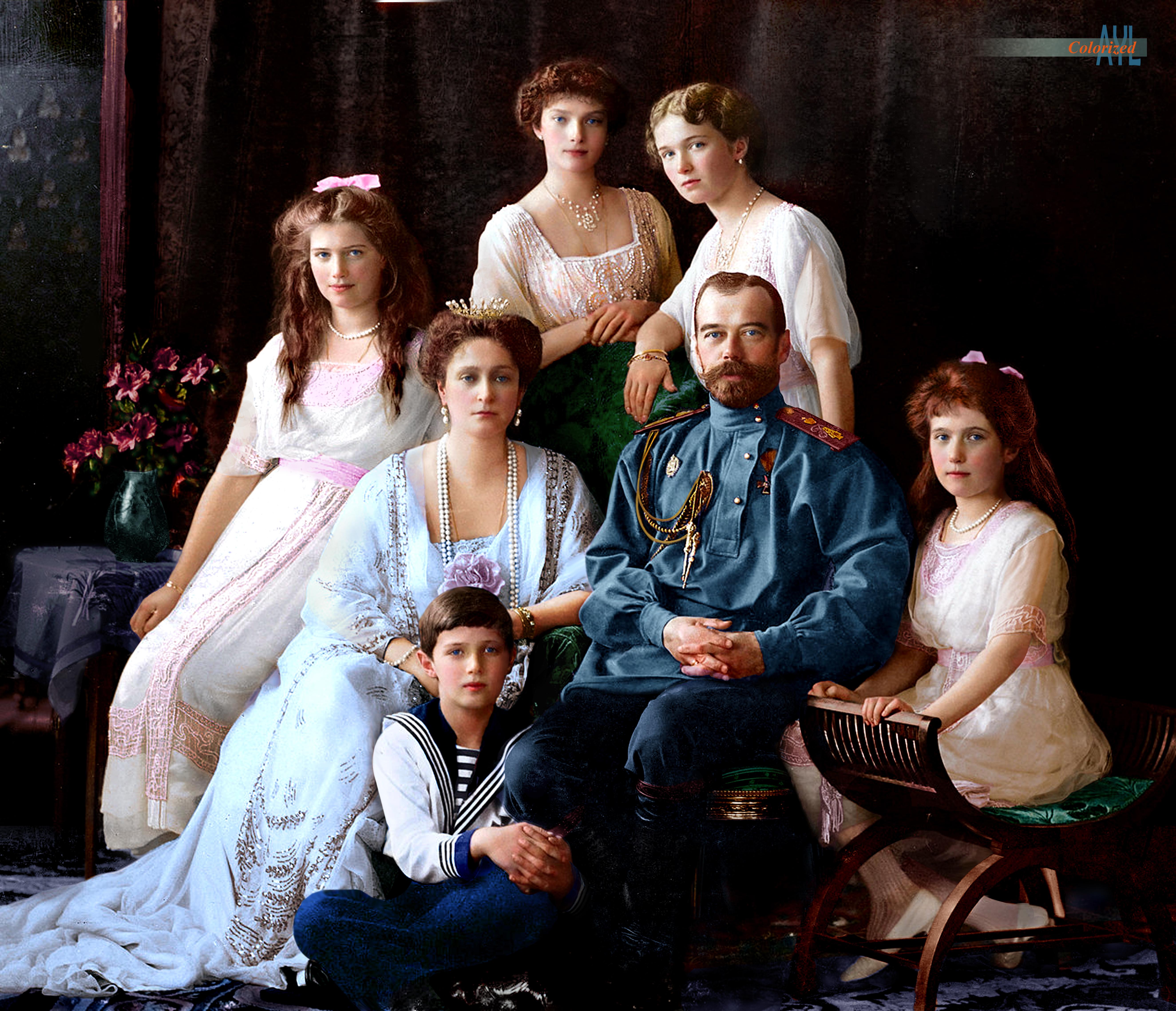 Execution of the Romanov family
The Russian Imperial Romanov family and all those who chose to accompany them into imprisonment – notably Eugene Botkin, Anna Demidova, Alexei Trupp and Ivan Kharitonov – were shot, bayoneted and clubbed to … Wikipedia
Start date: July 16, 1918
Location: Ipatiev House, Russia
________________

alexylim: The entire family was murdered at Ekaterinburg in 1917 and have been canonized as Saints and Martyrs of the Russian Orthodox Church in November 1981, They are, left to right, seated: Grand Duchess Maria Nicholaevna; Czarina Alexandra Feodorovna; Czarevitch Alexei Nicholaevitch on the floor; Tsar Nicholas II; Grand Duchess Anastasia Nicholaevna Standing: Grand Duchess Tatiana & Grand Duchess Olga Nicholaevna. Source photo is ever where online. This one was downloaded from the U.S. Library of Congress Prints and Photographs

leonsugarfoot: But it hasn’t yet been a century. The Romanovs were murdered in July of 1918.

Previous Post: « “Life is like a box of chocolate” Forrest Gump
Next Post: “I believe in you and me. I’m like Albert Schweitzer and Bertrand Russell and Albert Einstein in that I have a respect for life — in any form….” Frank Sinatra »