Russian under the stewardship of Vladimir Putin too wanted to have their own cryptocurrency. Looks like the Rothschilds monetary monopoly will have to end soon?

Russian President Vladimir Putin has commissioned the implementation of a national cryptocurrency dubbed the “cryptorouble” with a view to further limiting the effect of the global central banking scam in Russia. 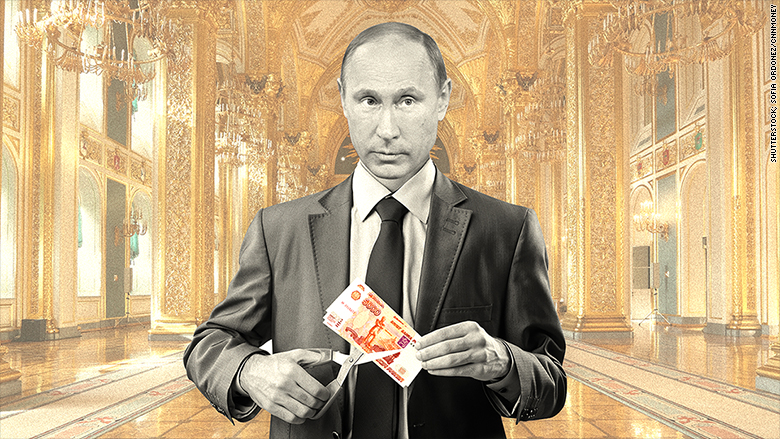 According to the Financial Times, Sergei Glazev, an economic adviser to the president, told a government meeting that the cryptocurrency would serve as a “useful tool” to evade western economic sanctions and banking cartels.

“This instrument suits us very well for sensitive activity on behalf of the state. We can settle accounts with our counterparties all over the world with no regard for sanctions.“

The adviser indicated that the cryptorouble would be equivalent to the rouble, but with its circulation “restricted in a certain way,” and allowing the Kremlin to track its moves.

Putin believes that cryptocurrencies have the power to undermine the central banking system controlled by the Rothschild cartel, and reshape the financial landscape in favor of the individual.

It is as yet unclear, though, whether the cryptocurrency will be issued by the Bank of Russia.

Coindesk reports: Previously, the president has ordered his cabinet officials to devise a framework for establishing and regulating a digital currency within Russia, a move that following his meeting with ethereum founder Vitalik Buterin last summer.

In October 2017, Putin further mandated new regulations around cryptocurrencies, including the registration of miners and the application of securities laws to initial coin offerings (ICOs).

Russia’s finance minister, Anton Siluanov, announced in September 2017 that his department will regulate the use of cryptocurrencies in the country by the end of 2017. There is “no point in prohibiting” cryptocurrencies as they are a “reality,” he said.

Previous Post: « Bono: UN Must Intervene And ‘Save America From Itself’
Next Post: Iran is destined to be wiped out (by USA/Israel)? »