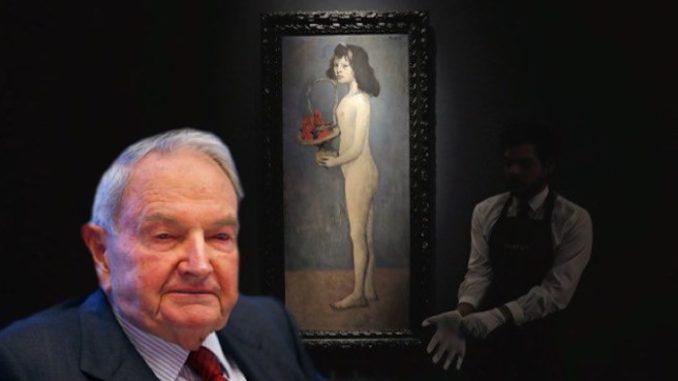 Many pedophiles are influential and powerful figures – politicians, businessmen and artists alike: –

Recently, we have another celebrated suspect who is what many believe a member of the banking cabal behind the Fed that print money out of thin air with interest, as well as a steward of the conspiratorial “New World Order”.

Why the suspicion? Because David Rockefeller collects Child Sex art.

A controversial Picasso painting of a child prostitute owned by the Rockefellers has been sold for a world record price at Christie’s recent auction in New York City, as the Rockefeller family continues selling their vast collection of pedophile-themed and degenerate art.

This week, the New York City auction house is hosting a three-day sale of iconic art pieces from the collection of the late Peggy and David Rockefeller. Thanks to the wealth amassed by the family, the pair had built up one of the most “important” art collections in the world, much of which had a strong pedophile theme.

According to Christie’s, the first night of bidding resulted in $646 million in sales. The slate of pieces – which include items from 19th and 20th-century artists like Juan Gris, Paul Gauguin, Edouard Manet, Henri Matisse and Claude Monet – was a record breaker for the “most valuable collection sold at auction,” CNN reported.

However the piece with the highest price tag was a 1905 portrait of a child prostitute by Pablo Picasso titled “Fillette a la corbeille fleurie.”

The painting sold for $115 million – but also has kicked up controversy over the artist’s sexualized depiction of a young girl in the current “MeToo” atmosphere. 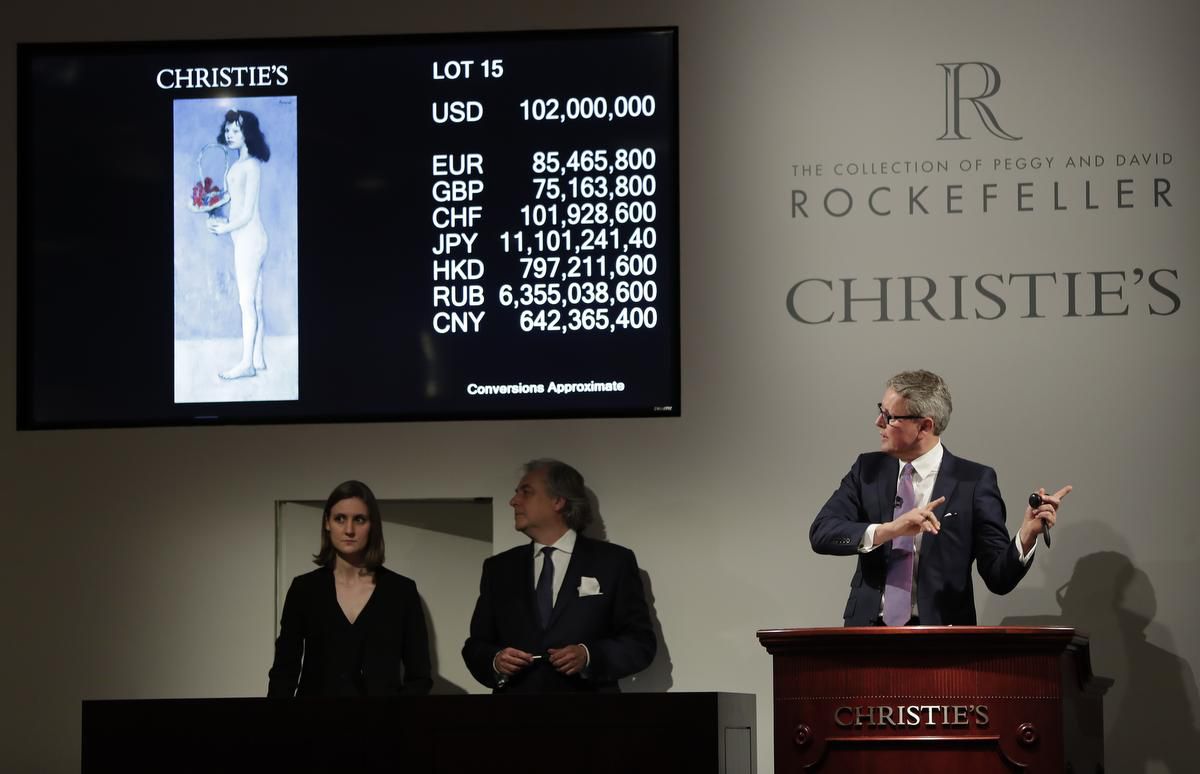 According to The Star, the Picasso canvas dates back to the artist’s “Rose” period, a stretch of time when Picasso was still relatively unknown and dirt poor, scratching out a meager bohemian living in Paris’s Montmartre. The painting features a nude prepubescent girl holding flowers before a blue background.

According to an essay in the Christie’s catalogue, “as it would have been clearly understood at that time – the flowers were a come-on, she was actually a prostitute.”

Picasso biographer John Richardson says the painting’s subject was a girl named Linda who “sold her body as well as her roses outside the Moulin Rouge.” She also posed for artists, including Amedeo Modigliani and Picasso.

The Rockefellers acquired the canvas in 1968. The identity of the recent buyer has not been identified. But the sale has raised new questions about the exploitative nature of the artist-subject relationship, and why anybody would want to spend millions on a painting of a child prostitute.

The sinister truth about David Rockefeller has been purposefully hidden from the public by the mainstream media, following his death in March 2017.

The American billionaire made it clear that he wanted his business dealings kept from public view, which explains why the media gushed about what a great “philanthropist” and “influential banker” he was following his death, aged 101.

The truth is that David Rockefeller was able to dictate American and global policy behind the scenes without any accountability – always with disastrous results for the rest of humanity.

Rockefeller was part of America’s unofficial royal family, who admitted in 2015 that he was the head of the New World Order – an unelected group of elites who dictate world events:

“Some even believe [we] are part of a secret cabal working against the best interests of the United States, characterising my family and me as ‘internationalists’ conspiring with others around the world to build a more integrated global political and economic structure – one world, if you will. If that’s the charge, I stand guilty, and I’m proud of it.”

So, is David Rockefeller into pedophilia?