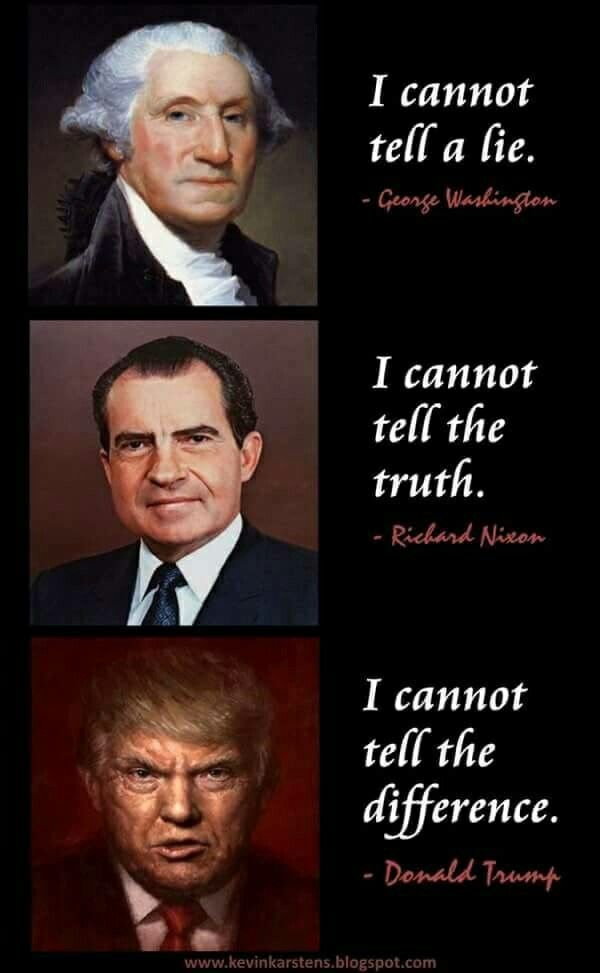 ‘Donald Trump and Kim Jong-un are pretty much the same,’ claims Dennis Rodman during visit to Beijing (scmp.com)

USA Today isn’t known for its blistering opinion pieces. Which makes the one the paper’s editorial board just published on President Donald Trump all the more savage.

“With his latest tweet, clearly implying that a United States senator would trade sexual favors for campaign cash, President Trump has shown he is not fit for office,” reads the editorial. “Rock bottom is no impediment for a president who can always find room for a new low.”
The reference here is Trump’s tweet Tuesday morning in which he said that Democratic Sen. Kirsten Gillibrand of New York was “begging” him for campaign contributions not long ago “and would do anything for them.”
White House press secretary Sarah Sanders insisted Tuesday that only people with their minds “in the gutter” could possibly conclude that there was sexual innuendo in that tweet language.
The USA Today editorial didn’t buy that explanation.
“A president who would all but call Sen. Kirsten Gillibrand a whore is not fit to clean the toilets in the Barack Obama Presidential Library or to shine the shoes of George W. Bush,” reads the piece.”This isn’t about the policy differences we have with all presidents or our disappointment in some of their decisions. Obama and Bush both failed in many ways. They broke promises and told untruths, but the basic decency of each man was never in doubt.”
Footage shows Trump with some accusers after he claimed he ‘never met’ women (thehill.com) 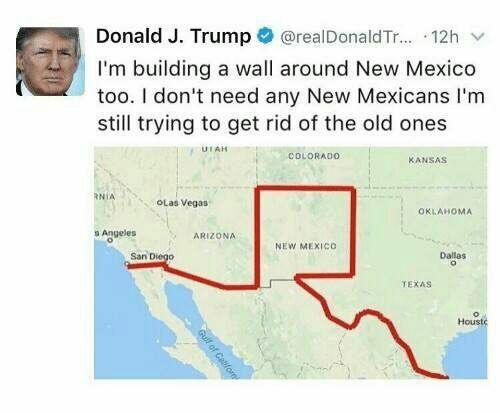 Trump Administration is the Most Corrupt Government Institution in the United States, Americans Believe(newsweek.com)

Pelosi on if Trump should resign: ‘I don’t think he ever should have been president’ (thehill.com)
Tammy Duckworth Slams Trump Over Tweet, Calls Him ‘Cadet Bone Spurs’ (chicago.cbslocal.com)
Warren blasts Trump tweet: Are you really trying to ‘slut-shame’ Gillibrand? (thehill.com)

Does anyone else notice that any post pointing out that Trump’s dozen or so rape allegations, gets immediately mass downvoted and infiltrated by some very non collegial and abrasive “users” who sh*t on the post? Much in the same way Pizzagate posts work. I think we found a good pressure point.

EDIT: Here comes the downvote fairies! Went from +20, to +7 in 4 minutes…keep protecting your little puppet and doing the bitch work shills?

EDIT: I was given gold by an angry anonymous user, who sent me this charming PM (below). He gave me gold, in an attempt to make me look “stupid”, by his own admission. I have never given gold, and didn’t want gold on this post. I’ve been skeptical of the way gold is used to add credibility and creedence to certain posts/comments, and it is money that goes towards Reddit. They are desperate now…

Keep posting about Trump and raising awareness for his sexual abuse allegations. For a sub that claims to be non partisan, we need to hold our own president accountable for the same crimes we pursue others for.

Obviously the MO of the social engineers is to protect his “anti establishment” image on conspiracy forums and make him look trustworthy to us so he can do corrupt shit without criticism. They created a cult essentially, and we need to burn that stupid mentality and naive pro government mentality to the ground here.

Keep sharing about his Epstein relationship and his sexual abuse allegations. If the posts don’t go anywhere (usually vote brigaded I assume), at least it proves the point that it’s being censored and covered up from being a popular topic here.

TheWebOfSlime: There just hasn’t been anything to them and the timing is super suspicious.

One accusation that came to mind is the Epstein accuser, who was able to describe Epstein’s “egg shaped” penis, while had no such details about Trump.

Additionally, you have the complete spectrum of Roy Moore allegations versus debunked allegations so nobody who isn’t partisan can really tell what is going on.

What used to be used as a means of forensic interruption is now trying to be swung the other way and it is so obvious, most people are just noping out of this conversation by default.

Worse yet, the goalposts of debate are still being dragged away from Pizzagate, because the majority of these accusations are about sexual harassment or painted as isolated incidents when *Pizzagate is about protected political pedophilia that has cult connections and connections to the intelligence community.*

Remember, Rose McGowan was part of the Children of God cult, rife with pedophilia… but this is what she is outraged about? It is contrived.

One thing is for sure… and this is the problem you partisans face… the news is lying to you almost 100% of the time. Once you realize that, the common agenda reveals itself.

The common agenda is to assert authoritarianism.

You, as people, can reject partisanship and embrace two issues, to stop these psychos.

Eschew drama and attempts to bait you into being emotional and the imposition of these two philosophies at a systemic level solves a tremendous number of problems.

PantsMcGillicuddy: Yup, definitely noticed it. I always try to ask for proof of the women being liars (which is the constant claim) and haven’t received anything.

It’s a cult. Pure and simple.

IthAConthpirathee: You are getting downvoted because your post is hyperbolic and inaccurate. While there are allegations against President Trump therre are not “dozens of rape allegations”. Most of the allegations are “he kissed me” or “he hugged me”. Maybe don’t post complete and utter fabricated bullshit.

Rocksolid1111: Did you notice the Correct the Record whistleblower predicted/implied a coordinated attack to call for Trump to resign over sexual allegations is coming and David Brock’s troll farm would push it?

>This month before christmas it was/is going to be “HE NEEDS TO RESIGN HE ADMITTED AND BRAGGED ABOUT BEING A SEX PREDATOR!”

>Remember that word folks, bragged. Where you see “bragged” you see a CTR shill.

thetydollars: Did you notice any time someone points out allegations that a previous president did the same thing and got away with it that the “what about trump” people come out like clockwork?

867530999999995858: I think they’re realizing his image is starting to slip and lose grip on the conspiracy culture. Most of us have woken up (some of us never fell for that shit in the first place). Agreed that he needs to be investigated and held accountable equally.

benjaminbunny99: It’s funny that people still believe the mainstream media and organizations funded by Soros with the soul purpose of defaming Trump. Ever consider why they are so scared of him? Why so much effort is being put into fabricating stories that to nowhere? If you’ve been paying attention it’s quite obvious what’s going on.

Putin_loves_cats: Meh, many of us are just sick and tired of seeing nonstop political bullshit being spammed on here.

Weirdbhamcall: This can be said for most posts or comments critical of Trump in any way. It usually just boils down to cat fights. I have to take my earrings out and everything.

ignoremsmedia: Does this mark the official end of “Trump is Putins puppet”?

Year one has been special I guess after this fizzles away there will be an alien collusion narrative to follow.

davetides: Shareblue working overtime on the sexual assault narrative huh? Pretty funny how obvious it is too.

And there are more … 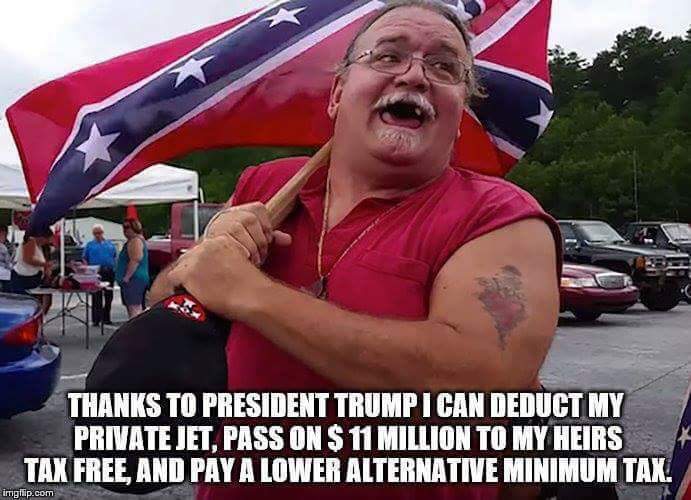 Trump sends sexually suggestive and demeaning tweet about Gillibrand (washingtonpost.com)
Gretchen Carlson: Trump was implying Gillibrand would perform ‘sexual favors’ (thehill.com)
Sixth senator says Trump should resign (politico.com)
Trump accusers to unite for first time, demand congressional investigation into allegations(thehill.com)
“Republicans don’t care about America at all. They have shown themselves to be 100% against their fellow countrymen, immoral, unpatriotic, and borderline psychopathic.”
CNN’s Acosta says he was warned not to ask Trump a question at bill signing (thehill.com)
Even hos own daughter doesn’t agree with him?
Ivanka Trump Tweets ‘Happy Holidays’ Instead of ‘Merry Christmas,’ Defying Her Father’s Wishes (newsweek.com)
The Trump team’s falsehoods of 2017 (politifact.com)
Trump’s Jerusalem move was supposed to destabilize the entire Middle East. It didn’t. (vox.com)

Seriously,  what was Donald Trump thinking?

Previous Post: « Ruins at Mitla – Oaxaca, Mexico – circa 1874
Next Post: “Only you and you alone can change your situation. Don’t blame it on anything or anyone.” Leonardo Dicaprio »