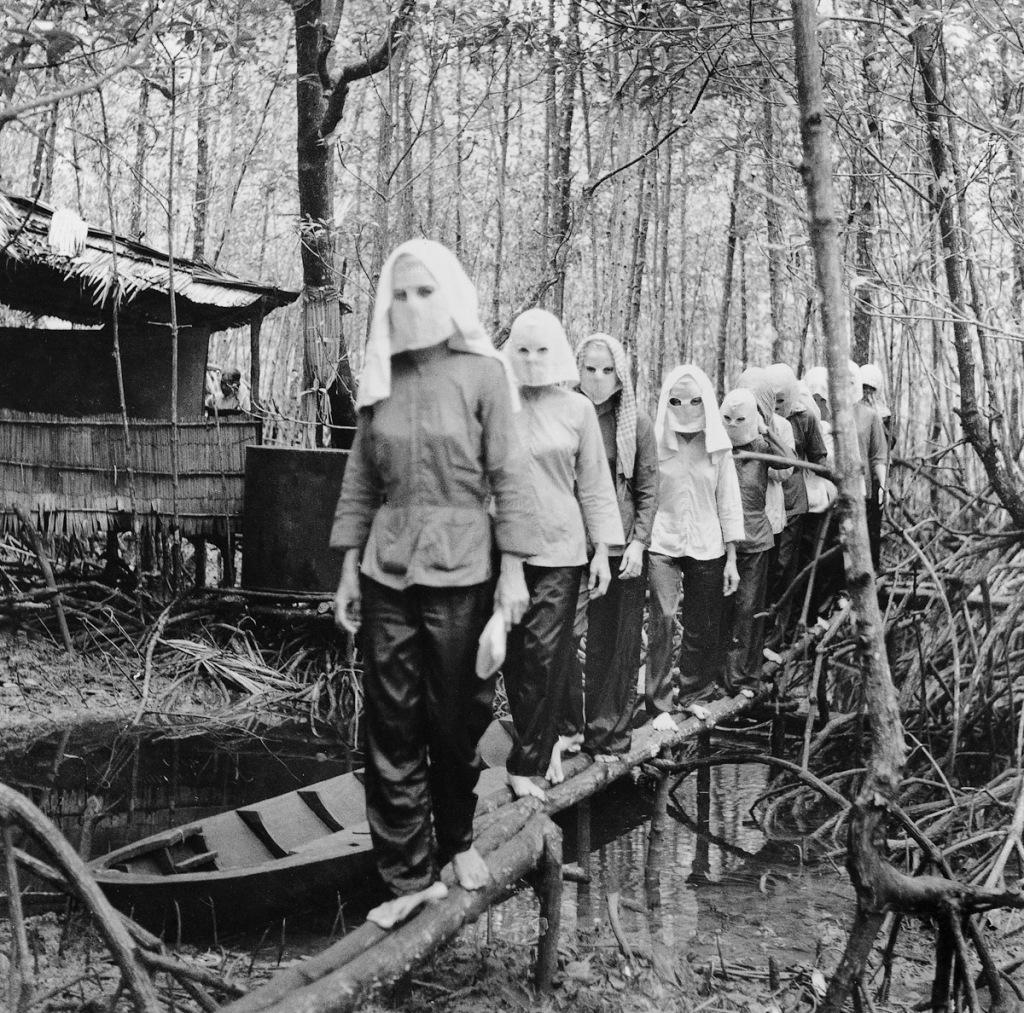 1972
Activists meet in the Nam Can forest, wearing masks to hide their identities from one another in case of capture and interrogation. From here in the mangrove swamps of the Mekong Delta, forwarding images to the North was difficult. “Sometimes the photos were lost or confiscated on the way,” said the photographer.
Source

The original source said ‘activists’. I’m pretty sure these women were active for the Vietcong in the cities hence I translated ‘activists’ with ‘resistance fighters’. If I’m wrong then please do correct me. Source: http://mashable.com/2016/02/05/another-vietnam-photography/#Tt7QWvGOzGqn

Jungle warfare is a term used to cover the special techniques needed for military units to survive and fight in jungle terrain.

It has been the topic of extensive study by military strategists, and was an important part of the planning for both sides in many conflicts, including World War II and the Vietnam War.

The jungle has a variety of effects on military operations. Dense vegetation can limit lines of sight and arcs of fire, but can also provide ample opportunity for camouflage and plenty of material with which to build fortifications.

Jungle terrain, often without good roads, can be inaccessible to vehicles and so makes supply and transport difficult, which in turn places a premium on air mobility. The problems of transport make engineering resources important as they are needed to improve roads, build bridges and airfields, and improve water supplies.

Jungle environments can also be inherently unhealthy, with various tropical diseases that have to be prevented or treated by medical services. Likewise the terrain can make it difficult to deploy armoured forces, or any other kind of forces on any large scale. Successful jungle fighting emphasises effective small unit tactics and leadership.