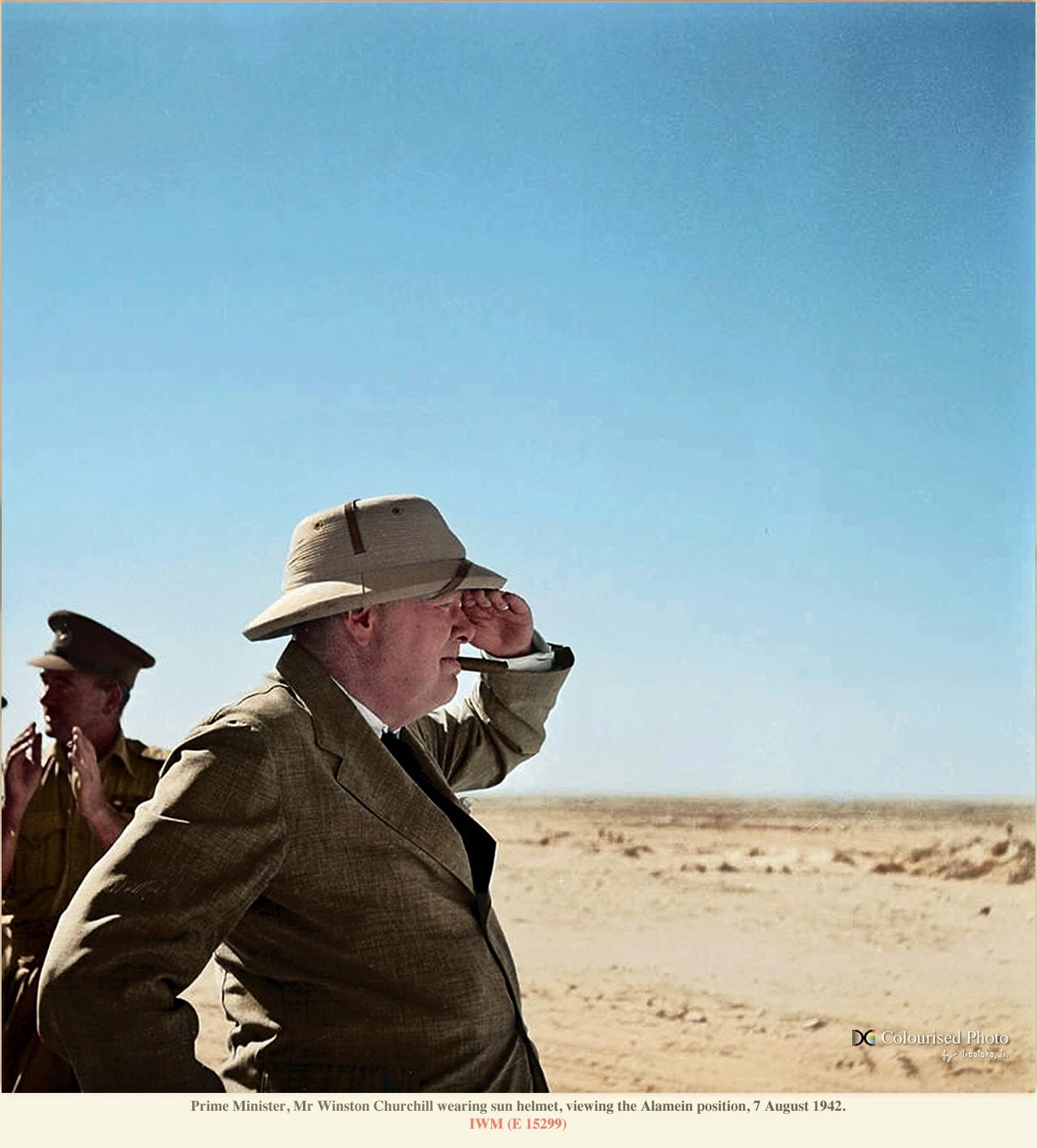 Historians delight in publishing photographs of Churchill taken by servicemen present on his wartime journeys, often taken impromptu, with “Brownies” or other basic equipment: an intimate view that is lost to the press cameras and official photographers.

These photographs, taken by my late guardian Robert Johnson, were snapped of Churchill and Air Chief Marshal Tedder on the PM’s visit to North Africa in August 1942. All were taken shortly after landing. One image shows WSC surrounded by officers and servicemen, another his inspection of them on parade; another his farewell.

The little information I had is that the photos were taken “somewhere in Egypt,” with the very sketchy date of 18 August 1942. Robert Johnson served with 40 Squadron RAF (Wellington Bombers can be seen in some photographs), which my research reveals was located at Shallufa, Egypt at time of Churchill’s visit. On the basis of information furnished below, I now believe these photos were taken on 5 August 1942.

“Getting There” (Finest Hour 148) notes that Churchill flew to Gibraltar, Cairo, El Alamein, Teheran, and Moscow, and back, by roughly the same route, between 2 and 24 August 1942. The result of his visit to the Middle East was a drastic and immediate change of command, with Alexander commander-in-chief Middle East and Montgomery subordinate to him in command of the Eighth Army. (See Winston S. Churchill, The Hinge of Fate, Chapter XXVI.)

On this trip Churchill was in North Africa on 4-9 and 17-23 August. The photos likely date to August 5th, when he records visiting “the Alamein positions.” (He spent the 6th with Brooke and Smuts and the 7th with the 51st Highland Division; he was in Cairo from the 8th-10th, in Moscow on the 10th-16th. He also visited with North African troops on his return trip, but travelled by car.)

DarthPun: How did they sneak Churchill past the Axis to get him to Africa?

coemo14: That, or he is giving a really far away salute.

Previous Post: « The Revenge Of Indonesia Bondowoso Road Race 2017
Next Post: Female resistance fighters meet in the Nam Can forest, wearing masks to hide their identities from one another in case of capture and interrogation. Vietnam, 1972 »