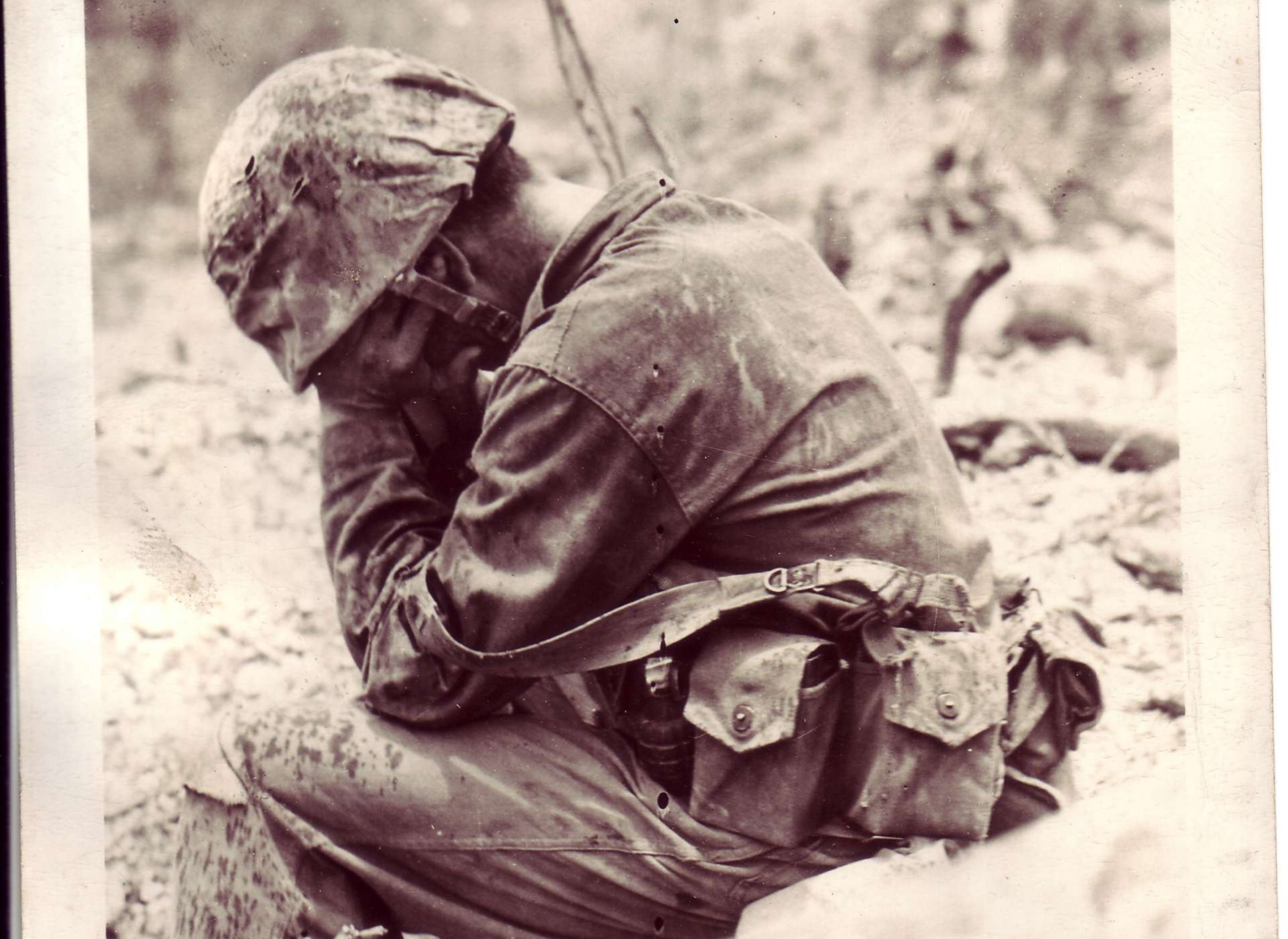 EvilReindeer: So hard to imagine what’s going through his mind.

_jandax: Isnt H-2-1 the same company, or in the same division, as Eugene Sledge and Sidney Phillips? (who published their own war memoirs, and have given a great deal to Steven Ambrose’s work in putting together The Pacific, which like Band of Brothers was turned into a mini series on HBO)

Howe two one is a name I can’t forget. Who’s the photographer?

Previous Post: « The Valentine’s Day Massacre – GOP thinks more guns is the answer?
Next Post: German soldiers fighting in Novorossiysk, 1943. Pistol in one hand, something like an ax in the other »