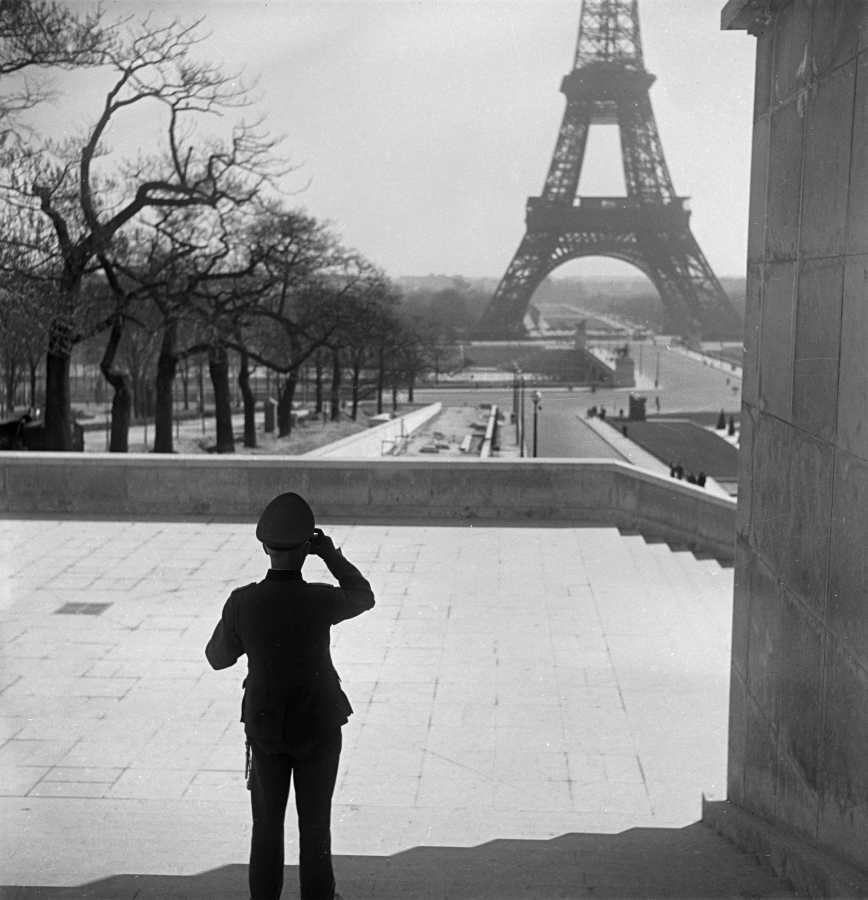 BootyUnlimited: I like how the French resistance destroyed the elevator in the Eiffel Tower so that Hitler would have to walk the stairs to go to the top. He never did go to the top of the tower.

Antherios: This reminded me that apparently Hitler ordered for explosives to be placed around the most important Parisian landmarks (including the Eiffel tower) and ordered for them to be detonated if the Allies regained control of Paris.

But after the Allies finally retook Paris, the german general in surrendered the city and did not follow those orders.. if he had we wouldn’t have an Eiffel tower today.

alexbeingsocial: He stood there admiring the Eiffel Tower for a whole year?!

KassTheKorok: How do we know the German officer is admiring the Eiffel Tower? For all I know he could be thinking “How can I bring this ugly pile of metal down?”

LAiglon144: Give it 3 years and then we’ll see what he’s looking at coming down the Champs-Élysées ??????

Previous Post: « Barber Shop in Clanton, Alabama, 1920s
Next Post: “Most people are other people. Their thoughts are someone else’s opinion. Their lives a mimicry. Their passions a quotation.” Oscar Wilde »