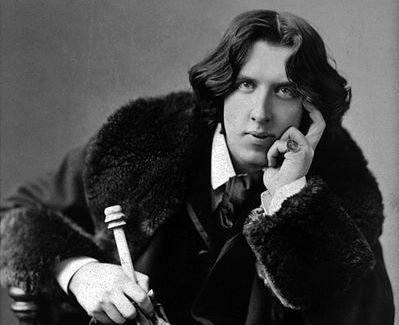 Oscar Fingal O’Flahertie Wills Wilde was an Irish poet and playwright. After writing in different forms throughout the 1880s, he became one of London’s most popular playwrights in the early 1890s.
Born: October 16, 1854, Westland Row, Dublin
Died: November 30, 1900, Paris, France
Buried: July 19, 1909
Plays: The Importance of Being Earnest, Salome

Previous Post: « German officer admiring the Eiffel Tower, 1940-41.
Next Post: Duke Kahanamoku, the man who popularized surfing around the world, in Hawaii, 1920 »