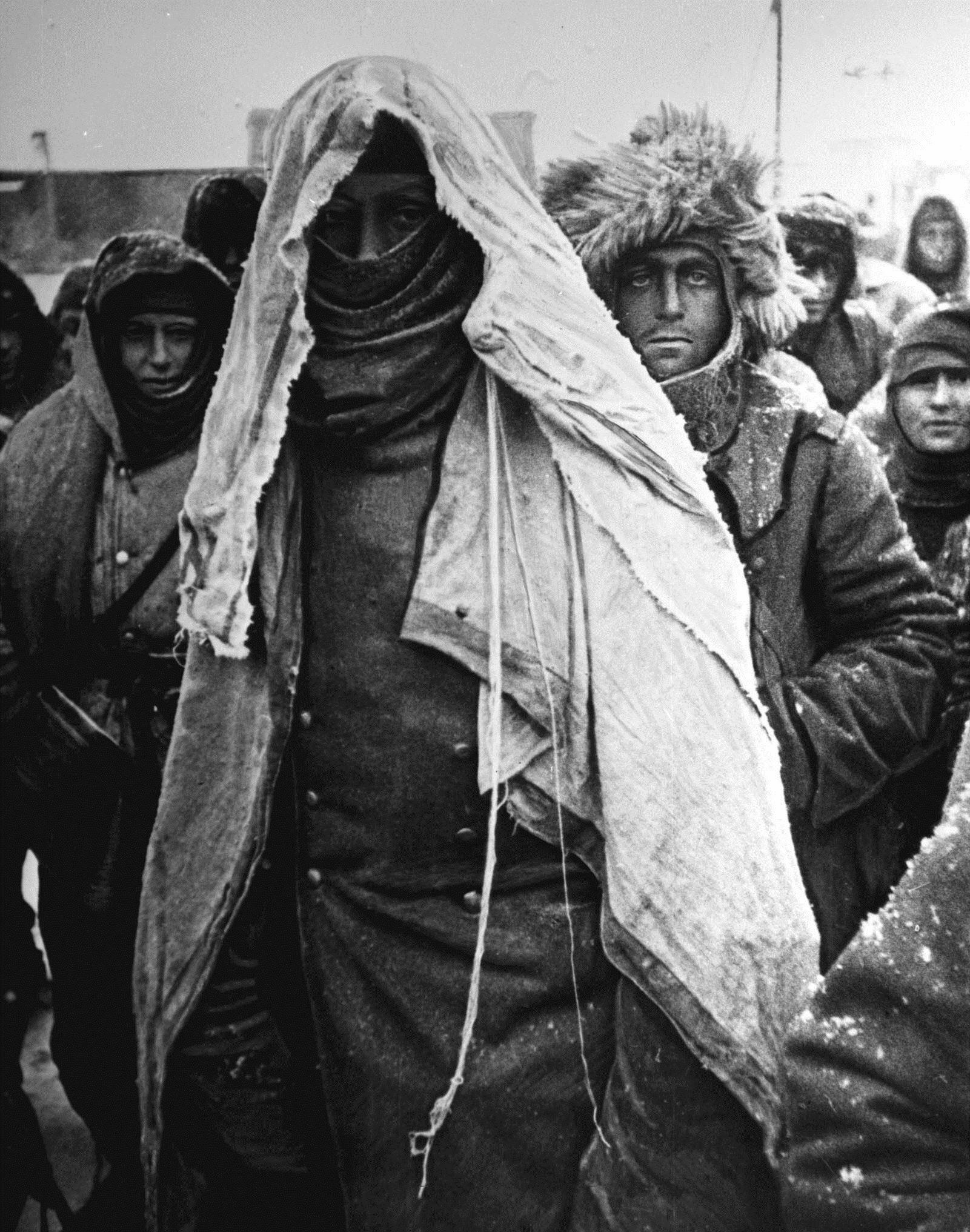 What a powerful picture.

I would imagine that Stalingrad during the wartime was one of the most hellish places on earth for both soldiers and civilians. I wonder if those men knew what kind of journey they were in for after surrender.

They are cold, bewildered, miserable. But their true misery is only just beginning because now begins their journey to the soviet labor camps.

Quote: Soviet Minister of Foreign Affairs Vyacheslav Molotov *”…not a single German prisoner would return home until Stalingrad was rebuilt.”*