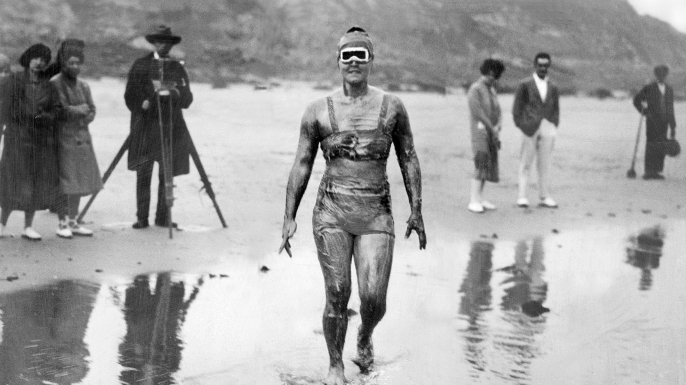 It looks like she has something smeared all over her. What is it? Sunblock?