It’s expensive to be poor. Rich people make money just by having money. Having money makes you money. 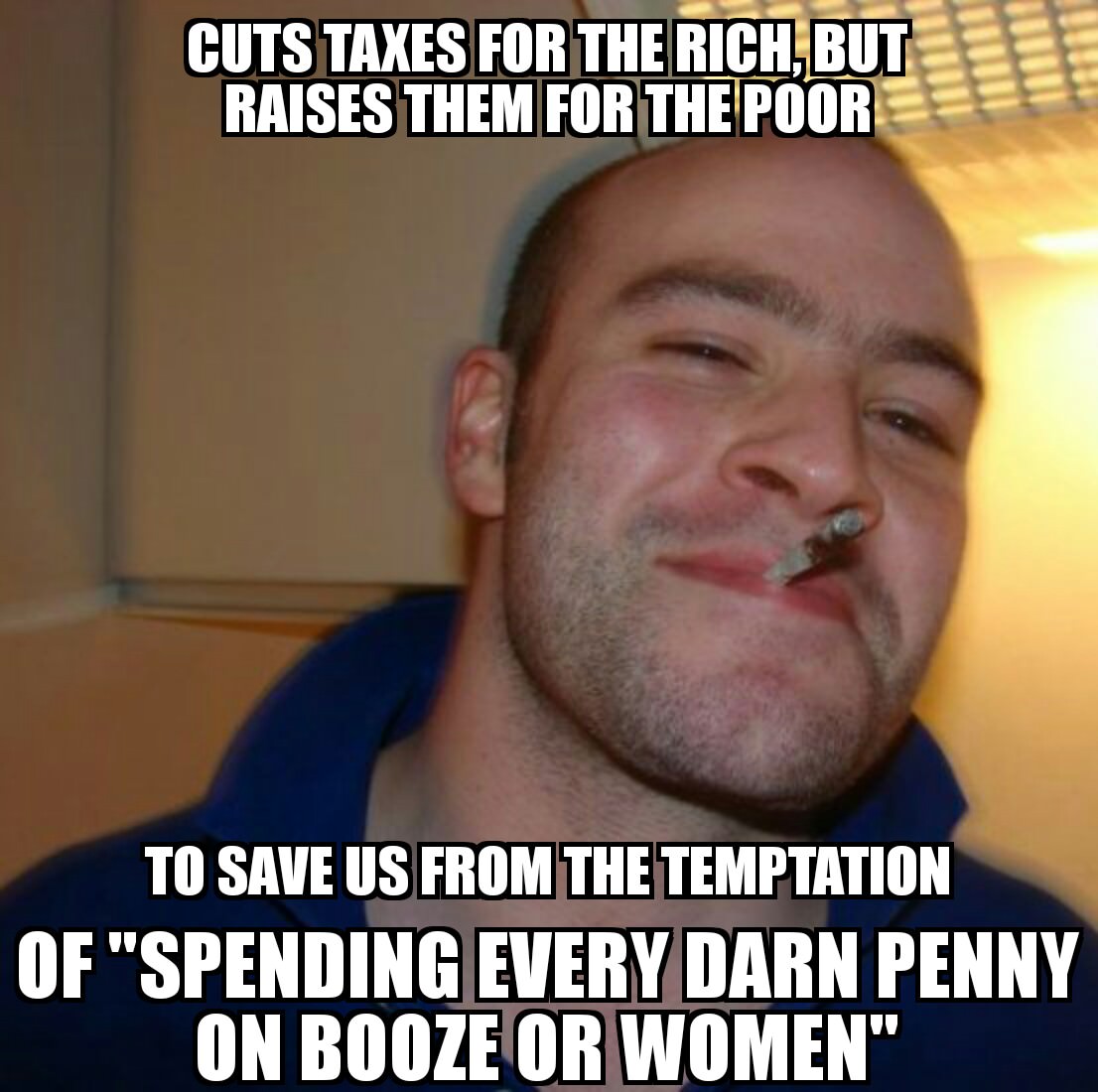 If on the other hand, you are poor, then it’s expensive because you can’t really own anything and you have to pay rent to a rich man to have housing, transportation, loans, etc. It doesn’t matter what kind of economy, it’s the same in every country.

TheLonelyDevil91: Poor people buy gucci while rich people buy from costco. I say poor people fall for brand reputation and all this just a social tool from the higher ups to rake in more money and just become a cycle. My friend works 24/7 at an airport and he spends his money on all the latest fashion trends. He basically stuck in the cycle, nothing can pull him out, only death. Good friend tho.

DonnaGail: If you invest your money wisely, then it makes you money. But not always. And many people diversify their money in different stocks, etc.

And how do you think they got that money? Most of them worked their butts off and sacrificed for many years. (Although some do inherit money though).

horsemonkeyrobot: >It’s expensive to be poor.

Yes it is. It’s not just a lack of money that screws poor people. It’s the fact that there are myriad fees on being poor, from late payment fees to high interest rates.

Poor people generally can’t afford regular doctor visits, so their health suffers to the point where serious medical intervention is necessary, which is very expense. If the poor people can’t pay to keep themselves alive, they go into extreme debt. Their credit suffers, which makes getting a car or a job or an apartment/house much more difficult.

Society would benefit if we helped keep the poor afloat so that in their desperation they don’t turn to crime, as well.

Automation is increasingly making low-skill jobs scarce that would ordinarily be available to poor people.

Putin_loves_cats: Poor people usually tend to keep themselves poor, whether wittingly or unwittingly. Much of it is, because of the education system.

Enok-Stroth: I’m poor, the reason I’m poor is I bought dumb sh*t. Never really saved my income. Now once again jobless because of my own inabilities. At least now I can blame the actual problem which is me. My thinking, the way I don’t respect money because I look down upon it, view as an evil thing. Money is just a tool, can’t be evil. Yet some how I was lead to this conclusion. Might have been from the TV, might have been from my peers, or just from my parent. I don’t know. But I know I came to the wrong conclusion. After some introspection my lack of respect for money, my lack of knowledge or rather willingness to balance my budget is the problem. But at the same time it doesn’t end there. My habits, the way I consume things is the problem. The way I can only see the problems in my surroundings and not my own is a problem. The problem I make excuses instead of changes is the problem.

TO be honest I don’t know how to change or where to start, but I know I need to.

robaloie: Wecolme to the demise of human civilization, also called capitalism. Poor people can’t afford the nice products so they buy the cheap ones that break faster so they end up having to buy more of the same cheap product

pildoughboy: This is the way economics work. It’s a shame people think they need to go to college and have car which require loans and holds them down. An honest critique of the system is when lawmakers are influenced by rich people, which happens 70%+ of the time. Another critique I have is when global companies and foreign work take over your local markets. There are other schemes that hurt the average person in areas, but you can’t just blame rich people.

RocketSurgeon22: Save your money and invest in a business. Poor people have done this a lot.

m82918: the difference between rich and poor is that the rich SPEND money on things that make them MORE money (real estate/buying a business), while the poor spend it on frivolous things like jewelry, cars/etc

BanedFromConspiracy: From the best of my ability to tell what is why, the US economic system is set up in a way to suck the wealth out of families over generations.

These are what they say,

What do folks think?
“Republicans are using taxes to steal our money to give to the rich. Actual tax theft” How rich people get rich

froggod972: the elite have you for three reasons: Canon fodder, consumer, tax payer.`

dghdgdgp: They also get wage increases relative to inflation.

But oppose increasing the minimum wage relative to inflation

NoahWebstersGhost: Simply another rich man’s trick to continue to rob the poor.

LordBlackmore: Hot button for me.

* get a stipend not a paycheck
* have the same healthcare as everyone else
* have to plan for retirement like everyone else (401K, etc)
* no publicly paid for lifetime health insurance
* no contact with lobbyists
* no 3rd party money changes hands (no quid pro quo)

Serving in Congress is a privilege and if someone wants to do it, they should consider it a public service. Not a get rich scheme.

And kick their sorry asses out after a couple of terms. The longer people serve, the more opportunities for shenanigans.

Vets should get what they need, including quality health care in a timely fashion.

Previous Post: « Rally against Nazism in New York, Madison Square Garden 1937
Next Post: Gertrude Ederle entering the water on August 6, 1926 at Cap Gris-Nez, France on her way to becoming the first woman to swim the English Channel (her time was 14 hours 31 minutes) »