“God forbid that Truth should be confined to Mathematical Demonstration!”
– William Blake 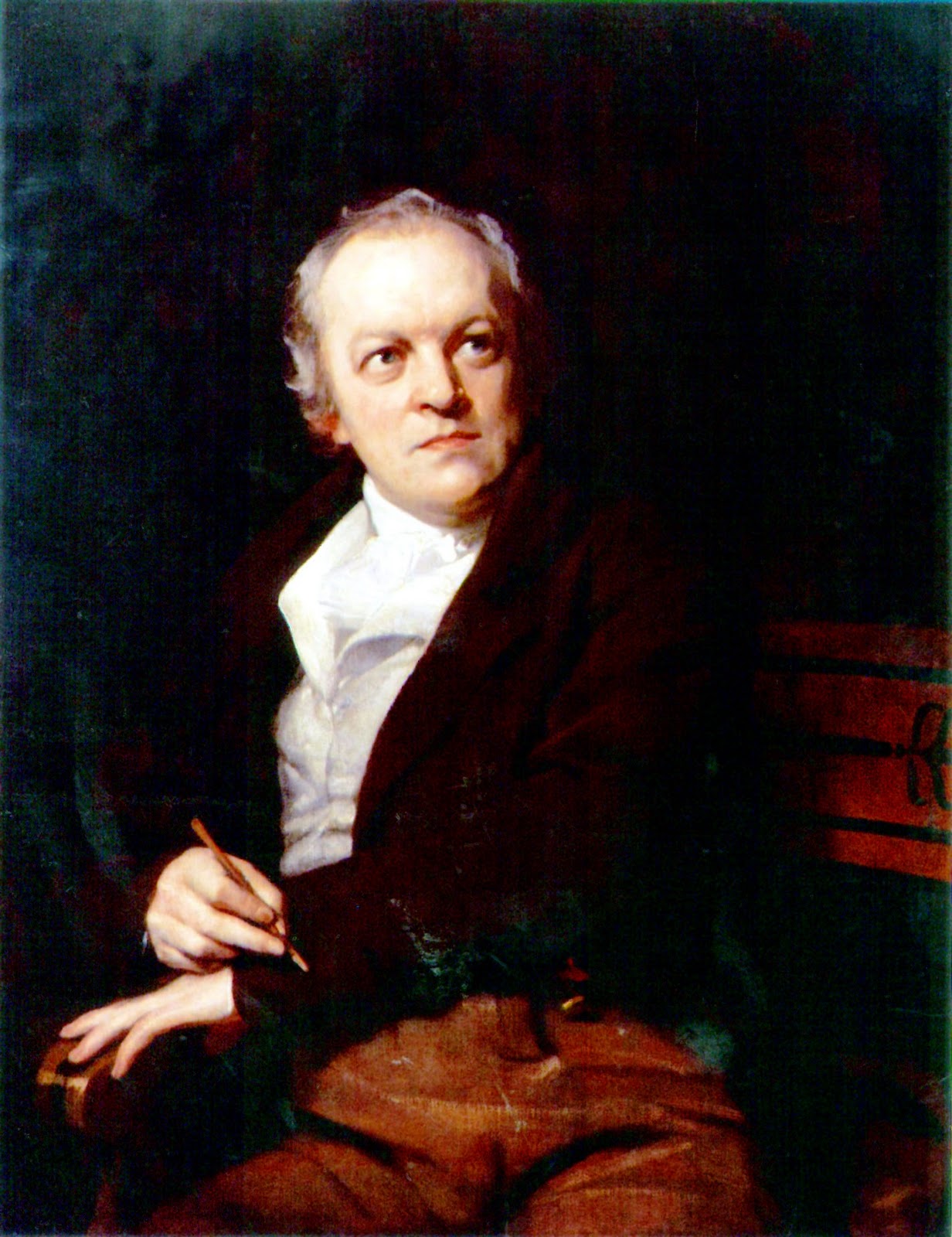 William Blake was a 19th century writer and artist who is regarded as a seminal figure of the Romantic Age. His writings have influenced countless writers and artists through the ages, and he has been deemed both a major poet and an original thinker.

“I am under the direction of messengers from Heaven daily and nightly.”
—William Blake

Born in 1757 in London, England, William Blake began writing at an early age and claimed to have had his first vision, of a tree full of angels, at age 10. He studied engraving and grew to love Gothic art, which he incorporated into his own unique works. A misunderstood poet, artist and visionary throughout much of his life, Blake found admirers late in life and has been vastly influential since his death in 1827. 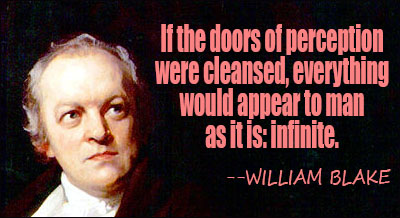 William Blake was born on November 28, 1757, in the Soho district of London, England. He only briefly attended school, being chiefly educated at home by his mother. The Bible had an early, profound influence on Blake, and it would remain a lifetime source of inspiration, coloring his life and works with intense spirituality.

At an early age, Blake began experiencing visions, and his friend and journalist Henry Crabb Robinson wrote that Blake saw God’s head appear in a window when Blake was 4 years old. He also allegedly saw the prophet Ezekiel under a tree and had a vision of “a tree filled with angels.” Blake’s visions would have a lasting effect on the art and writings that he produced.

Blake’s artistic ability became evident in his youth, and by age 10, he was enrolled at Henry Pars’s drawing school, where he sketched the human figure by copying from plaster casts of ancient statues. At age 14, he apprenticed with an engraver. Blake’s master was the engraver to the London Society of Antiquaries, and Blake was sent to Westminster Abbey to make drawings of tombs and monuments, where his lifelong love of gothic art was seeded.

Also around this time, Blake began collecting prints of artists who had fallen out of vogue at the time, including Durer, Raphael and Michelangelo. In the catalog for an exhibition of his own work in 1809, nearly 40 years later, in fact, Blake would lambast artists “who endeavour to raise up a style against Rafael, Mich. Angelo, and the Antique.” He also rejected 18th century literary trends, preferring the Elizabethans (Shakespeare, Jonson and Spenser) and ancient ballads instead. 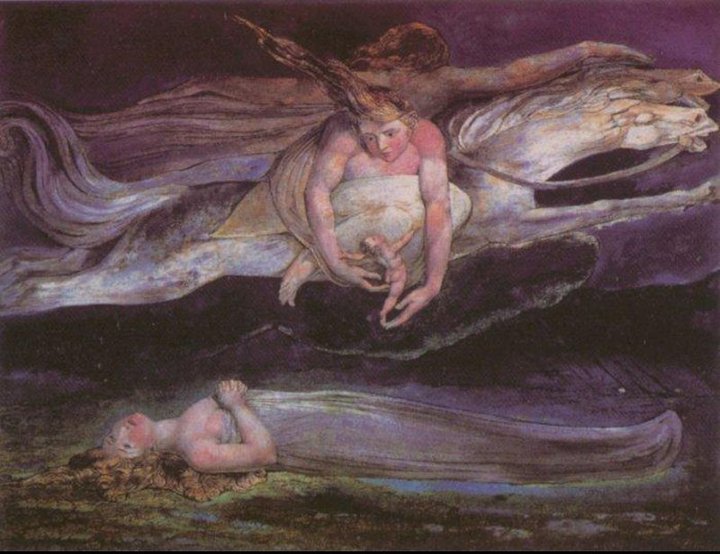 In 1779, at age 21, Blake completed his seven-year apprenticeship and became a journeyman copy engraver, working on projects for book and print publishers. Also preparing himself for a career as a painter, that same year, he was admitted to the Royal Academy of Art’s Schools of Design, where he began exhibiting his own works in 1780. Blake’s artistic energies branched out at this point, and he privately published his Poetical Sketches (1783), a collection of poems that he had written over the previous 14 years.

In August 1782, Blake married Catherine Sophia Boucher, who was illiterate. Blake taught her how to read, write, draw and color (his designs and prints). He also helped her to experience visions, as he did. Catherine believed explicitly in her husband’s visions and his genius, and supported him in everything he did, right up to his death 45 years later.

One of the most traumatic events of William Blake’s life occurred in 1787, when his beloved brother, Robert, died from tuberculosis at age 24. At the moment of Robert’s death, Blake allegedly saw his spirit ascend through the ceiling, joyously; the moment, which entered into Blake’s psyche, greatly influenced his later poetry. The following year, Robert appeared to Blake in a vision and presented him with a new method of printing his works, which Blake called “illuminated printing.” Once incorporated, this method allowed Blake to control every aspect of the production of his art.

While Blake was an established engraver, soon he began receiving commissions to paint watercolors, and he painted scenes from the works of Milton, Dante, Shakespeare and the Bible.

The Move to Felpham and Charges of Sedition

In 1800, Blake accepted an invitation from poet William Hayley to move to the little seaside village of Felpham and work as his protégé. While the relationship between Hayley and Blake began to sour, Blake ran into trouble of a different stripe: In August 1803, Blake found a soldier, John Schofield, on the property and demanded that he leave. After Schofield refused and an argument ensued, Blake removed him by force. Schofield accused Blake of assault and, worse, of sedition, claiming that he had damned the king.

The punishments for sedition in England at the time (during the Napoleonic Wars) were severe. Blake anguished, uncertain of his fate. Hayley hired a lawyer on Blake’s behalf, and he was acquitted in January 1804, by which time Blake and Catherine had moved back to London.

In 1804, Blake began to write and illustrate Jerusalem (1804-20), his most ambitious work to date. He also began showing more work at exhibitions (including Chaucer’s Canterbury Pilgrims and Satan Calling Up His Legions), but these works were met with silence, and the one published review was absurdly negative; the reviewer called the exhibit a display of “nonsense, unintelligibleness and egregious vanity,” and referred to Blake as “an unfortunate lunatic.”

Blake was devastated by the review and lack of attention to his works, and, subsequently, he withdrew more and more from any attempt at success. From 1809 to 1818, he engraved few plates (there is no record of Blake producing any commercial engravings from 1806 to 1813). He also sank deeper into poverty, obscurity and paranoia.

In 1819, however, Blake began sketching a series of “visionary heads,” claiming that the historical and imaginary figures that he depicted actually appeared and sat for him. By 1825, Blake had sketched more than 100 of them, including those of Solomon and Merlin the magician and those included in “The Man Who Built the Pyramids” and “Harold Killed at the Battle of Hastings”; along with the most famous visionary head, that included in Blake’s “The Ghost of a Flea.”

Remaining artistically busy, between 1823 and 1825, Blake engraved 21 designs for an illustrated Book of Job (from the Bible) and Dante’s Inferno. In 1824, he began a series of 102 watercolor illustrations of Dante—a project that would be cut short by Blake’s death in 1827.

In the final years of his life, William Blake suffered from recurring bouts of an undiagnosed disease that he called “that sickness to which there is no name.” He died on August 12, 1827, leaving unfinished watercolor illustrations to Bunyan’s Pilgrim’s Progress and an illuminated manuscript of the Bible’s Book of Genesis. In death, as in life, Blake received short shrift from observers, and obituaries tended to underscore his personal idiosyncrasies at the expense of his artistic accomplishments. The Literary Chronicle, for example, described him as “one of those ingenious persons … whose eccentricities were still more remarkable than their professional abilities.”

Unappreciated in life, William Blake has since become a giant in literary and artistic circles, and his visionary approach to art and writing have not only spawned countless, spellbound speculations about Blake, they have inspired a vast array of artists and writers. 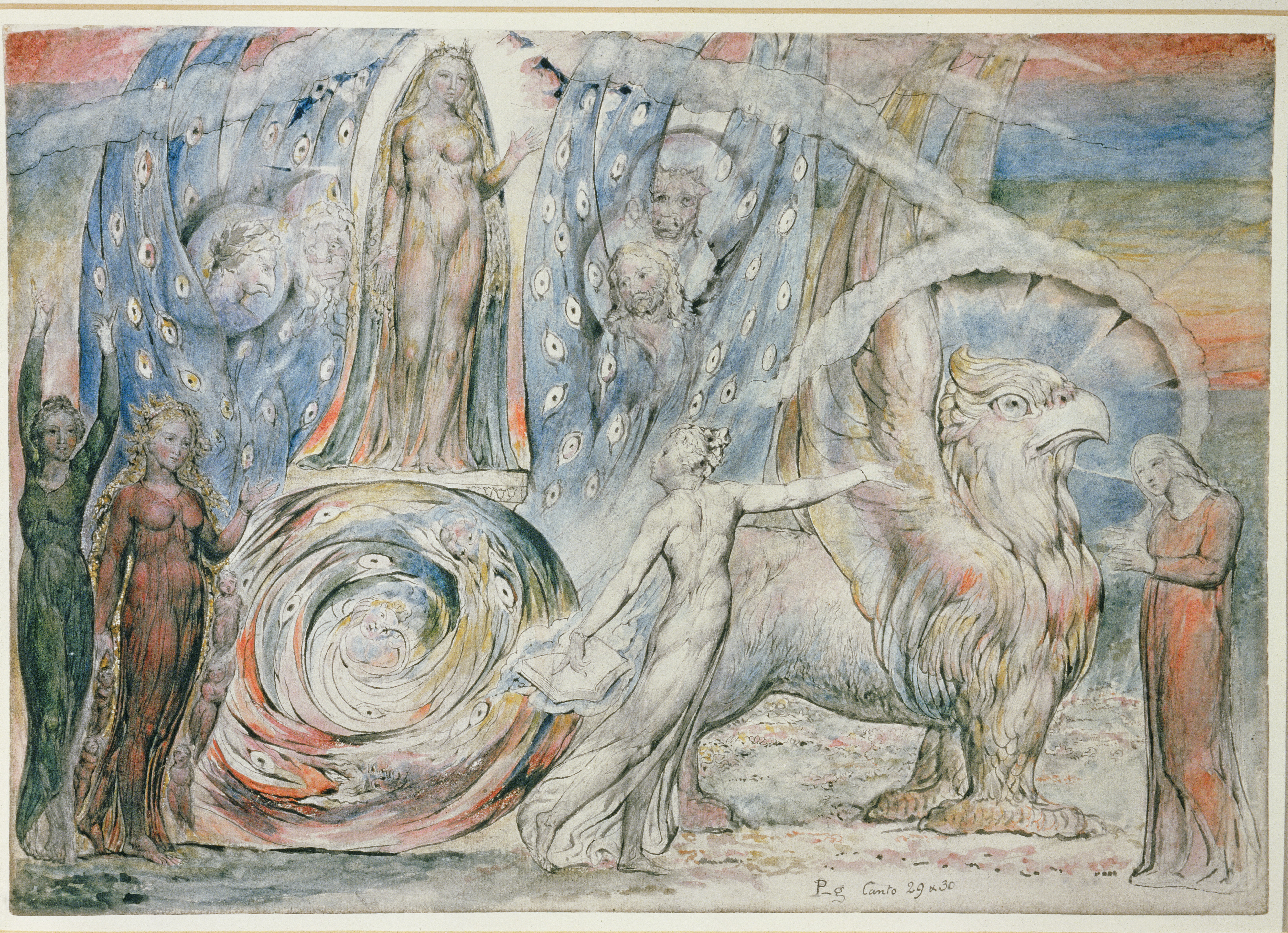 Previous Post: « “The truth may be puzzling. It may take some work to grapple with. It may be counterintuitive. It may contradict deeply held prejudices…” Carl Sagan
Next Post: “Too many OB/GYN’s aren’t able to practice their love with women all across the country.” George W. Bush »