“Too many OB/GYN’s aren’t able to practice their love with women all across the country.”
― George W. Bush

Digging out from the storm 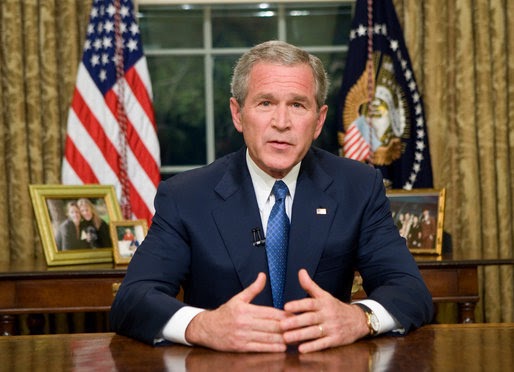 WASHINGTON (CNN) — Florida digs out from Hurricane Frances today, while Bill Clinton recuperates from bypass surgery in New York. Meanwhile, John Kerry’s quest for his own recovery winds through North Carolina, where he moves from Iraq to jobs, challenging President Bush to “come clean” on outsourcing.

Bush, who heads to Florida tomorrow to survey damage from Frances, campaigns again today in Missouri, where he makes a three-city bus swing. The president drew a large crowd Monday in the small town of Poplar Bluff despite frequent rain. In a state that’s seen job numbers fall in recent months, Bush played up tax reform and what’s ahead for the economy.

Camp Kerry “pre-ttacks” this morning, noting job losses in Missouri and reports that AT&T fired more than 400 workers from its telemarketing centers in St. Louis and Lee’s Summit, the Bush-friendly town where the president is holding an event this morning.

In Missouri, CNN’s Dana Bash offers a “Bushism” from the president’s rally yesterday. While discussing malpractice lawsuit reforms in Poplar Bluff, Bush said that “too many OB/GYN’s aren’t able to practice their love with women all across the country.”

In North Carolina this morning, we’re told that Kerry will point to two recent comments from Bush administration officials that appear sympathetic to outsourcing: Labor Secretary Elaine Chao said during the GOP convention that “the anxiety belies the numbers,” which she said show foreign companies create more U.S. jobs than the number lost to foreign workers. Treasury Secretary John Snow has said job outsourcing is an aspect of trade that “makes the economy stronger.”

“Because of George Bush’s wrong choices, this country is continuing to ship good jobs overseas — jobs with good wages and good benefits,” Kerry will say in remarks prepared for delivery at the town-hall meeting this morning in Greensboro. “All across America, companies have shut their doors, putting hardworking people out of a job, leaving entire communities without help or hope.”

Kerry’s event, we should note, is scheduled to take place in what was the historic train station’s main waiting room. His backdrop: a 1927 map of the Southern Railway System, which runs through 13 states that Bush won in 2000.

Meanwhile, back in Washington, the House returns today after its August recess … er, district work period. Something to watch — the assault weapons ban. Will anyone in Congress try to extend the ban that expires September 13?

The Labor Day festivities came amid a new CNN/USA Today/Gallup Poll showing some bounce for Bush coming out of the convention. The poll shows Bush increasing a slight lead over Kerry among likely voters — from 50 percent to 47 percent before the convention to 52 percent to 45 percent now.

Other notable numbers from the survey:

Thirty-one percent of respondents now consider terrorism the most important issue, equal with the economy. Twenty percent say Iraq is the most important issue, down from 27 percent in July. Sixty-eight percent of voters say Bush can handle the responsibilities of commander in chief, up 7 percentage points from August. Fifty-five percent say Kerry can handle it, a drop of 8 percentage points from August.

Fifty-two percent of respondents now approve of the way the president is handling his job, and 46 percent disapprove. The approval numbers are now higher than 50 percent, up 3 percentage points from August. 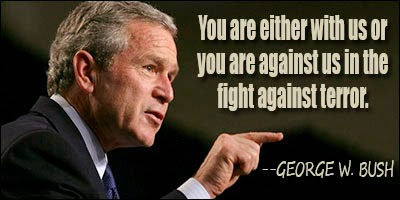 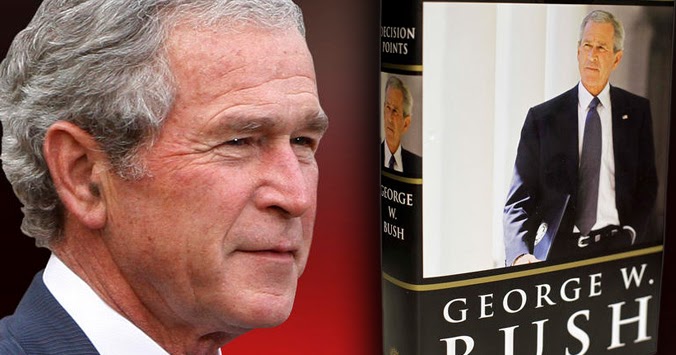 Quotes
Our enemies are innovative and resourceful, and so are we. They never stop thinking about new ways to harm our country and our people, and neither do we.
I just want you to know that, when we talk about war, we’re really talking about peace.
See, in my line of work you got to keep repeating things over and over and over again for the truth to sink in, to kind of catapult the propaganda.
Profiles
Facebook
Instagram 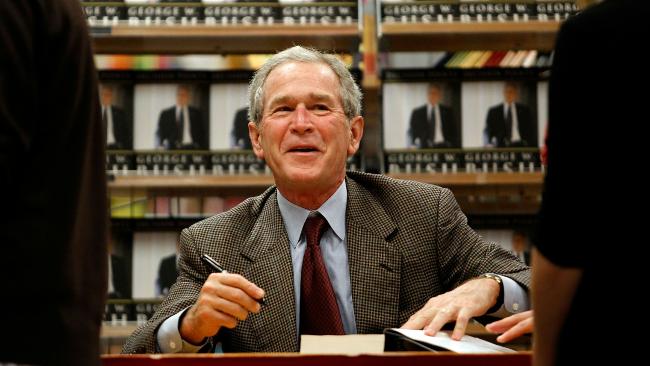 « “God forbid that Truth should be confined to Mathematical Demonstration!” William Blake
“The optimist thinks this is the best of all possible worlds. The pessimist fears it is true.” – J. Robert Oppenheimer »