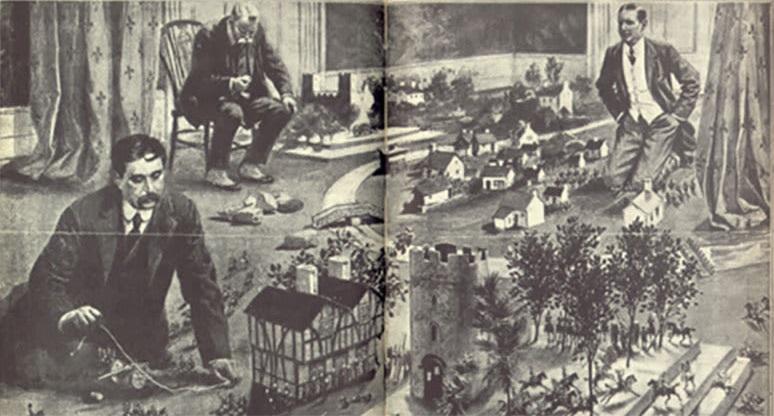 sweet-tuba-riffs: It was not just played by H.G. Wells (as the title suggests) but invented by him too.

mr-death: That game looks fun. Any info on it or similar games?

Bainsyboy: They would really like the Total War games.

delost23: Ah, I see the curtain for his servant to draw closed while they place their troops is accurately represented.

DummGhahrr: This looks very similar to Warhammer and Warhammer 40K. I wonder if Games Workshop had some inspiration from this.

ButchDeLoria: I could see Wells being a Necron player, or maybe an all Adeptus Mechanicus army.

GreyWolf1945: When did miniature gaming switch from gentlemen to neckberds