It’s all about violence and humiliation now. Degradation and pain — physical and mental. 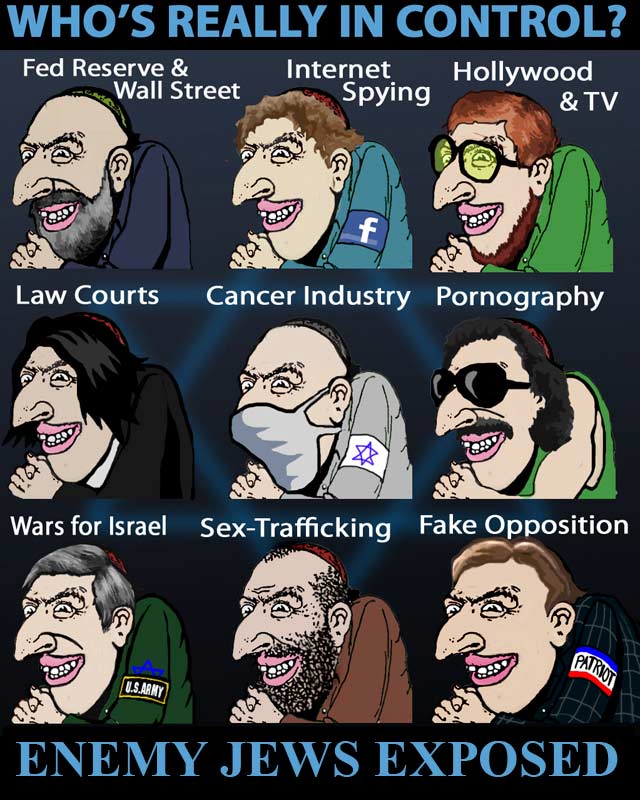 “I have six children at home; they have nowhere to go with what is going on here and can’t even watch TV,” Reema, a Palestinian mother, said.

“It’s not healthy really. I think the Israelis want to mess with our young men’s heads.”

Anita, a mother of three, complained about “the deliberate psychological damage caused by these broadcasts”.

“I am furious. These are the people who are shooting at us that also play this disgusting trick on us,” she said from her house in east Jerusalem, where the channels are also available.

“Luckily, there is no electricity in half of Ramallah.”

A fourth local station, whose premises were not seized by the army, ran a message across its screen letting people know it was the Israelis who were behind the graphic scenes.

The Israeli military denied that it had anything to do with the pornographic programming and instead blamed the Palestinian leaders.

During my undergrad, I remember being told how the sole purpose of television is in delivering audiences to advertisers. This is only really true if you accept their definitions of certain terms, such as audience and advertising.

All of the recent light being cast into darkened areas has been highlighting just how prolific the casting couch really is across many (related) industries, and how sex always seems to be included somewhere in the how far are you willing to go contracts. So how do you normalise this sort of madness in society? By taming and domesticating the concepts narratively.

And of course it is going to have deleterious physiological ramifications. The act of union is the highest achievement we can make as embodied beings – the very creation of life itself through such union should hint at the divine origins. When done properly, sex can be the most powerful sharing of souls. We live within a satanic inversion, remember? What a thing to debase.

The thing is, if you extend instrumental reasoning to its logical conclusion, you find that within our current system of human resources, the highest potential you can achieve is through direct prostitution of yourself, and even our entertainments reflect this. We are encouraged to view others as resources to be exploited. We are encouraged to see it all as a competition: even the most sacred union possible.

But for any of you soft-c*** ten second lovers who now have a secret thing for your younger sister and watching your significant other being gang raped; worry not. Humans are just f***ing sensational at healing, once you maintain the underlying conditions for that healing to be possible. Give that sh*t up and never look back, lest you wang ends up like Lot’s wife.

But here is where it kind of gets intense: it is all porn now. If you haven’t noticed, the tentacles between the various industries are showing their cephalopod unity everywhere. It is no coincidence that every generation of pink dress disney princess follows the same path of corruption, as a model of behaviour for each generation watching and emulating; the broadcast model replaces the need for the hundred monkeys. The sexuality and satanism is also not a new thing either, though it has ramped the f*** up this century; think about all the ’70’s music that is all about cheating. Aside from like Al Green, every damn song is about cheating. Funny how many of us 70’s kids grew up without fathers…

*Or* it’s all the Jews fault, and it’s time for you to take the Iron Pill

the-sharkbot: I just hope the increased incest doesn’t lead to people trying it more in real life. Even if it’s all fake, some of it is just straight up cringey with the chick calling you “big bro” every 5 seconds.

Related: [Something Strange Is Happening In The Adult Film Industry](https://www.youtube.com/watch?v=wrxaWKXYUqE)

Something Strange Is Happening In The Adult Film Industry

Peanuttles: Probably the Luciferian-worshiping globalists. The more depraved it is, the more they feel it’s poking God in the eye, and they actually want to break every one of the Ten Commandments. They feel they’re above morality and we’re cattle to be used. It’s like a feather in their cap. That’s why they copy Catholic rituals, but with an evil, negative twist. I don’t watch and don’t like it. I think it’s actually harmful to the psyche. It’s like women reading too many cheesy romance novels. Then they’re disappointed that the real thing isn’t anything like what they’ve read and they become vaguely dissatisfied with their partners. The only thing is, I don’t think they’d really get much pleasure out of having someone just forcefully take them like in their “romance” books. It’s called rape and it’s traumatic in real life.

cadhoit_ban: Katie from pornhub wrote a good post that made front page and talked specifically about the rise in incest videos on their site. They said up until the last few years production companies made what they thought would sell and went forwards based off the numbers. Now though, they have metrics on everything, they know each kink and where it’s biggest in the world. Using that data they were really surprised to find a lot more incest searches than they ever expected, armed with that data they felt comfortable trying to market some of it, it did really well, and now it’s seeing a big jump in production numbers as everyone tries cashing in on it. I think it will fade into the background a bit once it’s been normalized a bit and isn’t so newly available, but for now it’s an easy taboo for people to migrate towards, everyone knows they aren’t actually related, but it still has that taboo feeling to it because it wasn’t really talked about until recently.

dontsnap: The President of The United States said he’d date, ie, grab her by the p*ssy, his own daughter if she weren’t his own daughter. That’s the classic path to incest, it normalized it for the depraved society.

The violence I can understand, because I think there’s almost always a subtext of dominance and surrender in sex, just in the primal archetypes of man and woman, so amplifying it may affect people in ways they can’t begin to understand. It’s bad, I don’t like it and reject it, but I can understand why.

I’m mystified by the alleged interest in incest, however. I read an article somewhere more than a year ago that the “Incest” stories on Literotica get more traffic than all the other stories combined.

What do you think? What drove you to make this post?

rockytimber: Incest plays on shame. People have always gotten off on shame, but are less religious, so incest might work in religions place.

Apersonofinterest666: The breakdown of the nuclear family, out of wedlock pregnancies, and high divorce rates mean that more children are being raised by step parents. Fantasizing about having sex with your step-daughter is the ultimate taboo.

whynotdsocialist: Just stop watching it. It’s a cancer & not ‘liberating’ as it is so often advertised as.

sweetholymosiah: Many sites adapt to your preferences. You could be seeing what you’ve told them to show you?

falcoretheflyingdog: Game of thrones and Trump

FullMetalSquirrel: It’s intentional. Think of what purpose it may serve and who benefits from it. Populations moving into the west eh masse that practice incest and pedophilia now have one less barrier to deal with, even if it’s occurring subconsciously for people. Part of the process of destroying national borders.

SmellsLikeDick101: Depravity breeds depravity which breeds depravity. The rabbit whole that is evil knows no ends. Incest, paedophilia, BDSM….where to next as humans become more depraved? Normalising Necrophilia would have to be the new upcoming norm

Drooperdoo: If the globalists have a fear of high-IQ populations and are importing cultures with low-IQs due to cousin marriages [like people from Muslim countries, who average an 81-IQ due to 1400 years of inbreeding], wouldn’t it stand to reason that (among the host-population) they’d encourage the same behaviors?

The point is to get the average IQ down to a manageable level, where people don’t question authority.

Encouraging incest is part of a whole complement of techniques to achieve this goal.

Even so, I think it’s still possible. I know that the US has attempted to “weaponize” sexual behavior before, so it would be foolish to not believe that other bad actors would try to weaponize sexuality too. Especially if we remember that the people in charge of such government programs would likely themselves be the type of “prude” I mentioned above. Perhaps they feel they can “damage” American culture by encouraging such “deviant” sex acts when the reality is that no one with a brain cares what consenting adults do in the privacy of their own homes. >Obama and President Bush are 10th cousins, once removed, linked by Samuel Hinkley of Cape Cod, who died in 1662.

>Pitt and Obama are ninth cousins, linked by Edwin Hickman, whodied in Virginia in 1769. Ben LaBolt, a spokesman for the Obamacampaign, declined to comment on the senator’s ancestry.

>Clinton and Jolie are ninth cousins, twice removed, both related to Jean Cusson who died in St. Sulpice, Quebec, in 1718.

>The New England Historic Genealogical Society, founded in 1845,is the oldest and largest non-profit genealogical organization in thecountry.

beatsbybony: This girl did a school project and found them to all be related I beleive.