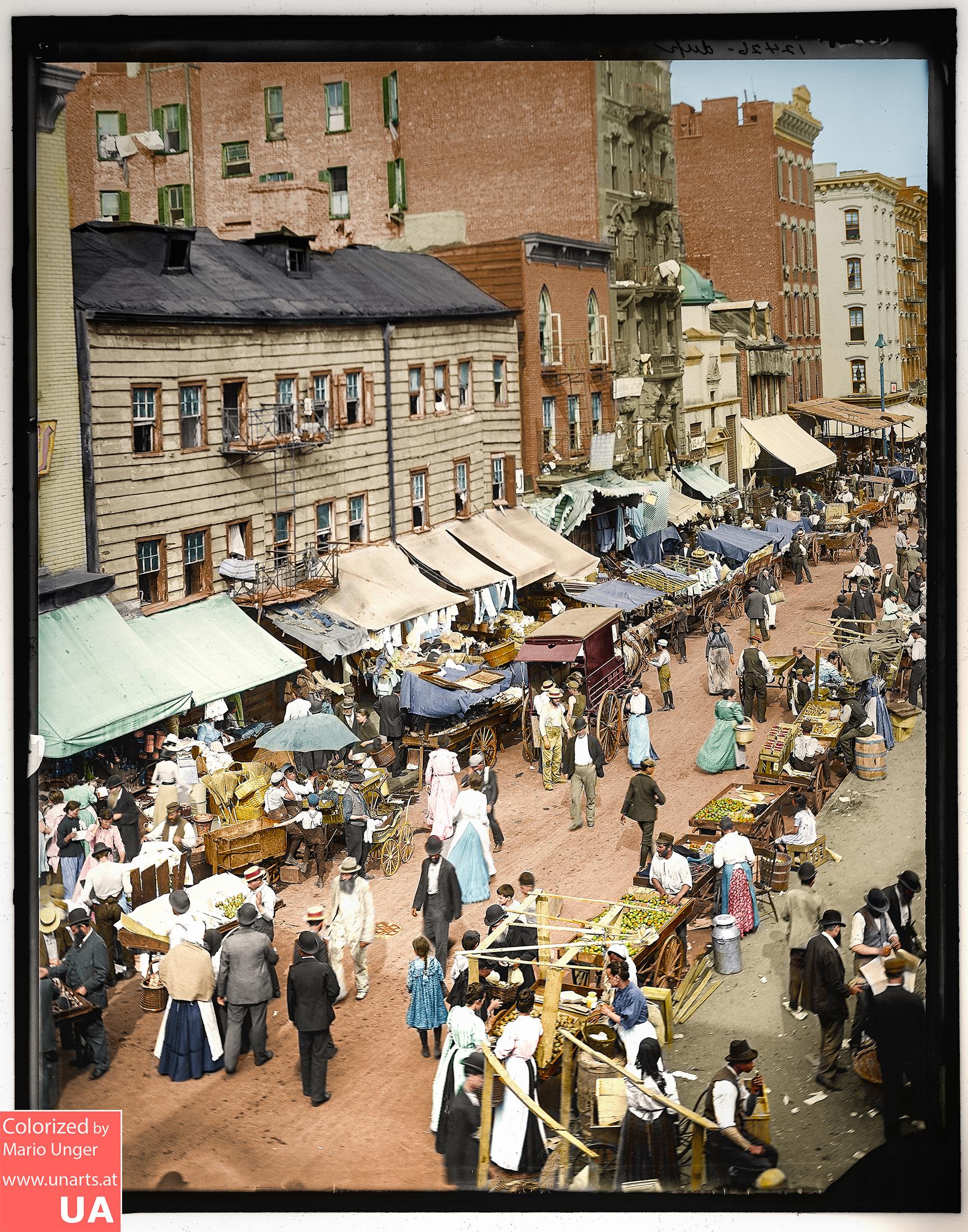 TominNJ: Interesting that people wore dresses and suits when the roads were dirt and they had to deal with horse droppings, dust mud etc. Now roads are paved and there’s no dirt anywhere but people dress in jeans and t shirts.

atrajicheroine: Look how hot it is there as well. Every single window is open.

juice06870: I would love to see a picture of this corner today

Elrichio: There is some serious “fiddler on the roof” vibe going on in there!

Sr_DingDong: You couldn’t pay me to go on that balcony.

AmbivalentFanatic: If any of these people lived in a building that had a single cold-water tap on their floor they would have considered it the height of luxury. Tenements in those days had shared washrooms, but it’s conceivable that some buildings still had no plumbing at all. Whenever I see a picture like this I try to imagine how people would have smelled. Odds are very high that none of the people you see in this image had bathed within the last week. *It wasn’t really until after WWII that daily bathing became a thing in America. Even up through the 1950s, according to oldsters I spoke to when I was a kid, it was normal to have a full bath and shave only once a week.

Glynn36: I didn’t know they had mobile phones then. This is clearly a film set.

automatics1im: All the men in the this photo are wearing hats. Women have their heads bare. « “We are torn between nostalgia for the familiar and an urge for the foreign and strange. As often as not, we are homesick most for the places we have never known.” Carson Mccullers
“McDonald’s being the official restaurant of the Olympics is like smoking being the official medicine of cancer.” Robert Downey Jr. »