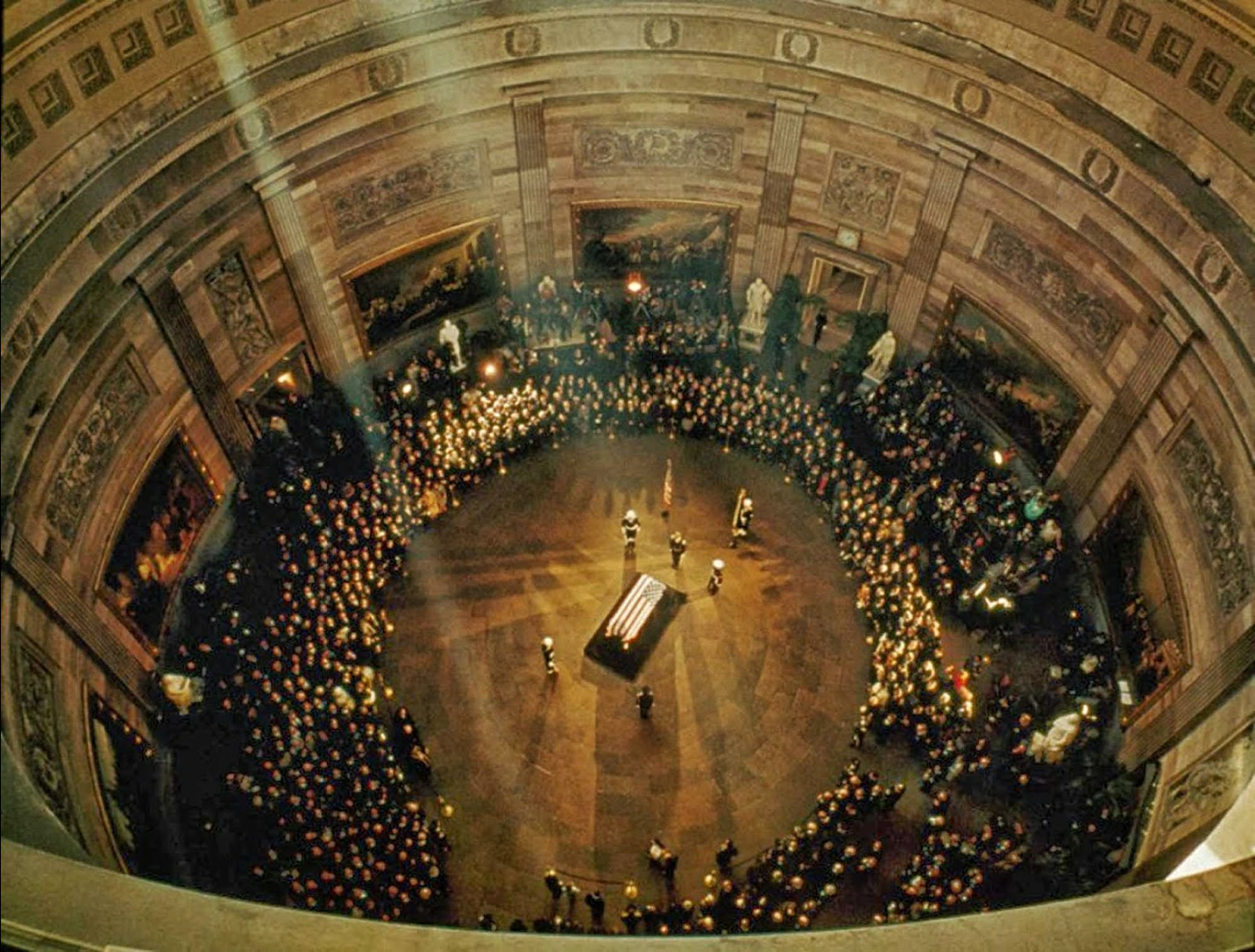 The body of President Kennedy was brought back to Washington soon after his death and was placed in the East Room of the White House for 24 hours.[2][3] On the Sunday after the assassination, his flag-draped coffin was carried on a horse-drawn caisson to the U.S. Capitol to lie in state.[4] Throughout the day and night, hundreds of thousands lined up to view the guarded casket.

Representatives from over 90 countries attended the state funeral on Monday, November 25.[6] After the Requiem Mass at St. Matthew’s Cathedral, the late president was buried at Arlington National Cemetery in Virginia.

thehuston: And here’s the funeral for the puss that shot him.

Rattlingun: Surely his funeral was at Arlington, was this not JFK lying in state at The Capital?

Previous Post: « “It requires twenty years for a man to rise…” Voltaire
Next Post: A craftsman prepares a cylinder for a barrel organ. Germany, 1929 »