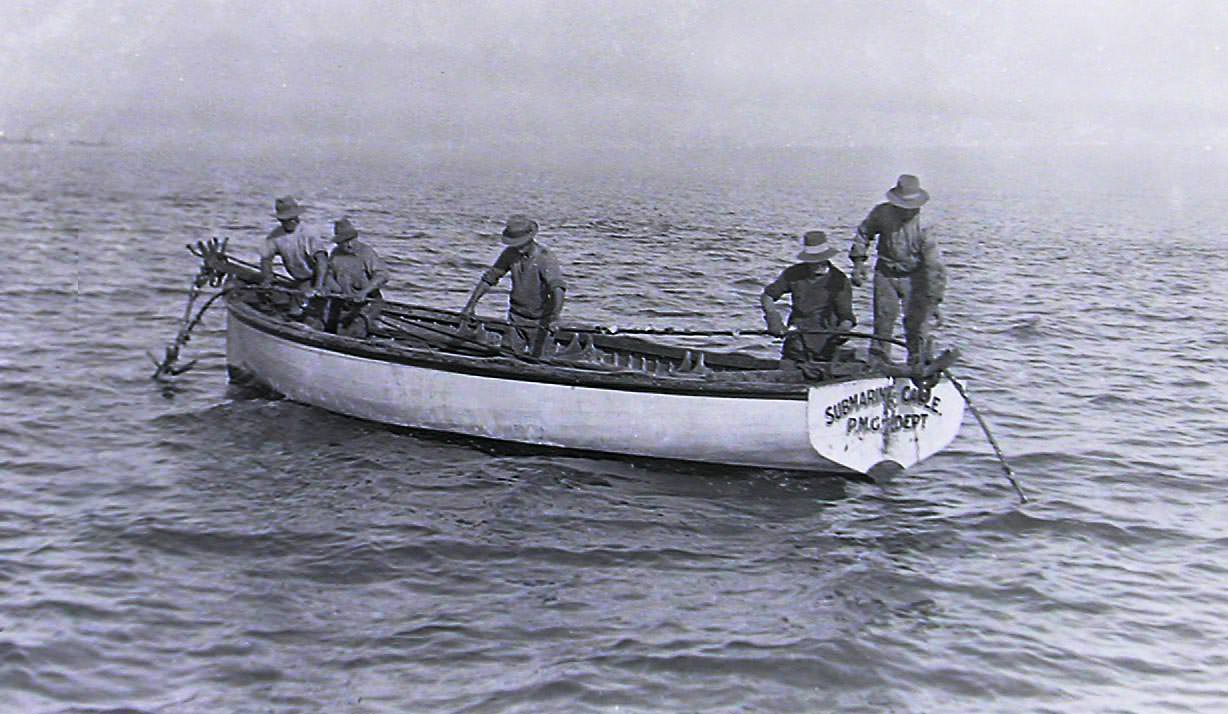 zsaleeba: This photo was taken by my grandfather while working on the submarine phone cable in Moreton Bay Queensland in 1929. The “P.M.G. Dept” on the boat was the “Postmaster General’s Department” which was later split into Australia Post and Telecom Australia (now Telstra).

_ElBee_: It looks like they’re actually inspecting the phone cable for breaks and damage, not laying it. Laying cable was done with larger ships that could transport [coils of cable](http://www.shippingwondersoftheworld.com/wpimages/wp23d4cac8_05_06.jpg). The technique hasn’t really changed that much, as you can see with [this modern cable-laying ship](https://www.vanoord.com/sites/default/files/styles/page_header_wide/public/ff69987.jpg). A small rowing boat wasn’t suited for that purpose, the coils were made of copper and very heavy.

The cable emerges from the water at the front of the boat, having been picked up by the hook that the first man is holding, and submerges at the back of the boat via a guide to prevent damage. It also looks like it’s quite fouled with shells and muck, which means it’s been on the bottom for quite a while.