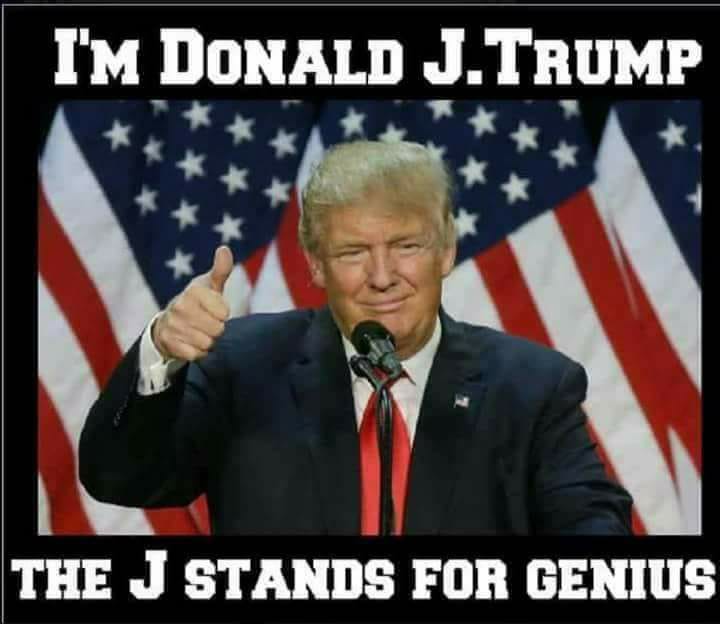 They can’t tell the difference on T_D Worth the paper it’s printed on 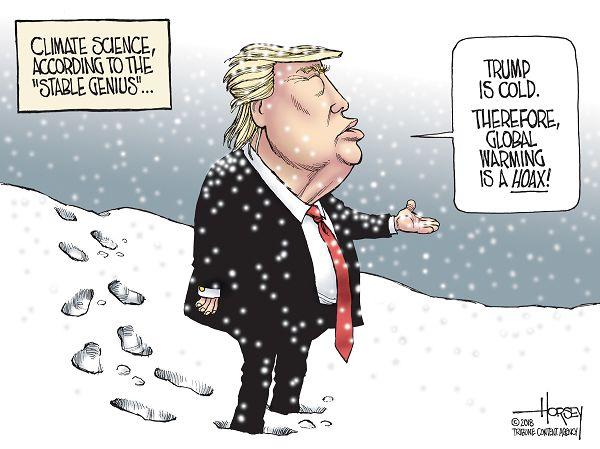 A Democratic lawmaker says that he will introduce legislation that would require presidential candidates to undergo a mental health examination following a tweet from President Trump in which he praised himself as a “stable genius.”

Rep. Brendan Boyle’s office said in a press release that the Pennsylvania Democrat would introduce the “Stable Genius Act” in the House on Tuesday.

The act would require all presidential candidates to file a Federal Election Commission (FEC) report “certifying that he or she has undergone medical examination by the medical office under the jurisdiction of the Secretary of the Navy.” (thehill.com)

Trump on “Fire and Fury”: Bannon is fired and I am furious.

On former state lawmaker committing suicide: “Congrats to him on finally figuring out a way to make the world a better place”

“Republican Party/GOP has committed treason. Let’s Game of Thrones them”

“We are literally on the precipice of living in a full ethno-fascist state with “biblical” law.”

“How do we bridge the gap between us and such an intolerant group of people [Republicans]? I don’t understand but it seems the only way is to marginalize this group of people out of significant existence.”

“Maybe we should just stop messing about and categorise being a conservative as a disability.”

“Just a reminder that there are people in this country who unironically believe that a tape exists of Trump pissing on hookers in a Russian hotel.”

“You can’t say you’re proud to be an American when you don’t want to contribute any taxes to your own country.“

“Real talk: the country should just divide at this point. Give them [conservatives] a couple of states, move them all there and let them have their crazy laws and racism.”

“Regardless of those too lazy to vote, a majority of voters voted Clinton but your moronic f–king electoral college system threw it in the bin.“

“‘Libertarianism’ is the Koch plan to overthrow the United States and establish a monarchy of wealth in its place.”

“The GOP needs to be permanently eradicated. They are a force of evil who’s only intent is to enrich themselves and their donors and to cause as much destruction as possible in the mean-time.” 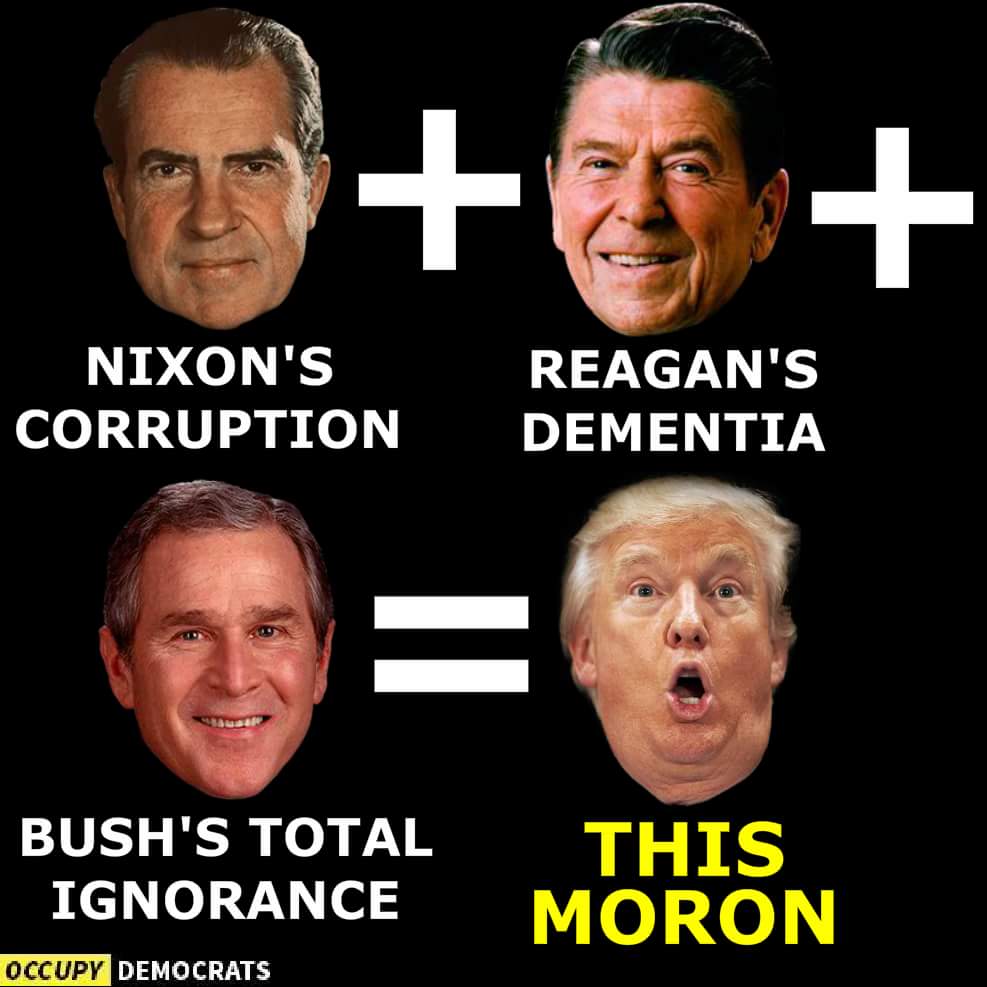 The Trump administration has waived part of the punishment for five megabanks whose affiliates were convicted and fined for manipulating global interest rates. One of the Trump administration waivers was granted to Deutsche Bank — which is owed at least $130 million by President Donald Trump and his business empire, and has also been fined for its role in a Russian money laundering scheme.

The waivers were issued in a little-noticed announcement published in the Federal Register during the Christmas holiday week. They come less than two years after then-candidate Trump promised “I’m not going to let Wall Street get away with murder.” (ibtimes.com)

Conservatives in the room shouted “no” and tried to explain to Trump what he had just agreed to.

Sen. Dianne Feinstein, a California Democrat, asked the president if he would support a “clean DACA bill” before discussing other immigration issues, like security, Republican colleagues had to interrupt Trump and explain what a clean bill and Feinstein’s impromptu proposal would entail.

“I don’t know how you would feel about this but I would like to ask the question,” Feinstein said. “What about a clean DACA bill now with the commitment that we go into a comprehensive immigration reform procedure?”

“I have no problem,” Trump replied. “I think that’s basically what [Democratic Sen.] Dick [Durbin] is saying. We’re going to come out with DACA. We’re gonna do DACA and we can start immediately on phase two, which would be comprehensive.”

“Would you be agreeable to that?” Feinstein asked.

“Yeah, I would like to,” Trump said. “I think a lot of people would like to see that. But I think we have to do DACA first.”

As a chorus of Republicans began to interrupt, House Majority Leader Rep. Kevin McCarthy tried to draw Trump’s attention to just what he had just agreed to.

“Mr. President, you need to be clear, though,” McCarthy said. “I think what Sen. Feinstein is asking here, when we talk about just DACA, we don’t want to be back here two years later. You have to have [border] security [in the bill], as the secretary would tell you. (buzzfeed.com)

Psssst, they’re talking about your dad 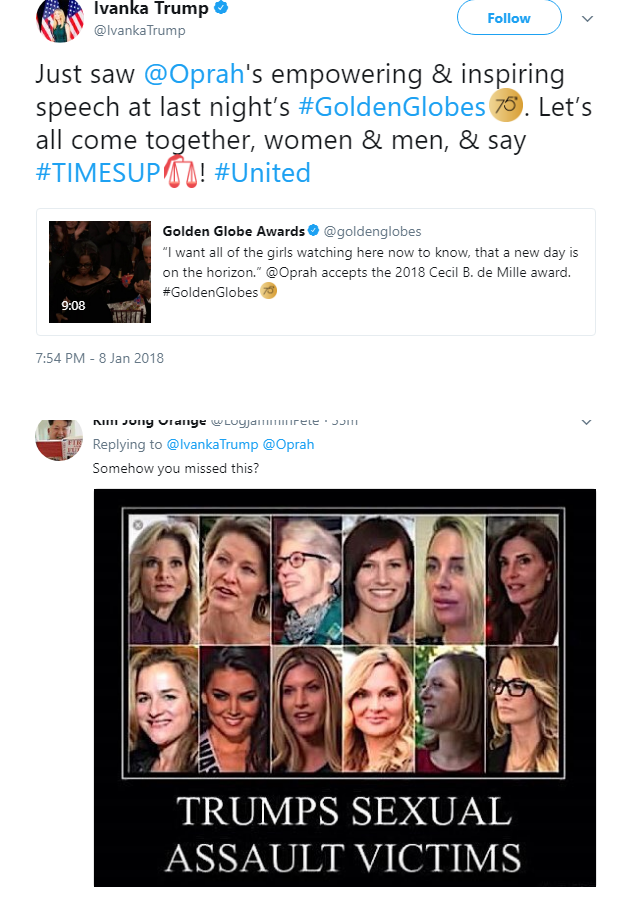 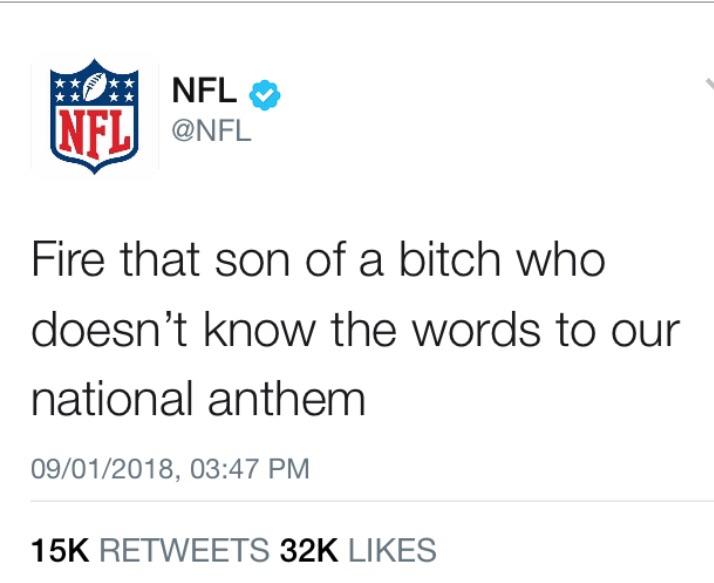 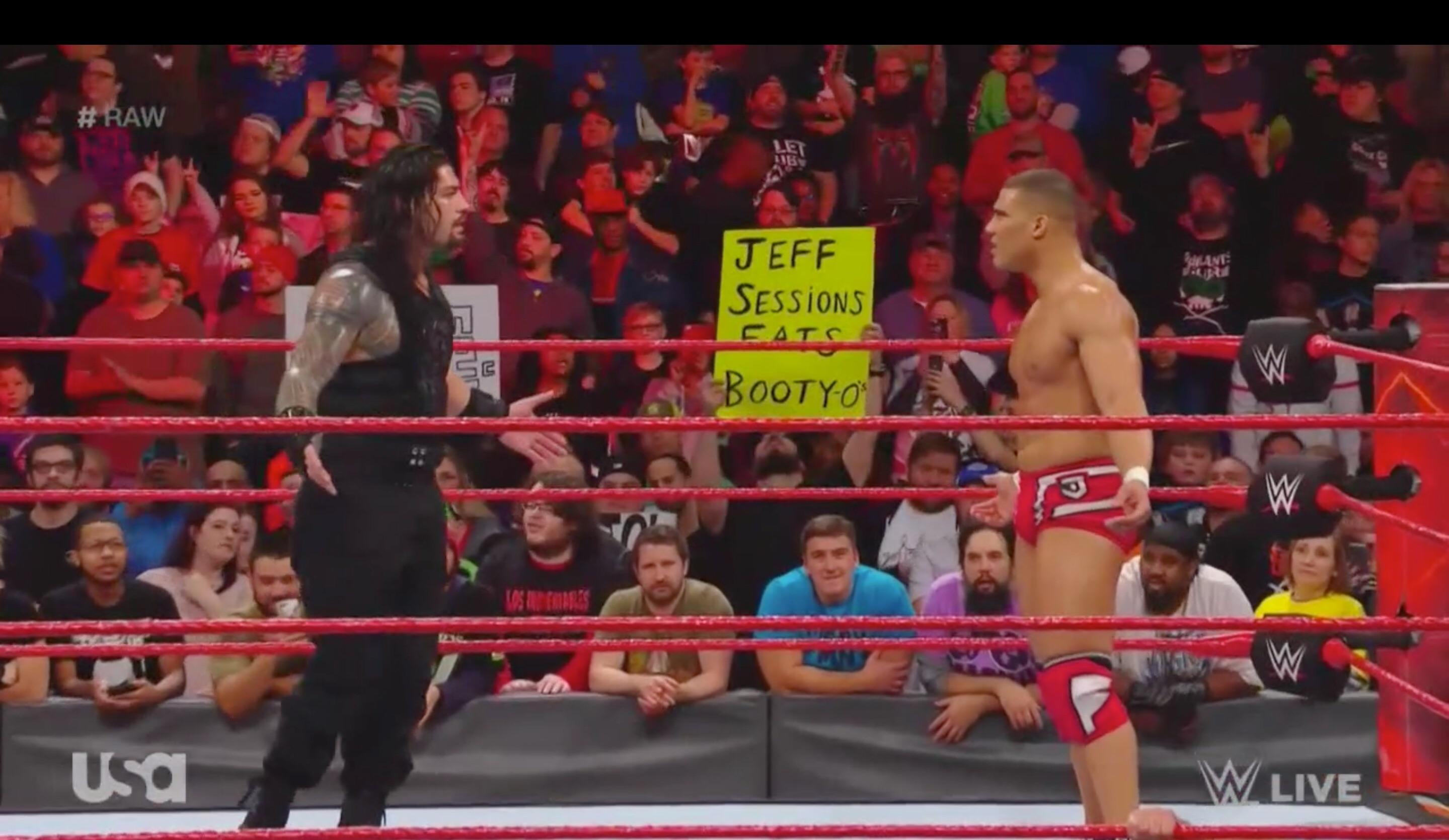 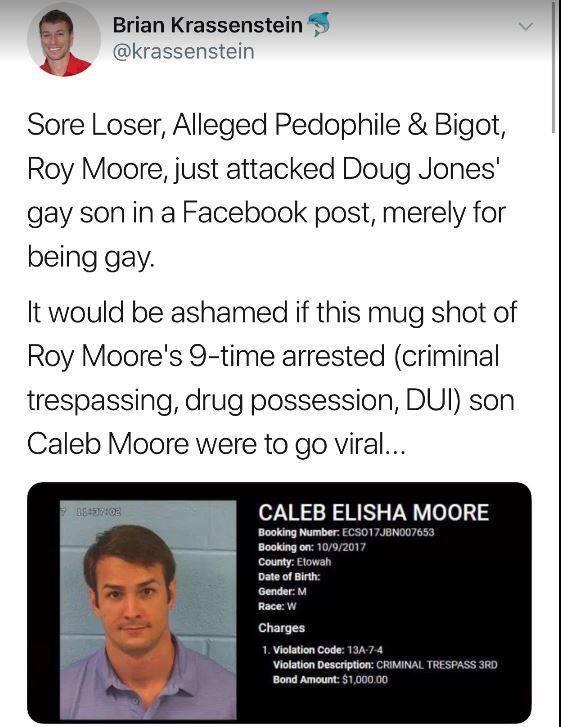 “On my first try” 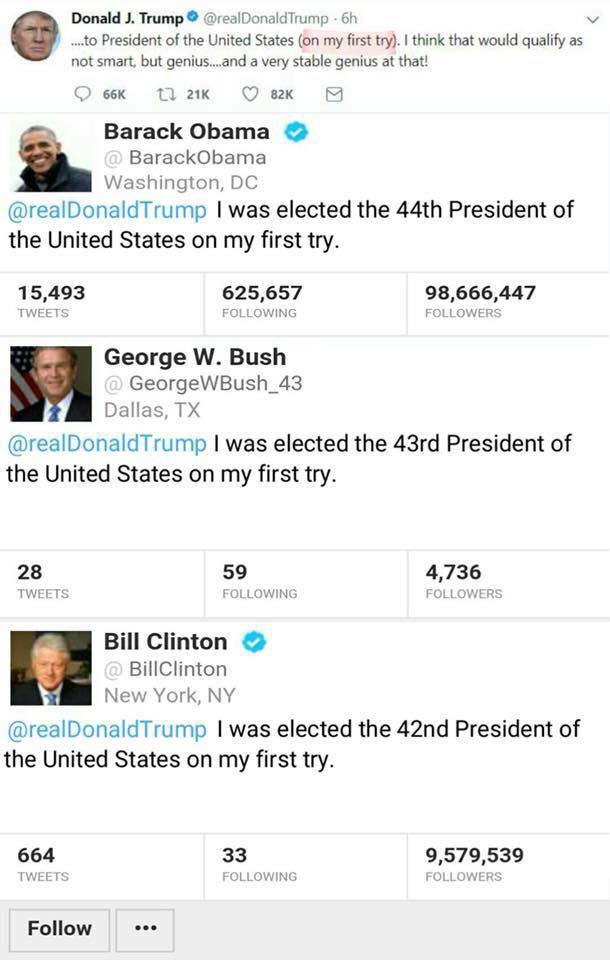 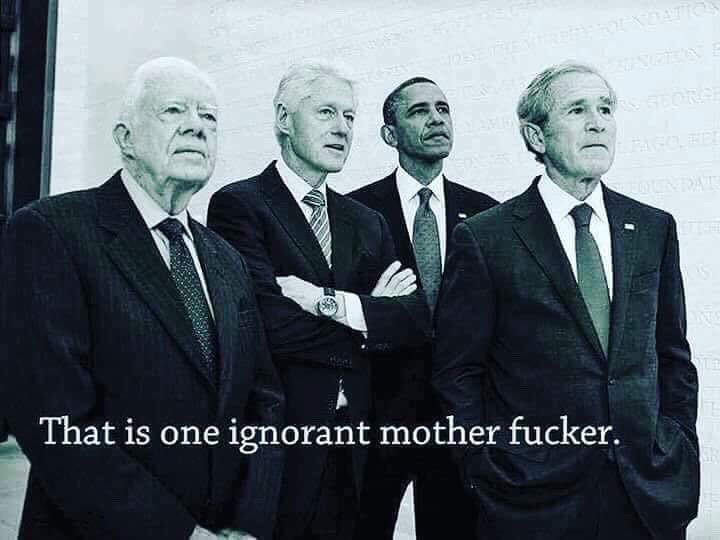 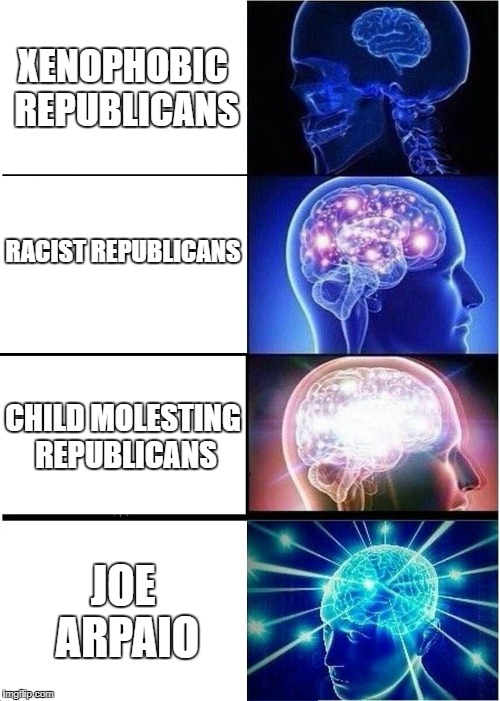