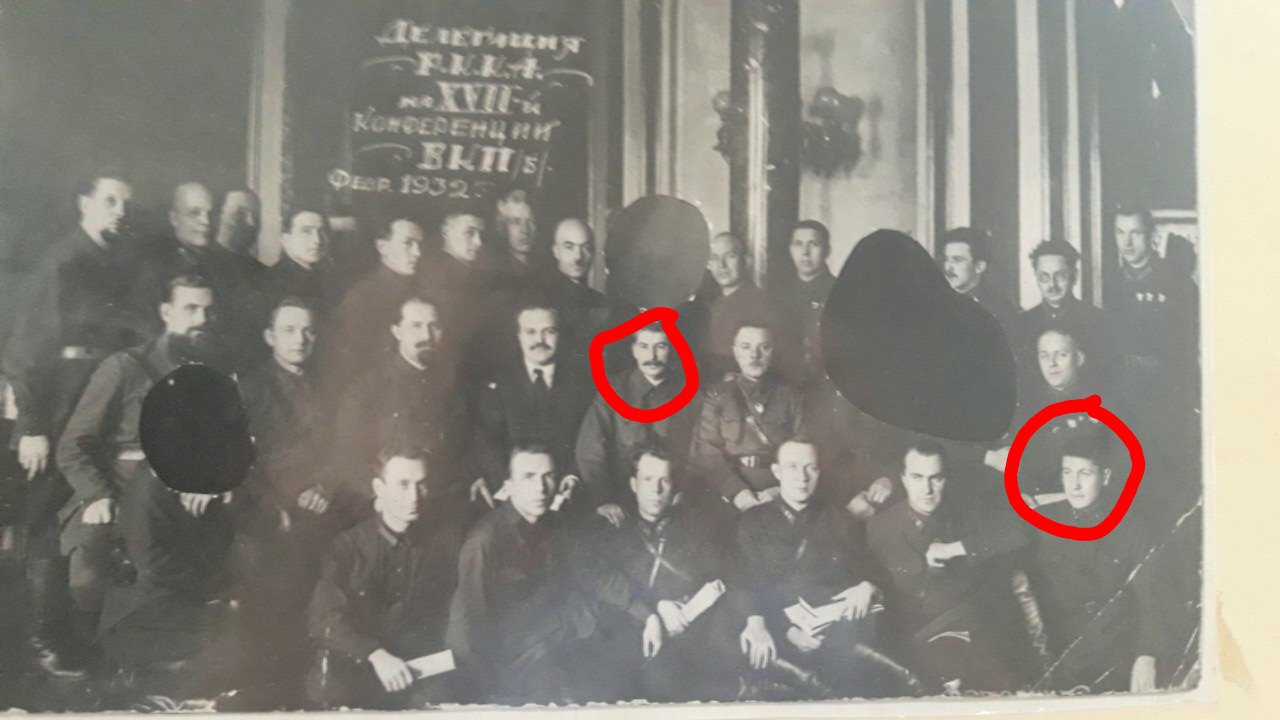 shibe247: Basically anyone who Stalin saw as unworthy of the motherland or dishonourable (similar to old Japan) had their faces cut out of any photo and would also “disappear” permanently and their families would never see them again…
sonofamon: Good thing your great grandpas face wasn’t cut out.

DarthWicket: If this picture was taken in 1932 this would have been during the forced famine in Ukraine. Your great grand father may have been a high ranking soviet communist. The people who’s faces are missing could have been purged after that photo was taken.

The Stalin cult of personality is very interesting. I would recommending reading about it. Wild stuff.

DonQuixote_42: What group was your great grandpa in that they took a photo with Stalin?

StellaLikeTheBeer: What did your grandfather do in Russia?

supersi: Read Robert Conquest’s ‘The Great Terror’. This book details the sheer scale of Stalin’s murderous regime and the millions caught up in it.

Pie-Pan: Yes, and Stalin killed more people in WWII and made Hitler look like a choir boy. But it was ok cause he was our Allie at the time.

Bboy1045: I may be wrong, (probably am) but in the far right corner the guy there looks strikingly similar to Trotsky…

Everlast7: Soviet Union was so poor – it could not afford photoshop…

rmt1960: Wow. Trotsky, 2nd from the right on the top row. He tried to keep it real, but when Stalin got the power, he eliminated anyone that “just might” be a pain in his ass. Stalin had him eliminated in Mexico. Hello Putin! Previous Post: « “I find the great thing in this world is not so much where we stand…” Oliver Wendell Holmes, Sr.
Next Post: “Never discourage anyone who continually makes progress, no matter how slow.” – Plato »