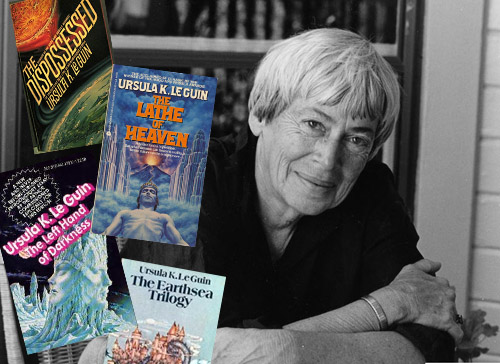 Ursula Kroeber Le Guin was an American novelist. Working mainly in the genres of fantasy and science fiction, she also authored children’s books, short stories, poetry, and essays. Wikipedia
Born: October 21, 1929, Berkeley, California, United States
Died: January 22, 2018
Short stories: The Ones Who Walk Away from Omelas, MORE
Influenced by: J. R. R. Tolkien, Philip K. Dick, MORE
Quotes
It is good to have an end to journey toward, but it is the journey that matters in the end.
Love doesn’t just sit there, like a stone; it has to be made, like bread, remade all the time, made new.
When you light a candle, you also cast a shadow.

Previous Post: « “The war photo no one would publish”
Next Post: Union Army soldier on his release from the Confederate Andersonville prison. 1865 »