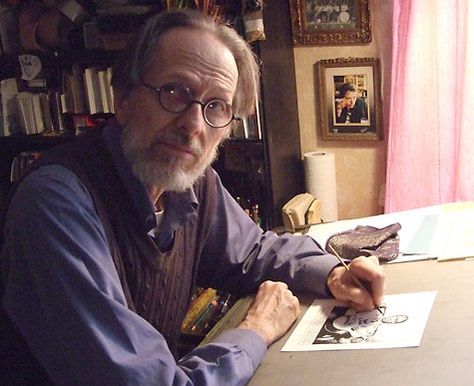 Robert Crumb (born 30 August 1943) is a cartoonist, artist and illustrator.

Previous Post: « Danish Resistance Fighters Hold Up and Disarm Two German Soldiers, Copenhagen 1945
Next Post: “You may be hurt if you love too much, but you will live in misery if you love too little.” Napoleon Hill »