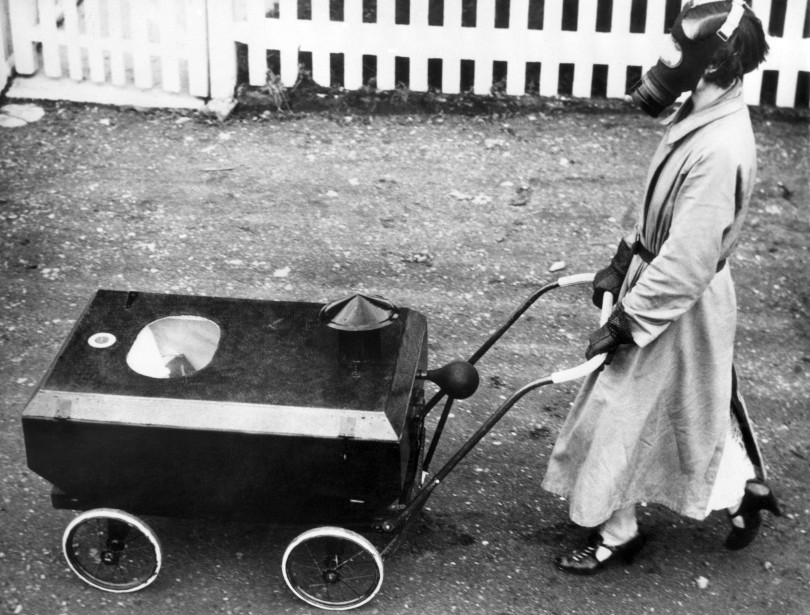 It wasn’t really a ‘scare’. Less than a year later they were at war. Not only that, one of the great mysteries of that war is why Hitler didn’t use gas, which he had in abundance and was able to deliver in bomb and rocket form.

My god, that would be terrifying to have to put your kid into.