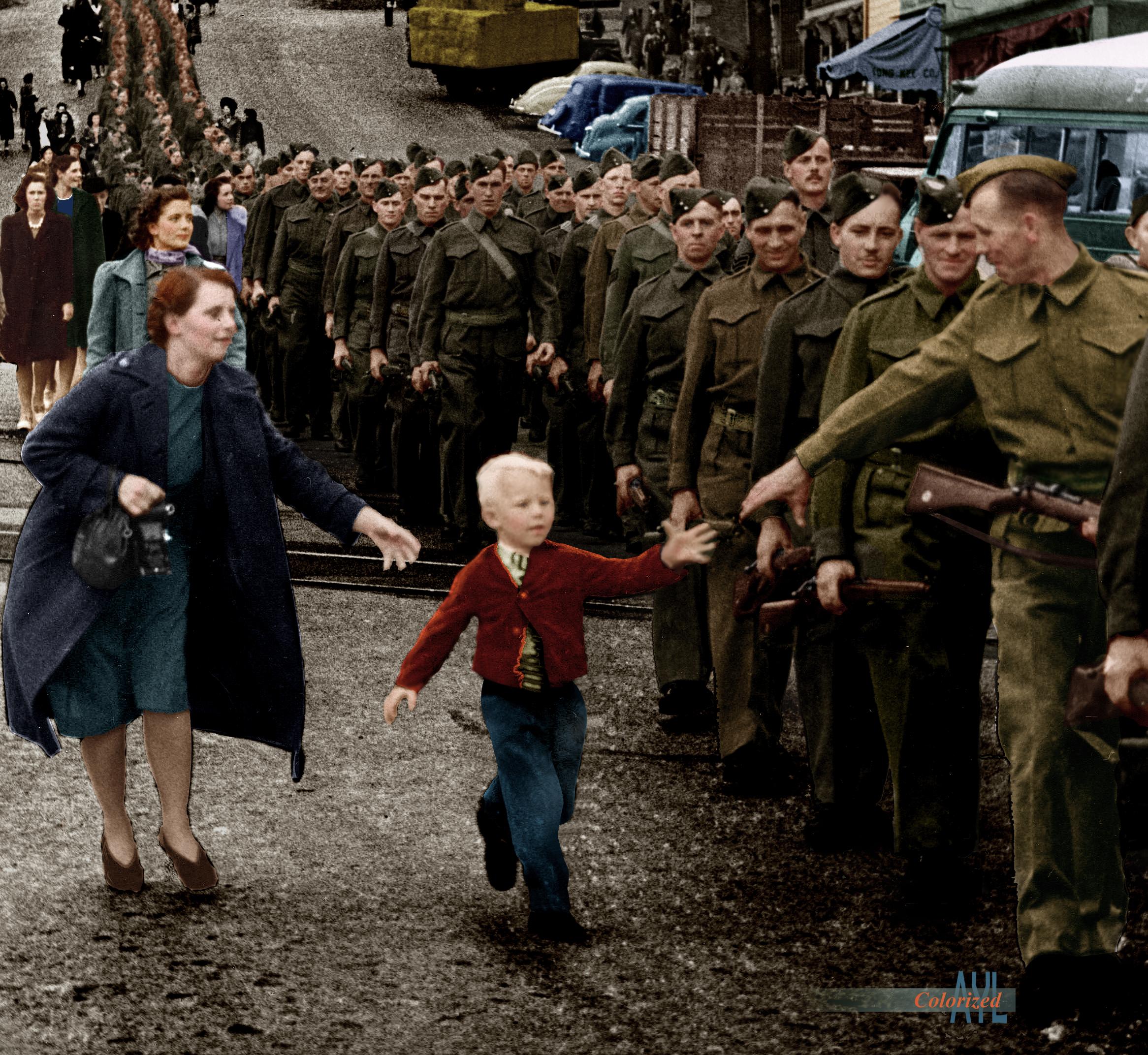 from a photo taken by Claude P. Dettloff on October 1, 1940, of The British Columbia Regiment (Duke of Connaught’s Own Rifles) marching down 8th Street at the Columbia Street intersection, New Westminster, Canada. While Dettloff was taking the photo, Warren “Whitey” Bernard ran away from his mother to his father, Private Jack Bernard. The picture received extensive exposure and was used in war-bond drives.

« Nurse pushing a gas-proof baby carriage in London on Dec. 22, 1938. It was invented by E.W. Mills during the war scare
He gets his comeuppance »