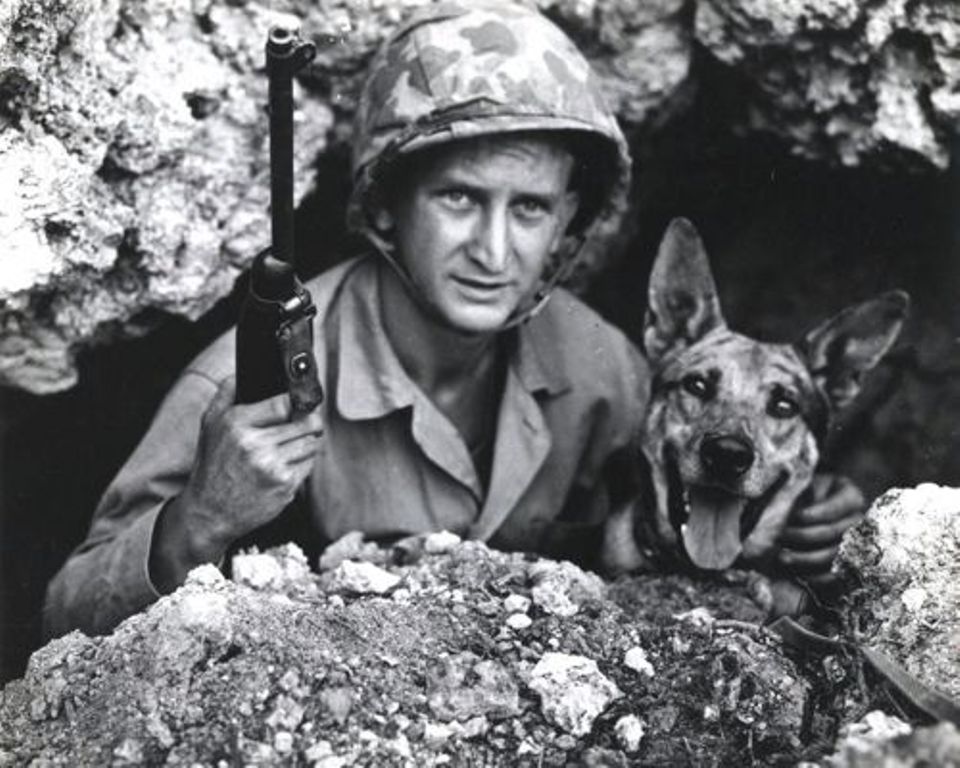 brian_sahn: I hope he got some extra belly rubs for sniffing out that machine gun nest.

dave_890: Wonder why the private is carrying the M1 Carbine instead of a standard M1? Easier to navigate the caves and such?

SoLongSidekick: The Marine dogs were crucial to saving lives on those hellish islands during WWII. Dogs saved countless lives by alerting men to infiltrators during the night, sniffing out booby traps, and just generally helping to root out hidden Japs.

BoinkBoinkEtAliae: It’s kind of disconcerting to see a happy doggo face in a war context, but at least in WWII this dog had a chance of living a happy life afterwards, unlike in the Vietnam War where [most war dogs never made it home and were euthanized or left behind instead.](https://en.wikipedia.org/wiki/Dogs_in_warfare#Retirement) « In Eyes Wide Shut, Kubrick has hinted about secret sex slave societies and neo-paganism culture that breeds among the elite. Kubrick’s Eyes Wide Shut maybe of more relevance today because of astonishing rape-allegations that came out in 2017 from concerning Hollywood top brass.
Julian Assange releases a key or a hash on Twitter »