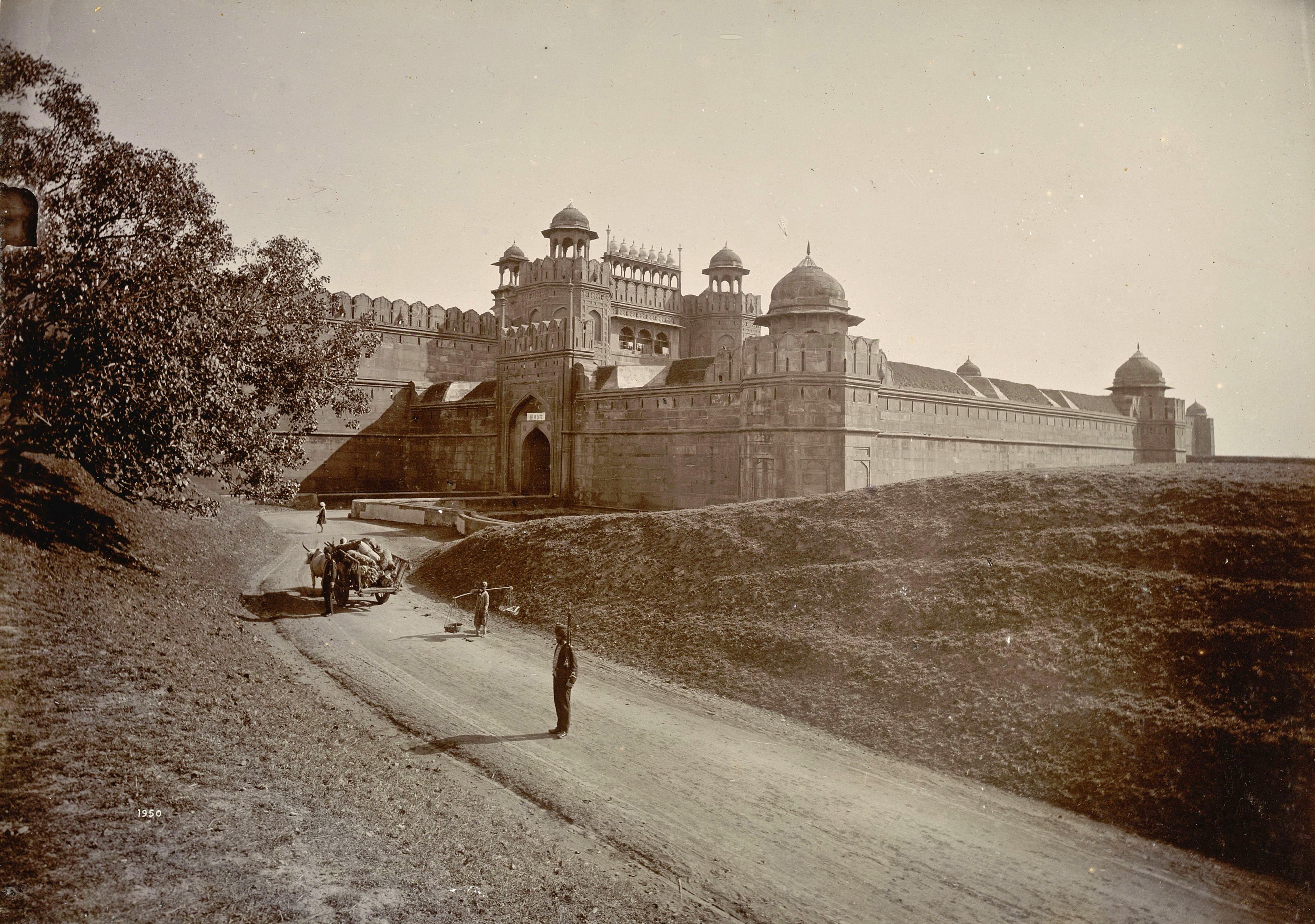 Photograph of the Delhi Gate at the Red Fort in Delhi.The Delhi gate is one of two main entrances to the Lal Qila or Red Fort, the palace citadel built in the 1640s by the Mughal emperor Shah Jahan (r.1627-1658) as the headquarters of his new capital of Shahjahanabad.

The palace apartments are contained within a fortification wall built of red sandstone, surrounded on three sides by a moat and on the fourth by the river Yamuna. This is a general view of the gate from outside the fort, showing the bastions, battlements, chhatris and turrets which crown the walls.

« A Soviet POW surrounded by Finns prompting his commander inside a bunker to surrender, 03.11.1941
A time exposure of violinist Jascha Heifitz playing with a light attached to the end of his bow, photographed by Gjon Mili in New York, 1952 »