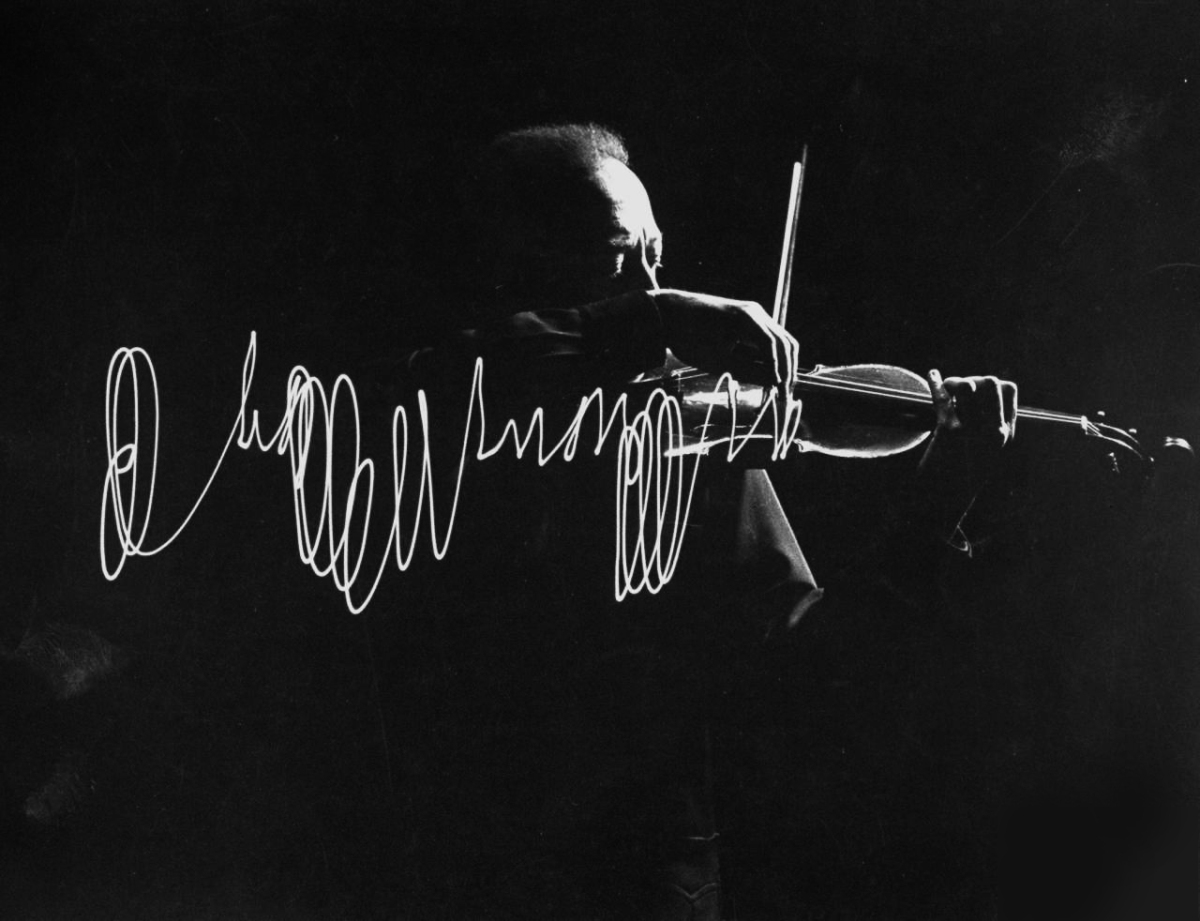 This incredible photograph illustrates the movements of a violinist’s bow

This photograph represents the meeting of two great 20th-century artists. Famed violinist Jascha Heifetz was known for his incredible technical precision, which made him the perfect subject for a series of light paintings by the photographer Gjon Mili. Mili is probably best known for his 1949 series of photographs in which he encouraged Pablo Picasso to draw with light, creating images that could be captured by the camera, but not by the human eye. For his series with Heifetz, Mili attached a light to the violinist’s bow and had him play in Mili’s darkened studio, letting the camera record the bow’s movement through a variety of pieces and styles. In this one, you can practically see music spilling over Heifetz.

Mili created a whole series of these Heifetz images for LIFE Magazine. You can see more of them at Arpeggia, and see more of Mili’s other illustrations at LIFE’s online archives.

Wow. It almost looks like a signature, doesn’t it?