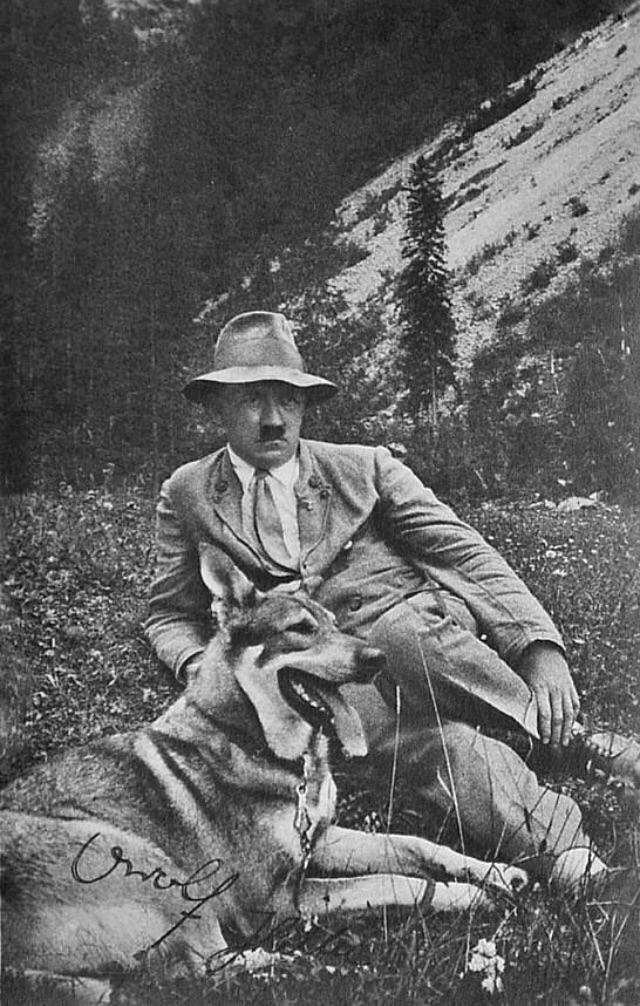 Hitler was reportedly very fond of Blondi, keeping her by his side and allowing her to sleep in his bed in the bunker. According to Hitler’s secretary Traudl Junge, this affection was not shared by Eva Braun, Hitler’s companion (and later his wife), who preferred her two Scottish Terrier dogs named Negus and Stasi.

Blondi played a role in Nazi propaganda by portraying Hitler as an animal lover. Dogs like Blondi were coveted as “germanische Urhunde”, being close to the wolf, and became very fashionable during the Nazi era.[5] On 29 April 1945, Hitler expressed doubts about the cyanide capsules he had received through Heinrich Himmler’s SS.[6] To verify the capsules’ potency, Hitler ordered Dr. Werner Haase to test one on Blondi, who died as a result. According to Albert Speer, Hitler killed Blondi because he feared that the Russians would capture and torture her after overrunning the bunker… Wikipedia

Previous Post: « “You may be hurt if you love too much, but you will live in misery if you love too little.” Napoleon Hill
Next Post: Hitler declares war on the United States – 11th December 1941 »