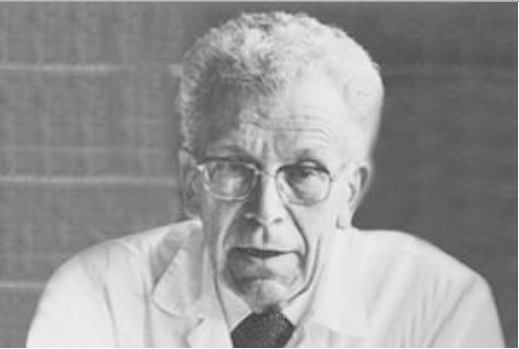 ‘NeuroTribes’ Examines The History — And Myths — Of The Autism Spectrum

In 1938, an Austrian pediatrician named Hans Asperger gave the first public talk on autism in history. Asperger was speaking to an audience of Nazis, and he feared that his patients — children who fell onto what we now call the autism spectrum — were in danger of being sent to Nazi extermination camps.

As Asperger spoke, he highlighted his “most promising” patients, a notion that would stick with the autistic spectrum for decades to come.

“That is where the idea of so-called high-functioning versus low-functioning autistic people comes from really — it comes from Asperger’s attempt to save the lives of the children in his clinic,” science writer Steve Silberman tells Fresh Air’s Terry Gross.

Silberman chronicles the history of autism and examines some of the myths surrounding our current understanding of the condition in his new book, NeuroTribes. Along the way, he revisits Asperger’s calculated efforts to save his patients.

Silberman shies away from using the terms high-functioning and low-functioning, because “both of those terms can be off base,” he says. But he praises Asperger’s courage in speaking to the Nazis. “I would literally weep while I was writing that chapter,” he says.

NeuroTribes also explores how a 1987 expansion of the medical definition of autism (which was previously much narrower and led to less frequent diagnoses) contributed to the perception that there was an autism epidemic.

Looking ahead, Silberman says that while much of today’s autism research focuses on finding a cause for the condition, society might be better served if some of the research funds were directed instead toward helping people live with autism. “I think that society really needs to do a bit of soul-searching about how we’re dealing with autism,” he says. “We need to get over our obsession with causes, because we’ve been researching the cause of schizophrenia for decades and we still don’t know what causes schizophrenia exactly.”

Daniel3_5_7: I can’t imagine the how much he must have struggled with these decisions. There didn’t seem to be much in this article about the specifics, but here’s what it looks like his thought process was:

1) People are coming to kill all of these children.

2) If I can show that some of the children can function in society, they may be spared.

3) I can’t say that all of the children can function in society, since this is obviously not true and they will all be killed.

Fuck. Imagine examining some kid right on the line, right between the two groups. You’d have to consider that if the ‘death’ group isn’t large enough it will look like you’re lying to save the kids, so maybe this one should be added to the ‘death’ group for a little extra padding.

enjineer30302: So if Asperger’s is named after Hans Asperger, then where did the name “autism” come from? Just curious, since I see that Hans Asperger discovered the autistic spectrum and the difference between high- and low-functioning autism.

texanchris: My wife has a background in special education has taught kids with learning differences for the last 15 years. After reading this article, I bought her this book for Christmas. Here’s to a good read!

Asmallfly: Interestingly [Hitler signed the order causing T4 to go into effect.]) After substantial protests from citizens, particularly catholics, he canceled the program. When the Final Solution was formalized in 1942 at the Wannsee Conference, Hitler signed nothing. It was understood that it was his will, but kept at arms length. The Final Solution was to be done under strict state secrecy. Makes you wonder if anything could have been done to stop it.

brevity-soul-wit: I’m pretty sure killing disabled children was part of the Holocaust, not preparation.

anony-mousie: Functioning labels have become really controversial recently because people believe they are not descriptive and can be discriminatory, invalidating HF people’s disabilities and ignoring LF people’s abilities.

Other people say something like, “Functioning changes day to day. I’ve got LF days where I can’t speak, and I’ve got HF days.” I’d counter, though, that there is a difference between someone whose “functioning” is like a sliding scale vs. someone whose functioning is constant. My brother has “low functioning” autism, and there are never days when he remotely fits the description of “high functioning.”

Beyond that, though, why don’t we just make the level system more well-known?

This system (I think) is much more descriptive than the binary, and it also doesn’t use terms like “functioning” that–as someone told me before–is better suited for kitchen appliances than for people.

(My two cents as someone who doesn’t have autism)

dysts: That’s why it was called Asperger’s disorder! Until the new edition of the DSM-5
It’s now apart of a larger spectrum called “autism spectrum disorder”

AwwwSnack: If anyone would like to find out more check out the book Neurotribes. It goes through the history of Asperger’s/Autism (now combined under the most recent DSM) and there’s a large section on it.

Pretty disturbing how one guy in the US capitalized on void left after the Nazi invasion and how recent Asperger’ full research was rediscovered.

It’s easy to shit on others, but a lot harder to realize how shitty civilians, even and particularly in the US were to people on the spectrum. Still are in a lot of ways.

by_myself: Autistic people can be amazing workers. I’ve worked with people on the spectrum who have blown me away with their dedication, focus, and attention to detail.

Then I wouldn’t get jokes when I’m holding up cheese like “you’re an Asperger with cheese” ;(

jrhiggin: Anything in there about when people started thinking it was cool to say their kids are on the spectrum without ever having gone to a medical professional for the diagnosis?

An_Anaithnid: TIL Everyone started googling mental disorders after the baby holding post.

mrtyson56: Just found out last week that my 4 year old daughter falls within the autism spectrum. She’s been going through different tests for a couple years now. Shortly after she was born, she had a brain hemorrhage. Pretty sure that had something to do with it. I would say she’s on the higher functioning end of it. Has trouble speaking, going to the bathroom by herself, other than that she seems fine. She also has an excellent memory.

As someone with autism this here is a fact. I can’t hold down a job, struggle on a day to day basis, deal with a huge number of hurdles in day to day life and yet it does feel like money is being wasted on autism research rather than just helping us live, do you know how many support groups exist for adults with autism? Practically none because as far as society and psychological clinicians are concerned autism stops existing once you’re an adult.

ZiggyTheHamster: Fun fact: Autism Speaks employs zero autistic people and the CEO once advocated for euthanasia. They are currently researching a way to use eugenics to detect and abort autistic fetuses. They consider autism to be a scourge which must be eliminated despite autistics being a part of society since time immemorial (Mozart is probably the most famous autistic).

This story is truly amazing, and how we lost so much research from the Nazis destroying things as well.

jabo052: High functioning can still be a world of problems. Our son is an Aspie(high functioning) but the combination of being very intelligent and super OCD can be really tough for us as parents. He’s in advanced classes but often gets behind and gives us trouble with his homework because he takes loose rules as the law. Left to his own devices, he has no problems being imaginative but give him rules and he gets hung up on the definition. So much so that he gets little done and we spend more time trying to help him. Then there are the social issues.

Our son could definitely be a lot worse off but you’d be surprised how OCD and stressful a 12 year old can be. The difficult part is having to remind ourselves that he doesn’t rationalize the same way. That and, one day, he can see a homeless person and be super empathetic to their issues and then turn around and be hurtful to his sister, or one of his parents, and seem like the coldest person in the world. Then there is the battle with the ADD/ADHD drugs. UGH! My wife/his mother is becoming more and more open to trying marijuna/CBD options. I’ve BEEN open to it.

Our son is well above his grade in math, reading and science but struggles thinking outside the box and in social situations. I’d be lying if I said that doesn’t cause us grief, that it hasn’t caused my wife some health issues. All this potential in his brain but few ways to use it or channel it.

RangerZA: Because of humanitarian restrictions in the field of medical sciences, we unfortunately owe a surprising amount of modern physiological knowledge to Nazi Germany. It’s an interesting moral dilemma that’s overlooked in almost every text book.

Many life saving surgical procedures and a lot of our understanding about the effects of poisoning, malnutrition and so on come from the darkest hour of modern history. We know a lot about the human body that we wouldn’t know if not for the disregard of human life during that period…

Previous Post: « “Acknowledging the good that you already have in your life is the foundation for all abundance.” Eckhart Tolle
Next Post: Man Exacts Revenge on Package Thieves with Trap that Fires Shotgun Blanks »