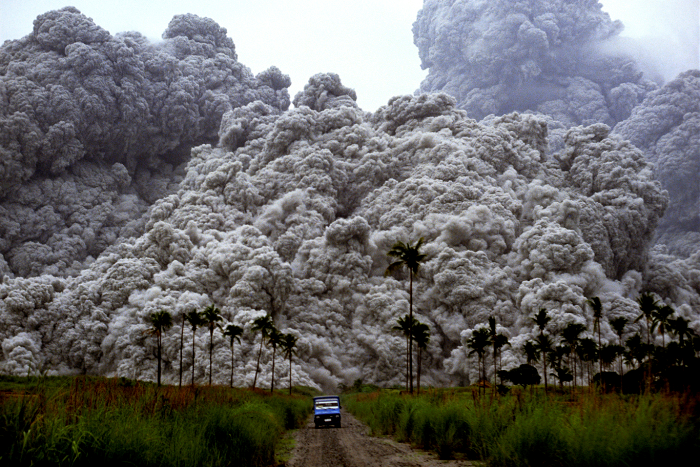 manginahunter1970: I wonder if they made it?

The photographer is a man named Alberto Garcia, he and 11 other journalists were fleeing in 3 separate vehicles, everybody in the cars survived but the eruption did bury 800 people.

Edit: This shot is uncropped on a 24mm lens (35mm film), for those of you wondering, that means they are super fucking close to this lahar. There’s no telephoto compression here and they are crazy lucky to be alive.

TocTheElder: My dad collected ash from the deck of his ship after this eruption.

cookiemaniac18: I was in Manila, and the ashes reached the city. Was 5 at the time, but I somehow remembered.