The-Straight-Story: > In addition, the agency told me there was nothing it could do after someone hijacked my identity to claim I falsely supported killing net neutrality protections.
>
> The FCC is blocking a law enforcement investigation into fraudulent comments designed to provide bogus support for the agency’s looming net neutrality repeal. New York Attorney General Eric Schneiderman recently announced his office has been conducting an investigation into who submitted millions of fraudulent comments (some using the identities of dead people) during the public comment period.

iamcorncob: The Trump shills hiding criticism for the government yet again.

cloudyoutside: The fuck is wrong with that guys mug?? 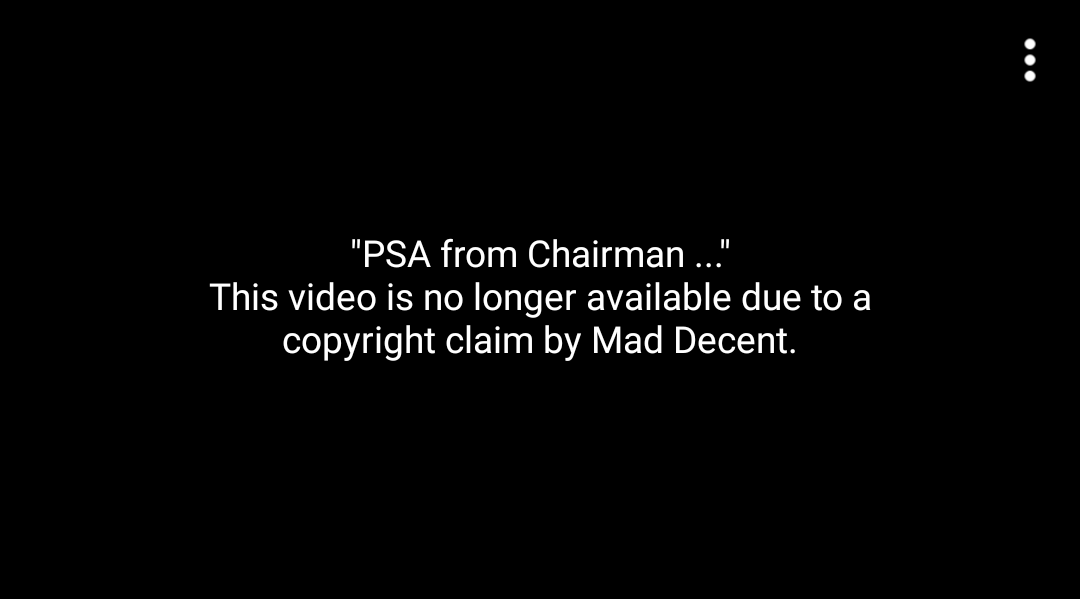 Eboo143: How is this justice? They’re just hiding evidence.

TheSporkBomber: Wait, so a video showing the FCC chairman flaunting his disdain for net neutrality being taken down over a copyright claim by a *record label* is considered justice?

Three years ago on this sub: Obama and net neutrality

And that is just the start. I went through more than a few threads about Obama during his time as president here and people had no problem being critical of the president then.

and so many more.

So when people tell you that attacking trump makes you a shill, or say you are from /politics, ask them what has changed in their life that make them suddenly support a president without question.

People complain about those in power, especially people with a conspiracy bent. The idea is to expose corruption and hypocrisy -at least it used to be. I complained about Obama, and Bush – now it seems we should promote our president and attack hillary (who never even made it to president).

Question authority in those in power. 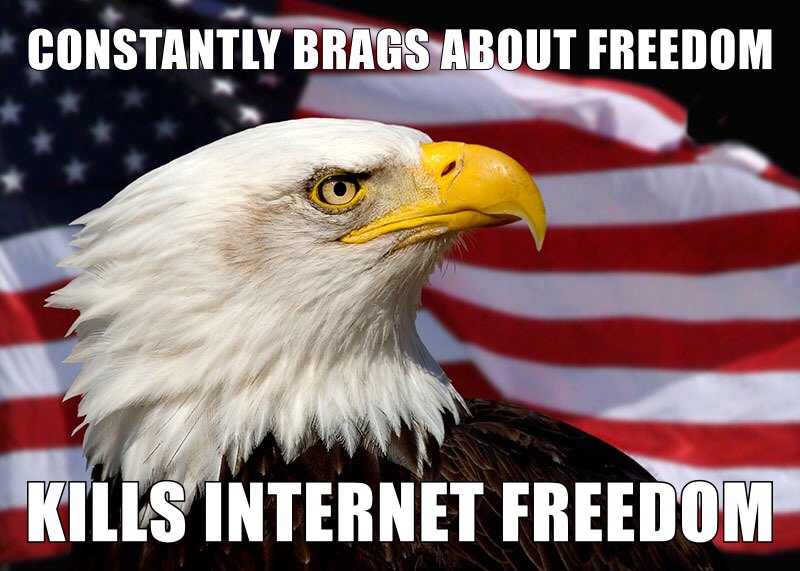 Conservatives aren’t particularly known for their sense of humor, and Ajit Pai has proven in the past that he’s profoundly terrible at telling a joke. On Thursday, he told one bomb after another at a gathering in Washington, DC. Comedy is timing, and Pai thought it was a great moment to get a laugh out of the fact that he’s dismantling the internet at the behest of telecoms.

The FCC’s annual gathering of the Federal Communications Bar Association is kind of like the White House Correspondents Dinner. It’s an annual chuckle-fest in which professionals connected in various ways to the FCC and telecoms hang out and let their hair down (hence the nickname “telecom prom”). The FCC Chairman is expected to roast himself a little bit at these events. And Pai was more than happy to reference all of the big headlines of the last year, in which he’s ignored the desires of an overwhelming majority of the country by deciding to kill net neutrality rules, refusing to follow a legitimate process to hear the public’s comments, and essentially allowing telecoms to dictate policy. Despite the fact that his Chairmanship at the FCC is inherently a joke itself, he didn’t manage to land a single punchline.

Cameras weren’t rolling at the event, but a tipster sent us a stealthy recording of Pai’s standup set. The quality of the video is mercifully poor, so you won’t have to watch Pai as he smirks his way through what sounds more like a confession than an exaggeration.

One of the more egregious of Pai’s jokes, which reflects the frequent accusations that he’s a corporate shill, comes at the 20:00 mark. “In collusion—I mean, in conclusion, sorry, my bad—many people are still shell-shocked that I’m up here tonight,” he says. “They ask themselves, how on earth did this happen?”

Pai then rolls what he describes as a “leaked, 14-year-old video,” saying he can “no longer hide from the truth.”

The video is a skit that opens to 50 Cent’s “In Da Club” and takes place at “Verizon’s DC Office” in 2003, where Pai worked as an attorney before joining the FCC a few years later. A random Verizon executive tells him: “As you know, the FCC is captured by the industry, but we think it’s not captured enough, so we have a plan.”

“We want to brainwash and groom a Verizon puppet to install as FCC chairman,” the executive says. “Think ‘Manchurian Candidate.’”

We’d love to say it’s funny because it’s true. But for some reason, we’re having a hard time laughing.

Update: A helpful reader pointed out that the “Verizon executive” in the video joking about installing a brainwashed “Verizon puppet” as FCC chair (screenshot below) is actually Kathy Grillo, Verizon senior vice president and deputy general counsel.

Didn’t know you could burn a ❄️ 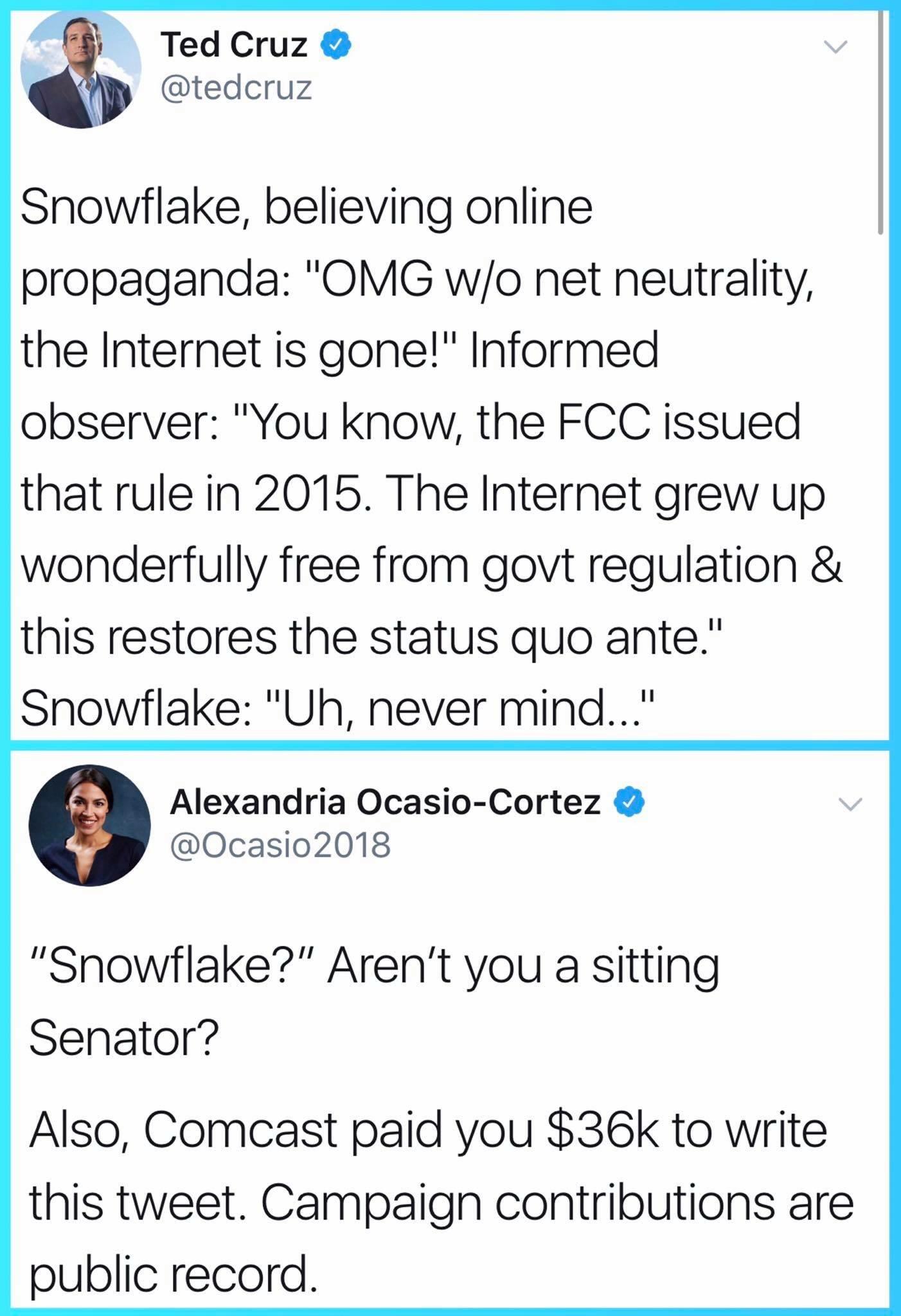 The man who could doom net neutrality: Ajit Pai ignores outcry from all sides

Bhantl01: >Pai has argued that it is the net neutrality regulation that is preventing ISPs from making money to fund new infrastructure – something the ISPs themselves have denied when speaking to their investors.

Here’s a glimmer of hope. Pai is knowlingly lying and possibly obstructing with orders from non-governmental entities. I think of all this horribleness under this administration, Net Neutrality might be easier to reinstitute than most others. But we can’t stop fighting for it.

dwf1967: After watching the Vice interview with him last night I know that no amount of public input will deter his plans. He came off as such a smug, condescending, know it all fuck who is completely convinced he is the smartest man on Earth. F**k him and his stupid f**king coffee mugs.

DroopyScrotum: I’ve written this before—the guy doesn’t care if every single person in the US showed up at his doorstep and said, “Do not do this.” He’d still do it. He’s going to do it. There is one trump voter/supporter I know of who bitches about his internet (comcast/xfinity) bill and I cannot wait to shove this so far up his ass that he can see it when he closes his eyes to sleep at night.

And those who will say, “This isn’t trump.” It is. It is trump, it is the R’s, and it is pai. Every single one of them is on the hook for this.

TiWBolt: “…Nothing you can do, folks. Although the Second Amendment people, maybe there is.” -Trump

Edit: thank you for the gokd king stranger! I feel a little dirty for this being a gilded post, but alas tough times and all that.

Snipercam7: I’m really surprised there hasn’t yet been an assassination on one of Trump’s appointees yet, or a Republican senator. There are people who’re going to be ruined or even killed by their policies, it’s surprising nobody’s hit the endpoint of “F**k it, if I’m dying of cancer/AIDS/easily preventable illness, might as well Second Amendment that f**ker as I go.”.

CampaignVeteran: I would like to smash that moronic giant cup over his head. That is all.

> Why? Because Pai, the chairman of the Federal Communications Commission and former Verizon lawyer, plans to scrap Obama-era net neutrality protections and is ignoring widespread outcry against it.

> Pai has argued that it is the net neutrality regulation that is preventing ISPs from making money to fund new infrastructure – something the ISPs themselves have denied when speaking to their investors. 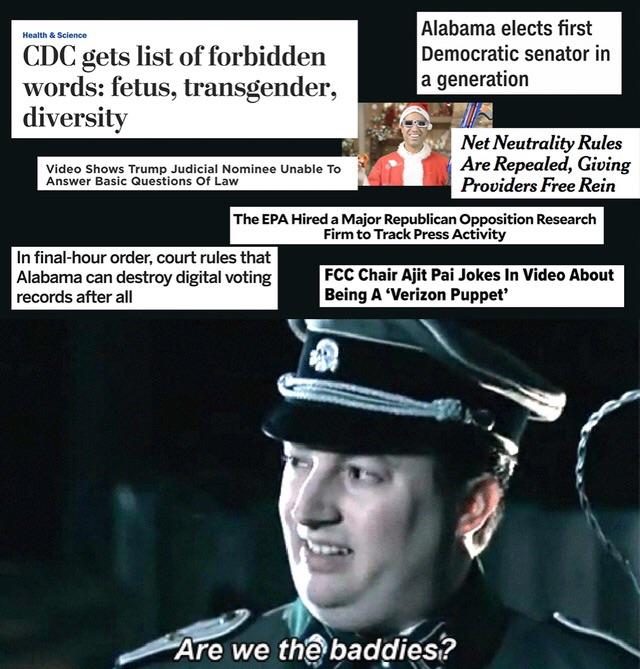 “Honestly, I’m hoping the loss of online gaming will be enough to get Americans to go beyond merely grumbling on the internet into outright riots in the streets”

Good news! Now hates bureaucratic legislation and Chevron Deference: “It can still be stopped by Congress through legislative action.”and “Several states are going to sue the FCC as well. They’re gonna feel the backlash one way or another.”

Previous Post: « Terry Crews: “If I have a timely ‘accident’ – you know where to look.”
Next Post: The GOP Tax Bill Provides Huge Benefits to People Who Don’t Work. But Only if They’re Rich. »