The diverging treatment comes from how the tax bill treats the 95 percent of businesses that are structured so that profits are taxed as individual income. Republicans portray these businesses, which are known as “pass-throughs,” as “ma and pa bakeries and family-owned salons.” In reality, most pass-through income goes to people in the top 1 percent—including the Trump family.

The House tax bill cuts the top income tax rate for pass-throughs from 39.6 percent to 25 percent, which would cost taxpayers nearly $600 billion over 10 years. About 86 percent of small business owners would not benefit because all of their income is already in the 25 percent tax bracket or lower. Republicans’ much-touted ma and pa shops usually don’t earn make enough to be in the top tax brackets, which kick in at $153,000 of taxable income for couples.

“At some point its on you to realize the group you’re a part of has become Nazis and to leave the group and condemn it. Otherwise it’s fair game to be called out for being a Nazi. In this case, it has become very reasonable to describe the Republican party as Nazis” 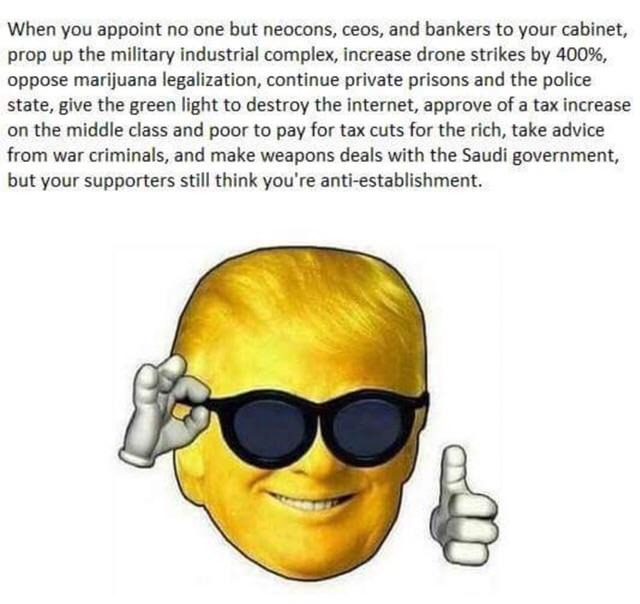 neptunzes: Ask yourself who benefited from the Wall Street bull rally for the past 8 years? Ask yourself have the wages gone up for the average working man? Over the past few decades there has [been a massive transfer of wealth from the middle-class to the top 1%.](https://www.commondreams.org/news/2017/09/28/what-rigged-economy-looks-top-10-now-own-77-american-wealth)

And now we have a tax plan that puts us $1 trillion further into debt to give the rich and corporations a huge cut. Our tax cuts are temporary, while theirs are permanent. And now, the kicker, they are going to cut a tax rate for one of the brackets. And guess who benefits again? Yes, the rich, the top tax bracket are the only ones seeing this.

This is a handout to the rich, paid for by putting our children in debt.

ShitOfPeace: To them, rich people who don’t work = business owners.

First of all, the bill cut all tax rates, so of course the top tax rate should be cut. It’s a tax cut for all incomes. That’s a good thing.

Second, basically no one that owns a business just sits here and waits for it to make money for them.

LordClaranceMcDonald: “The House tax bill cuts the top income tax rate for pass-throughs from 39.6 percent to 25 percent, which would cost taxpayers nearly $600 billion over 10 years.”

Do you not think it’s f’ing ridiculous that anybody should pay 40% of what they make in taxes anyway?

Anything that takes money away from the government is fine with me. It’s a bloated, disgusting, waste-filled wreck and has spent our way to 19 TRILLION in debt (over double in the last 8 years). They don’t need any more of our money to spend.

Flip that. Reverse it. 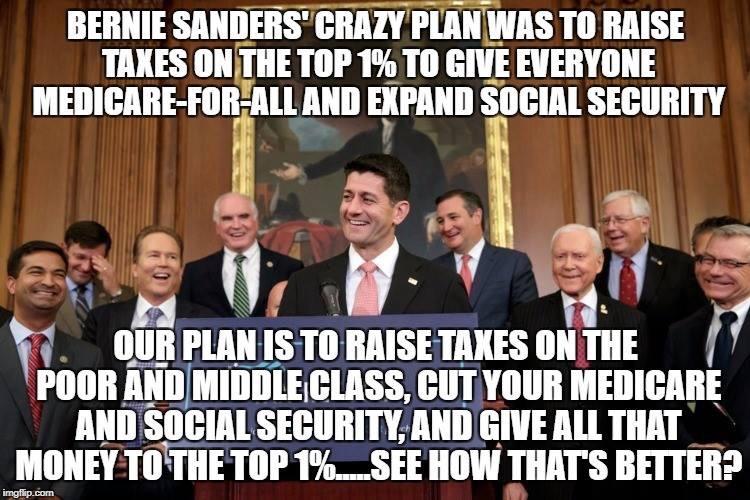 Source
dfu3568ete6: Assange would clearly know…I’m sure Jr has been telling him all about it when they chat on Twitter!

For clarity… Trump chose to run on the GOP platform, has hinted at replacing the Sec of State with the head of the CIA, appointed a cabinet full of Goldman execs, chose Pence as his VP, and stands to directly benefit from the tax plan he’s pushing at the expense of lower/middle class Americans. Nobody has looted shit from Trump, he’s not the victim here he’s been the damn baton twirler leading the coup. Assange just wants everyone getting pissed on to think its rain.

Andromedanus: Jesus Christ, how much are they paying him?

In Assange land, Trump is always the victim. Suspicious as f**k.

fatcIemenza: So are we/Assangeski pretending Trump doesn’t support cutting taxes for his family/cabinet/donors at the expense of Americans who work for a living?

HibikiSS: There seems to be a lot of in-group fighting, but make no mistake. They are all scum.

Max_Fenig: I think Pence is going down with Trump. Incoming, President Paul Ryan.

Quantumhead: Hang on a minute. It was only thanks to Assange releasing Hillary’s emails that Trump won in the first place. The stuff he’s complaining about is his goddamned fault!

Assange was handed the biggest political carrot in history and he bit down hard. 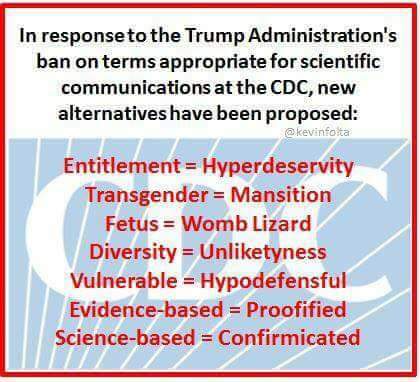 The wealthy seem to have forgotten that social safety nets protect them from the other 99% of the population. [SH] – Bonus, the thread LARPs the revolution.

Did you know tRump is a hobbit? It’s true. Believe me.

Jeff Sessions and Trump Administration double down on the War on Weed, look to attack legal states like Colorado. Big pharma and private prisons benefit Starlifter2: God save us from the drug warriors.

LurkingStoner: Damn little goblin needs a joint more than anyone 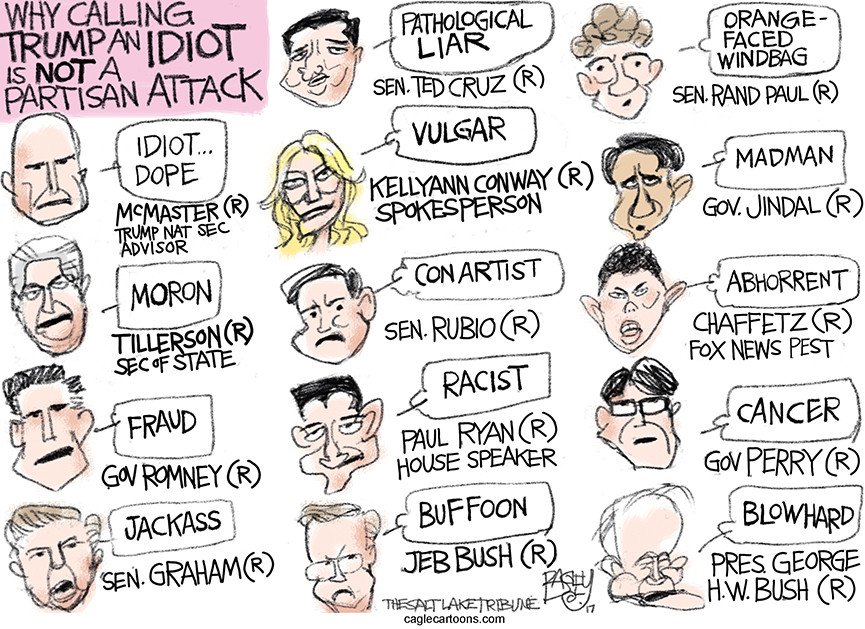 I’m reference to the political bs circulating the internet 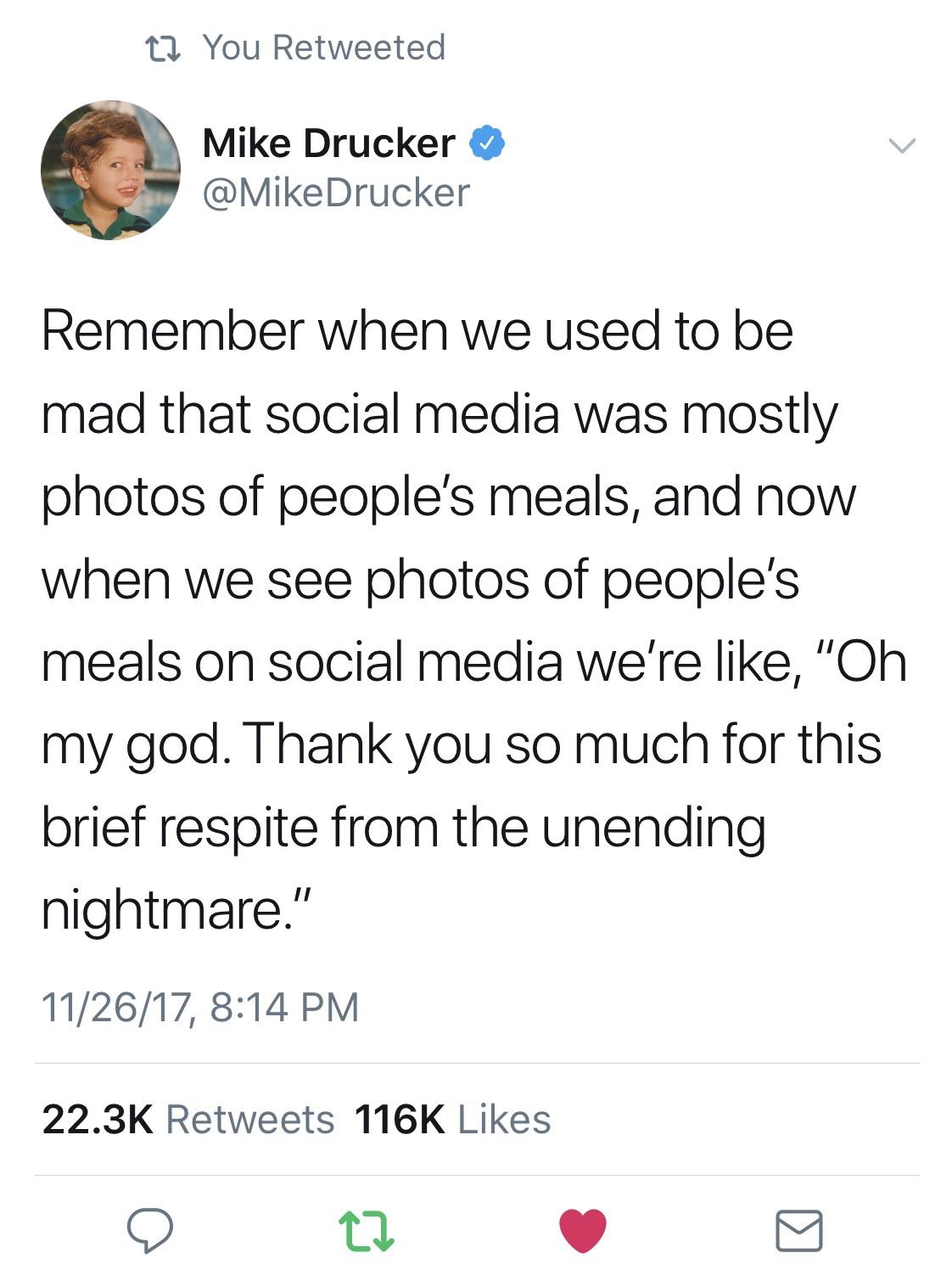 “Omarosa, you declared a ‘Black Woman Civil War’ when you willingly used your status as a Black woman to endorse a White racist piece of shit like Donald Trump for President of The United States.”

A while back Twitter announced that they’d effectively be banning neo-nazis from their service come December 18th. Yes, I know what you’re thinking. 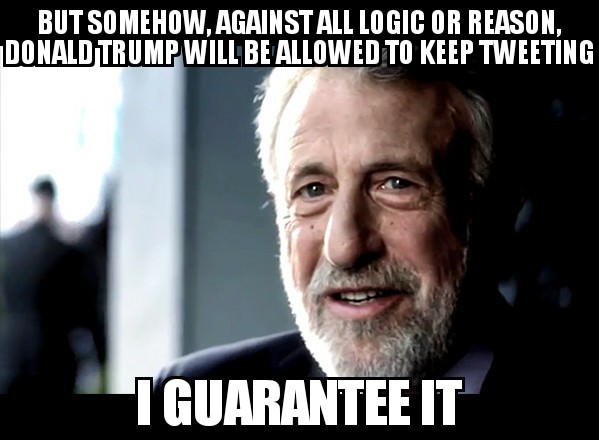 bobroberts87: Thats only $10 per man woman and child. Thats like buying a spotify subscription every day! 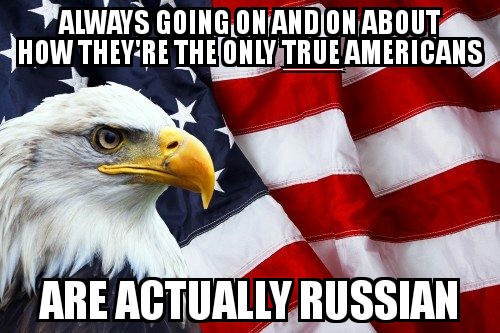 “…American patriotism is just a sad, arrogant, pity party. Get over yourselves and your trumped up tragedies.”

“Rich CEOs are the biggest trash in our society.”